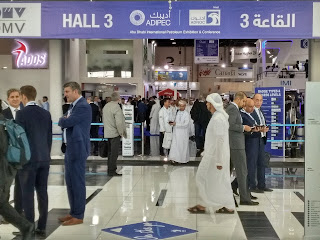 The Oilholic finds himself in the UAE for the 2019 Abu Dhabi International Petroleum Exhibition & Conference (ADIPEC), rounding up day one of the global event with more than a packed agenda to report back.

"Oil and gas will play, as an essential part of the broader energy mix, in enabling tomorrow’s global economy. We have to admit some realities - our industry is being disrupted by new technologies, new forms of energy, a new geopolitical order. This disruption is only beginning and will gather pace," he added.

Away from the VIPs, quite a bit of "Oil and Gas 4.0" kit was on display alongside hydrogen cars, automation equipment and analytics platforms for integrated asset management, interspersed with nuts, bolts and pipeline joints. 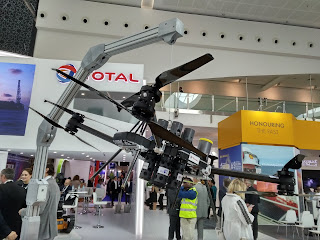 The idea is an ambitious one of establishing Murban – Abu Dhabi's signature crude – as a potential oil benchmark. Here is some background to the development from the Oxford Institute for Energy Studies. (MS Word Download here)

Elsewhere, at the ADIPEC Awards, BP's Dudley, who is due to retire as the oil and gas major's CEO next year, was awarded a lifetime achievement award for his commitment to the energy industry.

That's all for the moment folks, more from here over the coming days. The Oilholic will be moderating and speaking on days two and three as the event gathers further momentum. Keep reading, keep it ‘crude’!