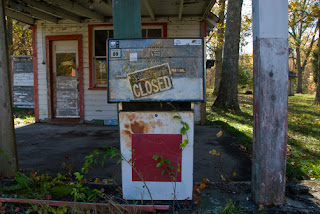 After billions of dollars being spent, delays and pipeline leaks, Kazakhstan's offshore Caspian Sea located Kashagan oilfield – often dubbed ‘cash-all-gone’ by the wider energy industry – is back onstream with its first cargo having been dispatched and a gradual uptick in production to 370,000 barrels per day (bpd) expected by the fourth quarter of 2017.

Discovered at the turn of the millennium, the much maligned Kashagan has cost at least $50 billion so far. A report by CNN Money back in 2012 claimed a staggering $116 billion had been spent, something that those involved hotly contest. Deemed the main source of supply for the Kazakhstan-China Oil pipeline, the field also has a $5 billion stake in it owned by China.

While its good news all around, the only issue is that one of the most expensive offshore oil projects in the world is coming onstream at a time when the oil price is lurking around $50 per barrel and the market is wishing there were fewer barrels of the crude stuff rather than more.

With all gathering and processing infrastructure in place for a 2013 start, including 20 pre-drilled production wells, Kashagan could have captured the upside of record high oil prices if had production continued as planned back then, say the good folks at research and consulting outfit GlobalData. However, a pipeline leak scuppered it all back then and triggered another protracted delay.

Anna Belova, GlobalData’s Senior Oil & Gas Analyst, says,"Instead, the project has restarted in today's oversupplied market, and while the oil price has rebounded, the current levels would not justify Kashagan's full cycle capital expenditure (capex), which exceeds $47 billion to date."

One thing is all but guaranteed; more oil barrels are on their way to the global supply pool. Belova adds: "Current processing capacity for Kashagan’s Phase 1 with all three lines online targets 370,000 bpd, potentially increasing to 450,000 bpd but under the 495,000 bpd capacity.

"With a large number of pre-drilled wells and a multi-stage processing build-up, Kashagan is well positioned to reach its targeted capacity for Phase 1 by 2018. This paves the way for negotiations on full-field development that has a potential bring over 1.1 million bpd to global crude markets."

Wonder if someone has sent the projections to Russia and OPEC? For a real-terms cut of say 1.5 million bpd – should there by one from the first quarter of 2017 onward coordinated by Riyadh and Moscow – would be more or less made up by Kashagan alone within 12 months, forget other non-OPEC producers. What's more, much of it would be going straight via pipeline to China, currently the world's largest importer of crude.

As for the oil price, despite net-shorts being at their lowest in weeks, if US Commodity Futures Trading Commission (CFTC) data is anything to go by, we are still stuck pretty much either side of $50 per barrel. Here's the Oilholic’s latest take in a Forbes post.

Meanwhile, a veritable who’s-who of oil and gas industry arrived in London last week for the Oil and Money Conference 2016, an industry jamboree that could well have been renamed – "Too Much Oil and Less Money" Conference for its latest installment. Beyond the soundbites and customary  schmoozing, this year's Petroleum Executive of the Year was Khalid Al-Falih, who has been in his job as Saudi Energy Minister for a really long five months, but the accolade one suspects was for his role as Chairman of Saudi Aramco.

However, the good thing about these annual industry shindigs is that you get to meet old friends, among whom the Oilholic counts Deborah Byers, EY’s Oil & Gas Leader and Managing Partner of its Houston Practice as one.

While EY is not in the business of price forecasting, Byers suggests the industry is adjusting to a new normal in the $40-60 per barrel range, one that would be hard to shake-off over the short-term barring a high magnitude geopolitical event.

“Even if OPEC cuts production in November, I believe market rebalancing in its wake would only last for a little while, with non-OPEC production also benefitting from any decision taken in Vienna.”

The pragmatic EY expert also doesn’t buy the argument made in certain quarters that the US either is or could be a swing producer. "In a classic sense, Saudi Arabia is the only global swing producer – it has significant reserves, the tapping of which it can turn up or down at will. You cannot replicate that scenario in non-OPEC markets, including the US. What the American shale sector can do is put a ceiling on the oil price and keep the market in check."

Away from oil prices, one final snippet before the Oilholic takes your leave; Moody's has upgraded all ratings of the beleaguered Petrobras, including the company's senior unsecured debt and corporate family rating (CFR), to B2 from B3, given "lower liquidity risk and prospects of better operating performance" in the medium term.

In a move following the close of markets on Friday, the ratings agency said that Petrobas' liquidity risk has declined over the last few months on the back of $9.1 billion in asset sales so far in 2016 and around $10 billion in exchanged notes during the third quarter, which extended the company's debt maturity profile

However, Moody’s cautioned that plenty still needs to be resolved. For instance, sidestepping existing financial woes, low oil prices, a class action lawsuit, the US Securities Exchange Commission (SEC)'s civil investigation and the US Department of Justice (DoJ)'s criminal investigation related to bribery and corruption will negatively affect the company's cash position. Afterall, ascertaining the settlement amount remains unclear, and won't be known for some time yet. That’s all for the moment folks! Keep reading, keep it ‘crude’!

OPEC’s cut is not an oil market panacea

Manic few weeks of travel and speaking engagements meant the Oilholic could not pen his thoughts on the Saudi-Russian agreement over the need to lower oil production, and other OPEC shenanigans sooner.

Plus the last fortnight has given much food for thought news-wise, with the oil price registering a noticeable uptick (see chart left, click to enlarge).

Forget, the world’s two leading producers, it appears all of unruly OPEC is onboard for a production cut too, going by recent soundbites. But is it? Really?

For starters, while the market has been told there is consensus among the cartel's members about the need to cut oil production; details on how OPEC would go about it would only be provided on 30 November, after the conclusion of it’s next ordinary meeting.

It implies that until December, everyone within OPEC can keep pumping regardless, ahead of its pledge to limit “production to a range of 32.5m to 33m barrels per day (bpd).” Seeing is believing, as the old saying goes.

Secondly, how is OPEC going to enforce the quota? That's something it has been particularly poor at going by recent form. The market has not been given individual members’ quotas since 2008, and OPEC's latest monthly report acknowledges the prospect of rising production from Libya and Nigeria.

So assuming Libya, Nigeria, Iraq and Iran would not partake in either cutting or freezing production – will it be left to Gulf oil exporters, led by the Saudis, to cut production? The Oilholic finds that very difficult to believe, but stranger things have happened.

Thirdly, will the latest attempt succeed and are the Russians really in agreement this time around? That is anybody’s guess, but if it fails – OPEC and Russia will have a serious credibility problem for the future, as it would be the third attempt at capping crude production this year alone to falter.

For all intents and purposes, it appears both OPEC and Russia are aiming for a $60 per barrel oil price. If that is their aspiration, it would suit North American players just fine, whose pain threshold - in the Oilholic's opinion - happens to be around $30 per barrel.

Anyway you look at it, non-OPEC production will rise. So such short-term overtures, should they materialise, are bound to reap only short-term rewards. That's all for the moment folks! Keep reading, keep it 'crude'!