The 23rd World Petroleum Congress (WPC) – widely regarded as the oil and gas industry's most prestigious and high profile global event – returned to Houston, Texas, US this week. It's taking place from December 5-9, 2021. Often described as the "Olympics" of the energy business, the World Petroleum Congress has been held since 1933 when London hosted its first round.

From 1991 onward, the event has gone on to be held every three years. After a COVID-19 enforced delay in 2020, which pushed the event forward by a year to December 2021, Houston hosted the event for a second time, having previously hosted the 12th WPC in 1987. This blogger is privileged to be here and delighted to bring you some glimpses of this prestigious event. 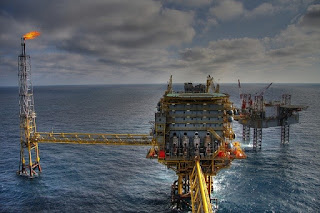 The first crude quarter of 2021 threw up a number of interesting developments for the oil markets, from fluctuating price sentiments to a divergence of views on the global supply-demand dynamic. More on market permutations later, but the Oilholic would like to kick-off this post by flagging a historic development that carries the potential of bringing about profound changes to the crude futures market – the launch of the Murban Futures contract.
It had been long-time coming with ambitions for the contract launch first surfacing early in 2019, and official confirmation arriving later that year. Market upheaval caused by the Covid-19 pandemic pushed the launch forward to 2021, when on March 29 the contract launched with a debut price of $63.43 per barrel.
And with it history was made – Murban, traded on IntercontinentalExchange Futures Abu Dhabi, is the world's first futures contract predicated on the Abu Dhabi National Oil Company's (ADNOC) flagship onshore crude oil. It means the offered market positions are directly linked to a major regional production centre.
Alongside ADNOC as its backer, are nine of the world's largest energy traders including BP, ENEOS, GS Caltex, INPEX, PetroChina, PTT, Shell, Total and Vitol. Their hope is that physical oil traders use it as a benchmark, and price quality differentials off it accordingly as is the case with Brent. If physical traders are convinced that the new benchmark is reasonably liquid, it would take liquidity away from WTI, Brent and Dubai crude.
That is no mean feat and there have been previous false dawns in the region. To improve the odds of the benchmark's success, ADNOC has removed destination restrictions on the crude setting Murban apart from its regional competitors who have historically been bogged down by such limitations. And Asian refiners will now have a direct means to hedge against shifts in the price of Murban, rather than using derivatives linked to Dubai crude.
Of late, ADNOC’s production levels have averaged above 2 million bpd, with half of it set aside for the export market. In Fujairah - the main delivery point for Murban - ADNOC is currently building underground storage caverns that will be able to hold 42 million barrels of crude, including Murban. This will further strengthen the physical barrel underpinning of Murban futures. All in all, a very noteworthy development that carries a reasonably high chance of success over the coming years. Here's the Oilholic’s more detailed take on the development via Forbes.
Switching tack from the debut of Murban futures to the crude world in general, bullish sentiment that took hold in November 2020 has catapulted oil prices from $40 to $60-plus levels for both Brent and WTI. There's now chatter of $100 per barrel medium-term prices and a spike to even $190 in certain circumstances if you are to believe JPMorgan.
This is nothing short barmy chatter by the longs and is wildly optimistic. In terms of reconciling expected crude oil demand in a post-Covid world versus supply, the Oilholic reckons the paper market is running two to three quarters, or around $5 per barrel, ahead of the physical market.
Economic output in key markets remains sluggish, while the International Energy Agency (IEA) does not expect crude demand to catch up with supply until the third quarter of 2021. As for OPEC+, while its market calls on March 4 and April 1 have been described as bullish, they are in truth really bearish.
On March 4, OPEC+'s headline production cut level was pegged at 7 million bpd, along with an additional and surprising voluntary cut of 1 million bpd by Saudi Arabia alone. However, Russia and Kazakhstan were allowed to marginally increase their output to keep the OPEC+ peace.
And on April 1, OPEC+ said an additional 350,000 bpd will be added to production, with another 350,000 in June. From July, output will be increased by 450,000 bpd. Both OPEC+ announcements cheered the bulls. However, the market remains in real danger of getting ahead itself. That’s all for the moment folks! Keep reading, keep it crude!
To follow The Oilholic on Twitter click here.
To follow The Oilholic on Forbes click here.
To follow The Oilholic on Rigzone click here.
To email: journalist_gsharma@yahoo.co.uk
© Gaurav Sharma 2021. Photo: Kristina Kasputienė from Pixabay
Posted by Gaurav Sharma at 4/02/2021 02:40:00 pm No comments: