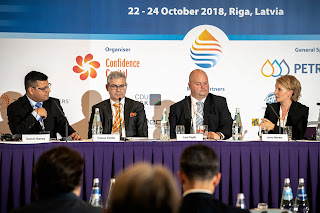 The Oilholic found himself in the Latvian capital of Riga for a speaking engagement at the 8th Baltic Oil and Gas Trading and Transportation Conference held there from October 22-24.

Packed over two days, yours truly touched on the market drivers of energy prices – including Iran sanctions, global energy demand prospects, OPEC and the emerging energy mix. Of course, key on the agenda was the emergence of US LNG cargoes to the Baltics. To say that the Baltic states of Estonia, Latvia and Lithuania are spooked by their reliance on Russian natural gas imports would be an understatement.

Enter Lithuania's Klaipeda LNG Terminal which has already received its first LNG cargo from US (back in 2017). It has also meant that Vilnius' reliance on Russian imports is now down to 50%, but that of Estonia and Latvia remains stubbornly high at 75%.

However, for all of that, the Oilholic noted that US imports are unlikely to arrive in appreciable volumes, but rather serve as a corrective mechanism on pricing the Baltics receive from Russia's Gazprom. In any case, much of the imported LNG coming in via Klaipeda is under a long-term agreement with Norway's Equinor.

One also doubts the Americans are too bothered about the Baltics in volume terms as they chase offtake agreements in Asia's lucrative markets. That's all from the beautiful city of Riga folks on this quick turnaround. Keep reading, keep it ‘crude’!

Kerfuffle over fracking in the UK

Earlier this week the Oilholic noted plenty of predictable commotion as the UK finally got fracking following years of legal limbo. On Monday (October 15), Cuadrilla confirmed it had started fracking at its natural gas prospection site in Little Plumpton, Lancashire, after the failure of a legal challenge the previous week.

Here's the Oilholic's take on the development via Forbes, but amid the pro and anti-fracking hot air, shouty crackers and genteel debaters, statements and counter-statements, an interesting report from the pro-shale 'Global Warming Policy Foundation (GWPF)' found its way into this blogger's mailbox.

Having done a review of UK media coverage about fracking, it concludes that major outlets have been "hyping claims of environmentalists while playing down the benefits" of shale gas. GWPF's Andrew Montford is particularly scathing about the output of the Guardian and the BBC.

"They tend to recount wild stories and then move on without correcting the record. The public should therefore be very cautious about what they read on the subject in the next few weeks, as shale gas fracking begins in the UK."

Here is Montford's review (PDF download); you be the judge of it! That's all for the moment folks! Keep reading, keep it 'crude'!

To RDSA or RDSB - that's the question?

A number of readers - with interest in Royal Dutch Shell shares - often write to the Oilholic asking which of its listings, RDSA or RDSB, should they opt for? Short answer, if you are based in the UK, is RDSB, as the A listing carries an exposure to the Dutch taxman. It will eat into you dividend earnings unless you happened to be based in the EU27.

That matters because the Anglo-Dutch oil giant is a reliable dividend stock, and has not failed to pay an annual dividend since World War II. Here is the Oilholic's more detailed explanation on Forbes outlining which listing you should buy in to depending on where you are based, once you have made your mind up about investing in Shell. Just a quick quip, more later! Keep reading, keep it crude! 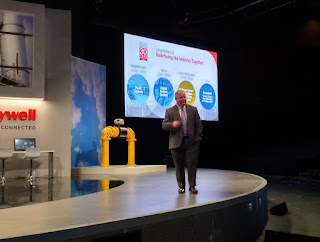