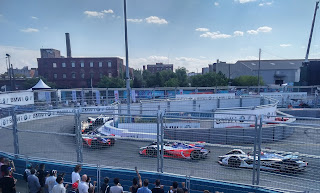 Welcome to Formula E – the world's first fully electric global motor racing series – with several ex-Formula 1 converts both in and outside the drivers' cockpit. The 2.37km racetrack with 14 turns in Brooklyn's Red Hook neighbourhood, adjacent to the cruise ship terminal, saw twenty-two cars compete for 45 mins plus a final lap in the championship's concluding race in Sunday.

After all the racing, crashing, jostling and competing was done and dusted, Dutchman Robin Frijns claimed the race victory, while Briton Alexander Sims, and Swiss driver Sebastien Buemi finished in second and third respectively. 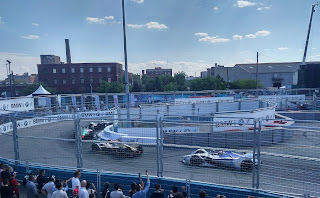 Of course, the day in the New York sunshine belonged to Frenchman Jean-Eric Vergne of Team DS Techeetah, who became the first double Formula E champion at the season's finale.

Going into Sunday's (July 14) race, Mitch Evans and Lucas Di Grassi were championship contenders, and both needed at least a race win to claim the title. However, Di Grassi's attempt to overtake Evans ran them both into the wall, handing their rival the advantage. The action certainly delighted the competition's backers.

Not least, Swiss electrification and robotics giant ABB; the headline sponsor of the Formula E circuit. The company feels the sport is a joy for motoring purists. Consider this - the 2019 championship had eight different winners in the first eight races, although Vergne ultimately surged ahead with a second victory of the season in Monaco. 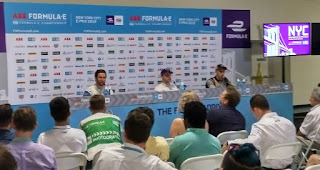 From ABB's perspective, the obvious brand equity and exposure aside, the company is using its track connections and participation as a "fertile testing ground" for global mobility's inexorable march to a low carbon, zero-emission future.

Frank Muehlon, Managing Director, EV Charging Infrastructure at ABB, told the Oilholic that the company's association with the sport is not just a routine sponsorship but a vital partnership. "From the circuit safety cars to all the teams, our charging infrastructure is at the heart of it all."

As headline sponsor, the company partners with all racing teams and offers bespoke high power charging equipment to sister races such as Jaguar Land Rover's I-Pace e-trophy, which runs teams of its I-Pace electric SUV model before most, if not all, of the Formula E races.

"Advanced data gathered at this very race, and others over the course of the season, feed into our research and development efforts run from three global labs (two in Europe and one in China)." 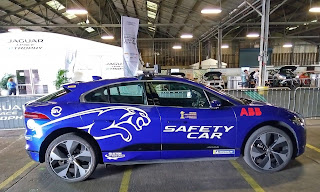 "We are an equal partner to all, and by that I don't imply just the teams you see on track, but anyone in the global automaking world who is getting serous about electric vehicles. Let's face it, that's pretty much every global automaker these days."

At the heart of it all is promoting e-mobility, bringing down charging times and enhancing battery performance. On the latter point at least, Formula E offers a case in point. Not that long ago the drivers needed to change cars midway through the race as the battery could not cope with the rapid drain on it.

However, with an enhanced battery life and back up charging technology, the current Generation 2 Formula E cars last the length of a 45 minute race plus an additional lap.

Looks like we are in for an 'electrifying' progression ahead when it comes to electric mobility, both on and off-track, ABB is certainly counting on it. That's all from the Brooklyn racetrack folks with no petroheads around.