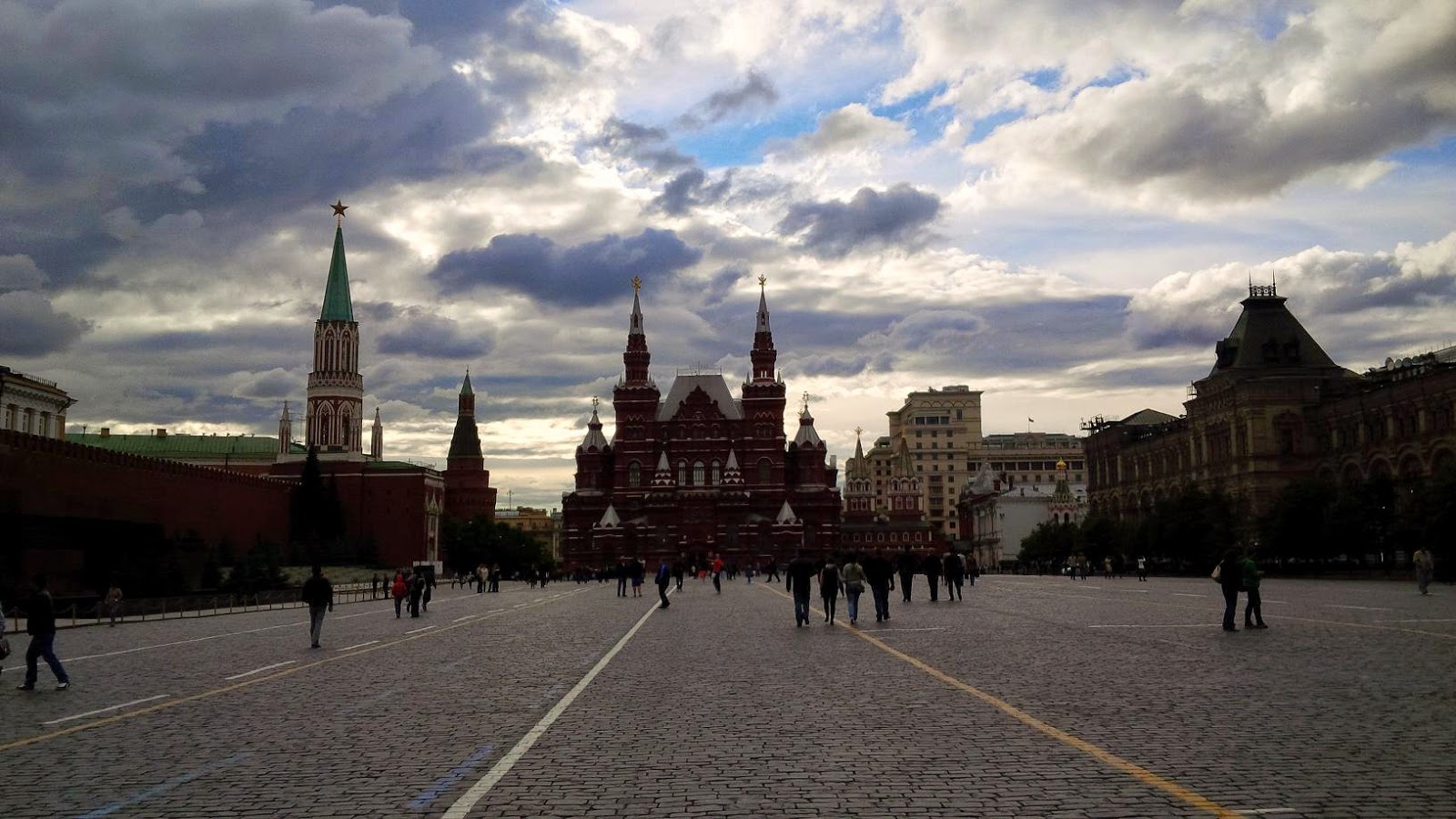 The 21st World Petroleum Congress came to a close last evening at the mammoth Crocus Expo Center in Moscow, and its almost sundown here at the Red Square. A hectic five days gave plenty of food for thought and 'crude' tangents for discussion.

As noted on Tuesday, the Ukraine standoff failed to overshadow the event, as a veritable who's who of the oil & gas industry turned up regardless. Most movers and shakers, whether correctly, conveniently or cleverly, cited the premise that the Congress was a global event being hosted by Russia, and not a Russian event. So, in the eyes of most, there was no place for international politics. But it was certainly the place for industry intelligence gathering on an international scale.

If anything, it was the events in Iraq that cast a shadow over discussions rather than Ukraine. And with a rather eerie coincidence, just as the Congress came to a close on Thursday, the Brent front month futures price spiked to an intraday high of US$115.71 per barrel. That's the highest on record since September last year.

Most analysts here for the Congress noted that the speed with which the events are unfolding is most troubling and has serious implications for the oil price. For the present moment, the Oilholic is maintaining his price range prediction for Brent in the range of $90-105 circa. Instead of rushing to judgement, given that the US need for Middle Eastern crude oil is narrowing, this blogger would like to monitor the situation for another few weeks before commenting on his price prediction.

Meanwhile, Iran is out in force in Moscow pitching $100 billion worth of oil & gas projects. Additionally, among the many views on where to turn for new hydrocarbon resources, Arctic oil & gas exploration seems to be all the rage here. Here is the Oilholic's take in a Forbes article.

Elsewhere, executives from Saudi Aramco to Shell stressed the need to reduce output costs. Or to cite one senior executive, "We're seeking to either equal or better costs incurred by US unconventional plays." Drilling for oil has various permutations, but if natural gas is the objective, the target should be around $2 per thousand cubic feet, according to various US commentators here.

The oil & gas industry as whole is likely to need financing of $1 trillion per annum over the next 20 years as unconventional plays become commonplace, at least that's the macro verdict. Speaking in Moscow, Peter Gaw, managing director of oil, gas and chemicals at Standard Chartered, said the banking sector could meet the demands despite a tough recovery run from the global financial crisis.

Andy Brogan, global leader of EY's oil & gas transactions, said the diversity of projects both in region and scope is evident. Asia Pacific and Latin America should be the two regions on the radar as some financiers attempt to move beyond North America. Sounding cautiously optimistic, Brogan added that the post-crisis "appetite" is gradually returning.

A senior US industry source also told the Oilholic that Bakken capex could top all industry estimates this year and might well be in the $20-25 billion range. Away from financing, a few other snippets, the Indian delegation left pledging more information on a new rationalised tax regime, licensing policy, and a move on its highly political subsidies regime.The world's fourth largest energy consumer is looking to stimulate foreign investment in its oil & gas sector. However, to facilitate that, India's new Prime Minister Narendra Modi knows he has to shake things up. 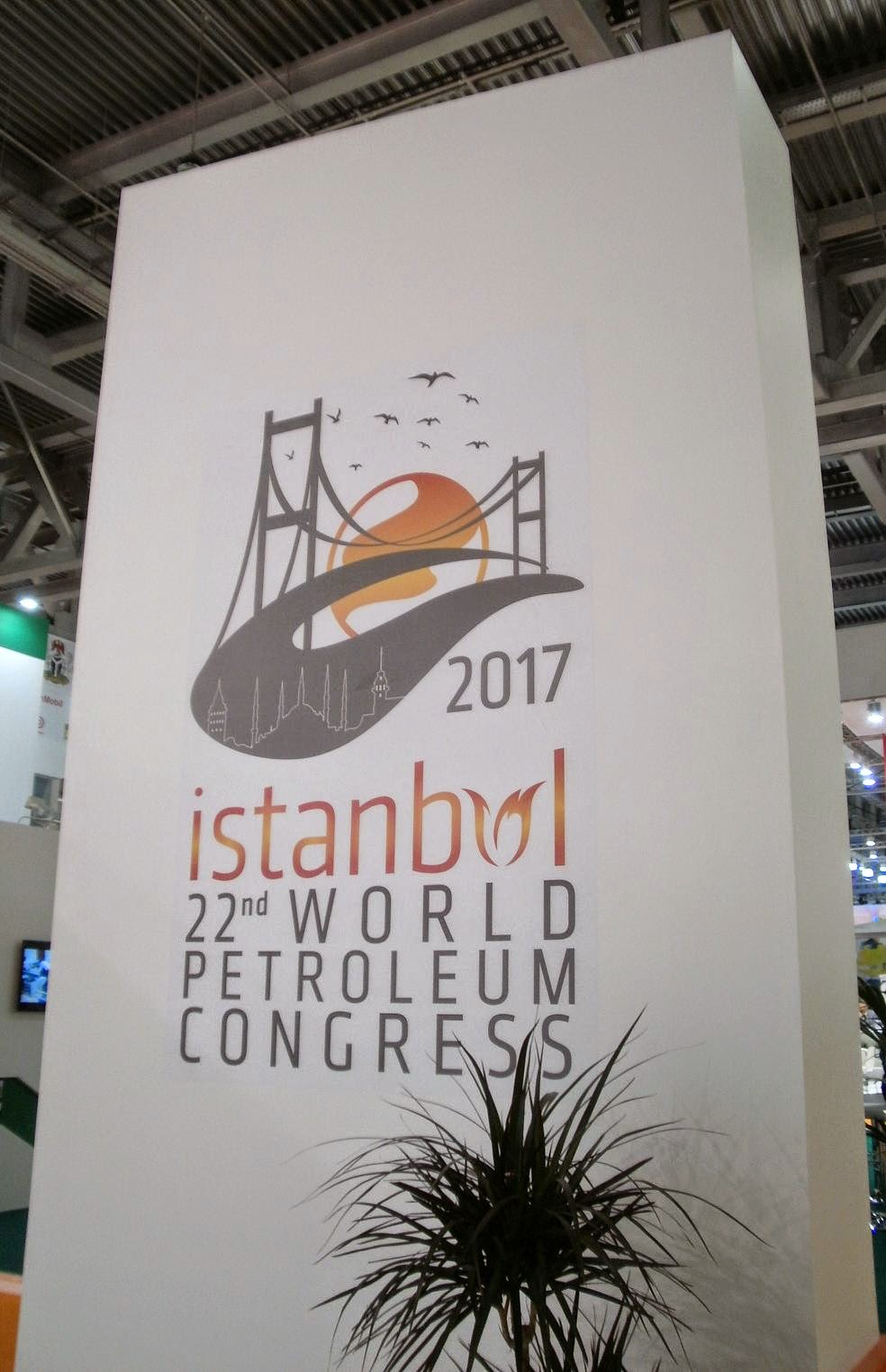 While the rest of us were in Moscow, Chinese Premier Li Keqiang and British Prime Minister David Cameron were among onlookers as the deal for up to 1.5 million tonnes per annum of LNG starting from 2019 was being inked.

Lastly, it has to be said that over the first two days of the Congress, the Oilholic nipped in and out of 8 forums, talks and presentations and one keynote. Not a single one passed without 'shale' being mentioned for better or for worse!

That brings yours truly to the final thoughts from Moscow and there's more than one. Firstly, the Congress has widely acknowledged the US shale bonanza is now firmly beyond doubt. Secondly, the thought that Arctic oil & gas exploration is the next 'final frontier' is getting firmly entrenched in the thinking of most here in Moscow.

Finally, Istanbul should be congratulated on being named the host city of the 22nd World Petroleum Congress. By the time delegates arrive in town in 2017, the 'Kanal İstanbul' project should be well underway and the fate of the world's second-busiest oil & gas shipping artery – the Bosphorus – could make a good starting point.

On that note, its time to say Dos Vedanya to Russia and take the big flying bus home to London Heathrow! Here is a selection the Oilholic's photos from the Congress, which has been a memorable outing. It was an absolute pleasure visiting the Russian capital after a gap of 10 years, but sadly that's all from Moscow folks. Keep reading, keep it 'crude'!