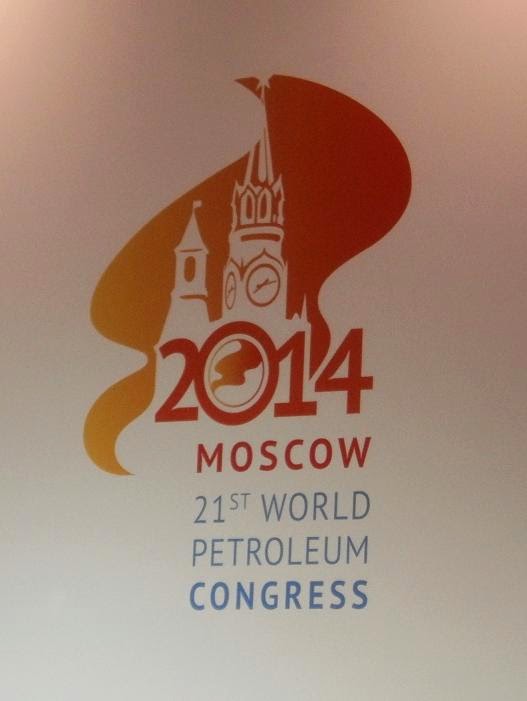 The Oilholic finds himself in Moscow for the 21st World Petroleum Congress, following on from the last one in Doha three years ago. However, what's different here is that while the Congress is a global event – often dubbed the Olympics of the oil & gas business – the 2014 host government Russia is involved in a face-off with the West over Ukraine.

There were whispers on Sunday that some governments and corporates alike would boycott the Congress. However, based on evidence here on the ground over the first day and half, the gossip seems to be unfounded.

At the mammoth Crocus Expo Centre, mingling with some 5,000 delegates are IOC and NOC bosses of every colour, stripe or nationality. Government representatives from around the world seem to be in solid attendance too. For instance, India's new Petroleum and Natural Gas Minister Dharmendra Pradhan seems to be a popular man with delegates doubtless wishing to gain insights into Prime Minister Narendra Modi's energy policy.

On the other hand, the US government has sent no high level representative and while the Canadians are here, the all important oil producing province of Alberta has decided, as one source says "not to participate." That aside, doing a like-for-like comparison with Doha, this blogger sees no reduced levels of participation.

Those who are here saw ExxonMobil chief executive Rex Tillerson, attending (and addressing) his fourth WPC. Tillerson called for a push on unconventional including Arctic drilling accompanied by "wise environmental stewardship."

"We must recognise the global need for energy is projected to grow, and grow significantly," he added. Close on Tillerson's heels, OPEC Secretary General Abdalla Salem El-Badri told the Congress: "In a global energy future, and with connected markets, no one party can act alone. We need shared solutions for market stability."

Acknowledging his hosts, El-Badri added that there were healthy partnerships between Russian oil companies and OPEC member NOCs choosing to flag-up the global footprint of Lukoil as an example."Russia a key partner in the global energy supply equation as the world's second-largest oil exporter," El-Badri said further. 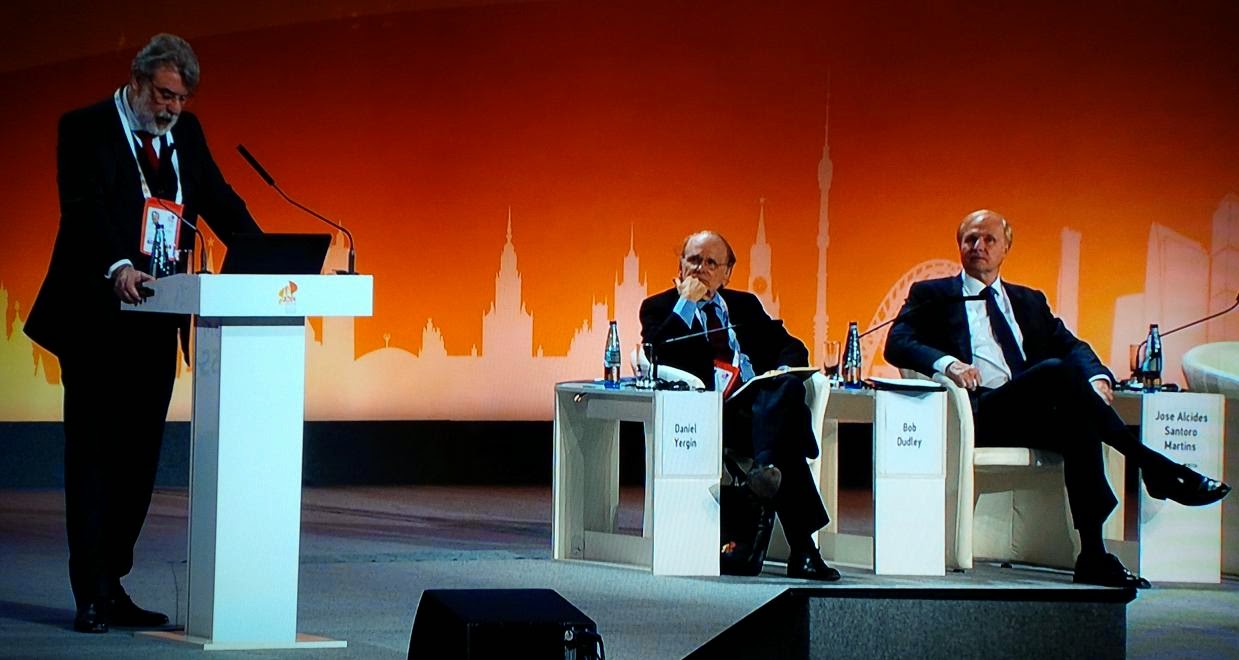 This morning, BP's boss Bob Dudley said the US shale bonanza had to be taken into context before jumping to global conclusions.

"Not all shale is good from a commercial standpoint," he said sharing the stage with Daniel Yergin (Pulitzer Prize winning author and IHS Vice chairman) and Jose Alcides Santoro Martins (Director of energy & gas and board member of Petrobras).

Dudley also said oil & gas sector project investment these days was driven by much better capital discipline. The industry had learnt and there was ever greater ROCE (return on capital employed) scrutiny.

Earlier, Dudley's PR boys managed a bit of a coup by timing the release of the company's latest Statistical Review of World Energy, one of the industry's most recognised annual research reports, on the first day of the Congress. BP's 63rd annual statistical trend update since 1952 noted that last year China, USA and Russia were the three largest consumers of oil and gas.

US and China collectively accounted for 70% of global crude oil demand. More generally, non-OECD demand for 2013 came in below average, while OECD demand, propped up by the US was above average, according to BP Chief Economist Christof Ruhl, soon to be Abu Dhabi Investment Authority's inaugural global head of research.

Tight oil plays edged US production up by over 1 million barrels per day (bpd) to 10 million bpd; the country's highest production rate since 1996. Ruhl opined that this was largely behind relatively stable global oil prices as North American output matched each supply disruption in the Middle East and North Africa virtually "barrel for barrel."

Finally, general analyst consensus here about Iraq is that the trouble itself is not as worrying as the speed with which it has unfolded, raising serious questions about the territorial integrity of the country. Additionally, there could be some long term implications for the oil price.

Alex Griffiths, head of natural resources and commodities at Fitch Ratings, acknowledges that the seizure of Mosul and attacks on Tikrit by ISIS are not an immediate threat to Iraq's oil production, or the ratings of Western investment-grade oil companies.

The areas under attack are not in Iraq's key oil-producing regions in the south or the additional fields in the northeast as discussed earlier on this blog.

"However, if conflict spreads and the market begins to doubt whether Iraq can increase its output in line with forecasts there could be a sharp rise in world oil prices because Iraqi oil production expansion is a major contributor to the long-term growth in global oil output," Griffiths added. That's all from Moscow for the moment folks! Keep reading, keep it 'crude'!