The morning so far at Helferstorferstrasse 17 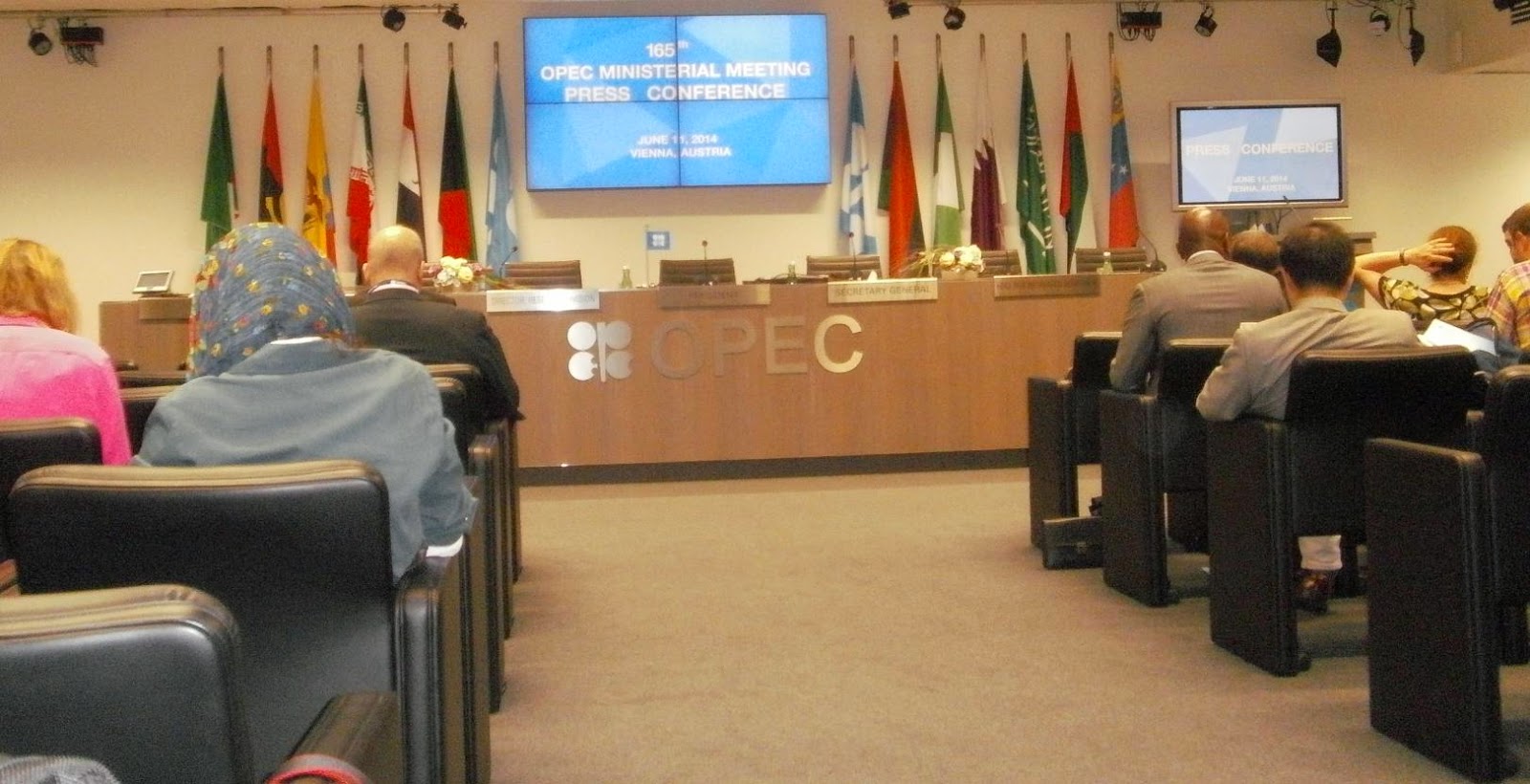 The scribes, the analysts, the bloggers and the camera crews are all bundled into the media briefing room as the 12 OPEC ministers begin their closed door proceedings for the 165th meeting of the OPEC conference. While an announcement on where the quota will be left at is expected at 14:00 CET, here’s what we know so far. Beginning with (who else) Saudi Oil Minister Ali-Al Naimi, the kingmaker opined this morning that the global oil market was ‘balanced’ at a media scrum.
Given all the years the Oilholic has been here, including a previous direct natter with the minister himself, that’s a clear indication that the quota will be staying at 30 million barrels per day (bpd). Elsewhere, those in the wider analysts’ community would perhaps like to know that Libya's man at the table is Omar Ali El-Shakmak, according to a last minute communiqué.
Finally, it is manifestly obvious here at Helferstorferstrasse 17 that Nigeria’s petroleum minister Diezani Kogbeni Alison-Madueke is trying to muscle in to the Secretary General’s chair long occupied by Libya’s Abdalla Salem El-Badri, as the organisation has failed to agree on a compromise candidate to succeed him so far.

However, Alison-Madueke has strongly denied lobbying for the position. "The Secretary General is appointed by consensus, not lobbying," she said ticking off a few forceful questioners from newswires.

As for the office stuff, El-Shakmak, who is also officiating as president of the present meeting, acknowledged the deceleration seen this year in the emerging and developing economies who are fast becoming the organisation’s biggest clients.

"India has continued to recover from last year's slowdown, but Russia, China and Brazil have experienced slower output for a variety of reasons. World oil demand is expected to grow by 1.1 million bpd to average 91.2 million bpd in 2014. The bulk of this growth is expected to come from non-OECD countries."

Non-OPEC oil supply is also anticipated to rise this year by 1.4 million bpd to reach 55.58 million bpd. "This growth will mainly come from North America and Brazil, while Norway, the UK and Mexico are expected to decline," El-Shakmak explained.

More importantly, the OPEC Reference Basket has remained fairly stable over the last two years or so, with annual averages ranging between roughly US$105 and $110 per barrel.

"In the past half-year, the Basket has averaged above $104 per barrel from January to May. This is a level that is acceptable to both producers and consumers," he concluded. Indeed sir. That's all for the moment folks! Keep reading, keep it 'crude'!