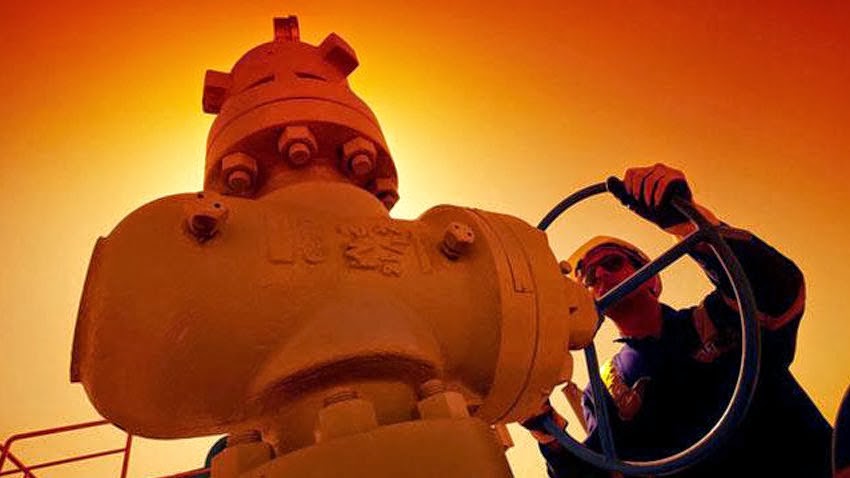 Just as the OPEC conference dispersed here in Vienna, the speed with which the situation in Iraq has deteriorated has taken the market by surprise. Can't even blame Friday the 13th; the deterioration started a few days before.

There was not an Iraqi official commentator in sight when the trickle of news turned into a flood announcing the rapid advance of Sunni militants (or the Islamic State in Iraq and the Levant, an al-Qaeda breakaway) across vast swathes of the country to within touching distance of Baghdad.

The market is keeping reasonably calm for now. However, both Brent spot and futures prices did spike above US$113 per barrel at one point or another over the last 72 hours. We're already at the highest levels this far into 2014. The Oilholic has always been critical when paper traders jump to attach instant risk premium to the crude price at the slightest ripple say in Nigeria or Libya. However, this alas is something else and it matters.

For starters, Iraqi production was on a slow and painful recovery run. The trickle of inward investment had started and Kurdish controlled areas weren’t the only ones seeing a revival. This is now under threat. Secondly, a visibly deteriorating situation could draw Iran into the tussle and there are some signs of it already. Thirdly, it has emboldened Kurdish security forces to take over Kirkuk, with unhidden glee. This could dent ethnic calm there in that part of the country.

Fourthly, Iraq despite its troubles remains a key member of OPEC. Finally, if you look at a map of Iraqi oilfields, the areas now held by the insurgents would trouble most geopolitical commentators as they cover quite a few hydrocarbon prospection zones. Add it all together and what's happening in Iraq, should it continue to deteriorate, has the potential of adding at least $10 per barrel to the current price levels, and that’s just a conservative estimate.

If Iraq gets ripped apart along ethnic lines, all projections would be right out of the window and you can near double that premium to $20 and an unpredictable bull run. That tensions were high was public knowledge, that Baghdad would lose its grip in such a dramatic fashion should spook most. There is one but vexing question on a quite a few analysts’ minds – is this the end of unified Iraq? The Oilholic fears that it might well be.

Away from this depressing saga, a couple of notes from ratings agencies to flag up. Moody's says the outlook for global independent E&P sector remains positive. It expects growth to continue over the coming 12-18 months, with no "obvious catalyst" for a slowdown.

Analyst Stuart Miller reckons unless the price of crude drops below $80 per barrel, investment is unlikely to fall materially for oil and liquids-oriented companies such as Marathon Oil, Whiting Petroleum and Kodiak Oil & Gas.

"The positive outlook reflects our view that industry EBITDA will grow in the mid- to high-single digits year over the next one to two years. Stable oil and natural gas prices will enable E&P companies to continue to invest with confidence, driving production and cash flow higher," Miller added.

However, a lack of gathering, processing and transportation infrastructure will continue to plague the industry, though to a lesser extent than in the past couple of years. The completion of infrastructure improvements will unshackle production growth rates for companies such as Continental Resources and Oasis Petroleum in the Bakken Shale, and Range Resources and Antero Resources in the Marcellus Shale, according to Moody's.

Out of the major European oil and gas companies, Fitch reckons Total could have a head start over rivals if European shale gas production ramps up, because of the experience it has gained from investment in UK shale.

The group became the first Western oil major to invest in UK shale after agreeing to take a 40% stake in two licenses earlier this year. Total would also be well positioned if France followed Germany and decided to ease restrictions on shale gas production, as its home market is thought to have some of the largest shale gas reserves in Europe.

Jeffrey Woodruff, senior director at Fitch Ratings, said, “If European countries want to cut reliance on Russian gas, other potential routes include greater use of LNG. BG will be one of the first European companies to export LNG from the US, due to its participation in three of the six projects that have been approved by the US Department of Energy to export LNG.”

All of this is well and good, but as the Oilholic noted in a Forbes post earlier this month, Europeans need to be both patient and pragmatic. The US shale bonanza took 30 years to materialise meaningfully, Europe's is likely to take longer. Speaking of shale, here is one's take on why US shale would not hurt OPEC all that much, as legislative impediments prevent the US from exporting crude oil and by default do not give it the feel of a global bonanza. That's all from Vienna folks. Next stop Moscow, for the 21st World Petroleum Congress. Keep reading, keep it 'crude'!