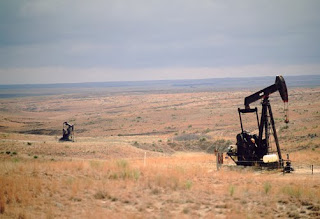 That there are distressed oil and gas assets stateside is pretty obvious. The damage was done, or rather the distress was caused, long before the crude oil price started lurking in its current $40-50 per barrel range, with no guarantees and only calculated guesses on where it is going next.

Actually, nowhere but the current range, as some, including the Oilholic, say. We’d agree that the high yield debt market is in the doldrums, and pretty much since the oil price slump began in 2014 we are told private equity players are sizing up the level of distress and waiting for a timely swoop for assets armed with billions of dollars.

There is only one problem – the bid/ask differential. Some, not all, sellers of distressed assets are still in denial and holding out for a better price. Buyers themselves, to be read as private equity buyers, are no mugs either and won’t buy any old asset at any old price. It then bottles down to the buying the right asset at the right price in a high stakes game, to quote not one but several of this blogger’s friends who addressed the Baker & McKenzie Oil & Gas Institute.

Then again other industry contacts, whom yours truly interacted with at the Mergermarket Energy Forum, say there is evidence of the bid/ask differential narrowing considerably relative to last May because some sellers literally have no choice and are desperate.

But now the PE guys want ‘quality’ distressed assets and some, as has become apparent in the Oilholic’s discussions with no less than 20 industry contacts and having participated in three oil and gas events (and counting) since Monday.

Anecdotes go something like this – some PE firms no longer want to buy an asset from a distressed oil and gas firm in Chapter 11 bankruptcy proceedings, but rather wait for it to actually go bust and then go for the target asset on much better terms, despite the obvious risk of losing out on the deal should another suitor emerge during the game of brinkmanship.

The debate will rumble on for much of 2016 with close to 70 US oil and gas firms having filed for bankruptcy this year alone! You get a sense in Houston that PE firms have the upper hand, but aren’t having it quite their own way, just as plenty of zombie small to mid-sized oil and gas companies that do not deserve to survive continue to muddle along. That’s all for the moment from Houston folks; keep reading, keep it crude!

Scope Lubricantsis a Lubricants & Grease brand of United Grease and Lubricants company. It has been conceptualized in 2002 from its base in Ajman, UAE. Scope lubricants has been engineered with the use of 100% virgin base oil and superior quality OEM approved additives which offers high quality and durability lubricants and specialty greases to its customers that is geared to protect machinery and equipment across all environments and weather conditions.