The subtle rise of the OFS innovators 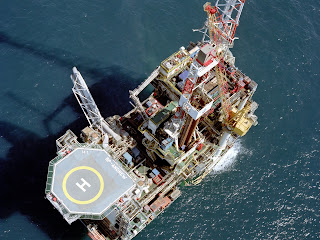 Going back to the turn of 1990s, vertical drilling or forcing the drill bit down a carefully monitored well-shaft into a gentle arc was the best E&P companies could hope from contractors in their quest for black gold.

That’s until those innovators at Oilfield Services (OFS) firms - the guys who often escape notice despite having done much of heavy work involved in prospection and extraction - came up with commercially viable ways for directional drilling. The technique, which involves drilling several feet vertically before turning and continuing horizontally thus maximising the extraction potential of the find, transformed the industry. But more importantly, it transformed the fortunes of the innovators too.

The Oilholic has put some thought into how 21st century OFS firms ought to be classified, if a linear examination by market capitalisation and size is ignored for a moment. After acquiring gradual industry prominence from the 1970s onwards, OFS firms these days could be broadly grouped into three tiers.

The first tier would be the makers and sellers of equipment used in onshore or offshore drilling. Some examples include Cameron International, FMC Technologies and National Oilwell Varco with a market capitalisation in the range of US$10 billion to $30 billion. Then come the 'makers-plus' who also own and lease drill rigs – for example Seadrill, Noble and Transocean with a market cap in a similar sort of a range.
And finally there are the big three 'full service' OFS companies Baker Hughes, Halliburton and the world’s largest – Schlumberger. The latter has a market cap of $110 billion plus, last time the Oilholic checked. That’s more than double that of its nearest rival Halliburton. Quite literally, Schlumberger's market cap could give many big oil companies a run for their money. However, if someone told you back in the 1980s that this would be the case in August 2013 – you could be excused for thinking the claimant was on moonshine!
The reason for the rise of OFS firms is that their innovation has been accompanied by growing global resource nationalism and maturing wells. The path to prosperity for the services sector began with low margin drilling work in the 1980s and 1990s being outsourced to them by the IOCs. Decades on, the firms continue to benefit from historical partnerships with the oil majors (and minors) aimed at maximising production at mature wells alongside new projects.
However, with a rise in resource nationalism, while NOCs often prefer to keep IOCs at arm's length, the same does not apply to OFS firms. Instead, many NOCs choose to project manage exploration sites themselves with the technical know-how from OFS firms. In short, the innovators are currently enjoying, in their own understated way, the best of both worlds! Unconventional prospection from deepwater drilling to the Arctic is an added bonus.
If you excluded all of North America, drilling activity is at a three-decade high, according to the IEA and available rig data trends. The Baker Hughes rig count outside North America climbed to 1,333 in June, the highest level in 30 years. Presenting his company’s seventh straight quarterly profit last month, a beaming Paal Kibsgaard, chief executive of Schlumberger, named China, Australia, Saudi Arabia and Iraq among his key markets.
Of the four countries named by Kibsgaard, Australia is the only exception where an NOC doesn’t rule the roost, vindicating the Oilholic’s conjecture about the benefits of resource nationalism for OFS firms.
Rival Halliburton also flagged up its increased activity and sales in Malaysia, China and Angola and added that it is banking on a second half bounceback in Latin America this year. By contrast, Baker Hughes reported a [45%] fall in second quarter profit, mainly due to weak margins in North America, given the gas glut stateside.
Resource nationalism aside, OFS players still continue (and will continue) to maintain healthy partnerships with the IOCs. None of the big three have shown any inclination of owning oil & gas reserves and most of the big players say they never will.
Some have small equity stakes here and a performance based contract there. However, this is some way short of ownership. Besides, if there is one thing the OFS players don’t want – it's taking asset risk on their balance sheets in a way the likes of Shell and ExxonMobil do and are pretty good at.
Furthermore, the IOCs are major OFS clients. Why would you want to upset your oldest clients, a relationship that is working so well even as the wider industry is undergoing a hegemonic and technical metamorphosis?
Success though, does not come cheap especially as it's all about innovation. As a share of annual sales, Schlumberger spent as much on R&D as ExxonMobil, Shell and BP, did using 2010-11 exchange filings. And sometimes, unwittingly, taking the BP 2010 Gulf of Mexico oil spill as an example, the guys in background become an unwanted part of a negative story; Transocean and Halliburton could attest to that. None of this should detract observers from the huge strides made by OFS firms and the ingenuity of the pioneers of directional drilling. And there's more to come!
Moving on from the OFS subject, but on a related note, the Oilholic read an interesting Reuters report which suggests oil & gas shareholder activism is coming to the UK market. Many British companies, according to the agency, have ended up with significant assets, including cash, relative to their shrunken stock market value.
Some of these have lost favour with mainstream shareholders and are now attracting investors who want to push finance bosses and board members out, access corporate cash and force asset sales. An anonymous investment banker specialising the oil & gas business, told Reuters, rather candidly: "It's a very simple model. You don't have to take a view on the value of the actual assets or know anything about oil and gas. You just know the cash is there for the taking."
Finally, linked here is an interesting Bloomberg report on how much the Über-environmentally friendly Al Gore is worth and what he is up to these days. Some say he is 'Romney' rich! That's all for the moment folks! Keep reading, keep it 'crude'!
To follow The Oilholic on Twitter click here.
To email: gaurav.sharma@oilholicssynonymous.com
© Gaurav Sharma 2013. Photo: Rig in the North Sea © BP
Posted by Gaurav Sharma at 8/01/2013 11:50:00 pm