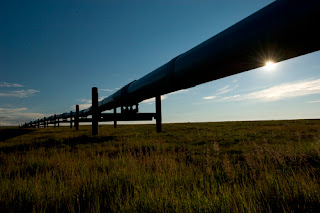 The 24-7 world of oil futures trading saw Brent and WTI benchmarks draw level this weekend. In fact, the latter even traded at a premium of more than a few cents for better parts of an hour at one point.

After having traded at a discount to Brent for three years, with the spread reaching an all time high of around US$30 at one point (in September 2011), the WTI’s turnaround is noteworthy. However, the commentary that has followed from some quarters is anything but!

Some opined, more out of hubris than expertise, that the WTI had reclaimed its status as the world’s leading benchmark back from Brent. Others cooed that the sread’s shrinkage to zilch, was America’s way of sticking up two fingers to OPEC. The Oilholic has never heard so much [hedge funds and speculative trading inspired] tosh on the airwaves and the internet for a long time.

Sticking the proverbial two fingers up to OPEC from an American standpoint, should involve a lower WTI price, one that is price positive for domestic consumers! Instead we have an inflated three-figure one which mirrors geopolitically sensitive, supply-shock spooked international benchmarks and makes speculators uncork champagne.

Furthermore, if reclaiming 'world status' for a benchmark brings with it higher prices at the pump – is it really worth it? One would rather have a decoupled benchmark reflective of conditions in the backyard. An uptick in US oil production, near resolution of the Cushing glut and the chalking of a path to medium term energy independence should lead the benchmark lower! And that’s when you stick two fingers up to foreign oil imports.

So maybe mainstream commentators stateside ought to take stock and ask whether what’s transpired over the weekend is really something to shout about and not let commentary inspired by speculators gain traction.

Looking at last Friday’s instalment of CFTC data, it is quite clear that hedge funds have been betting with a near possessed vigour on the WTI rally continuing. Were the holdings to be converted into physical barrels, we’d be looking roughly around 350 million barrels of crude oil! That’s above the peak level of contracts placed during the Libyan crisis. You can take a wild guess the delivery won’t be in The Hamptons, because a delivery was never the objective. And don’t worry, shorting will begin shortly; we’re already down to US$106-107.

The Oilholic asked seven traders this morning whether they thought the WTI would extend gains – not one opined that it would. The forward month contract remains technically overbought and we know courtesy of whom. When yours truly visited the CBOT earlier this year and had a chat at length with veteran commentator Phil Flynn of Price Futures, we both agreed that the WTI’s star is on the rise.

But for that to happen, followed by a coming together of the benchmarks – there would need to be a "meeting in the middle" according to Flynn. Meaning, the relative constraints and fundamentals would drive Brent lower and WTI higher over the course of 2013. What has appened of late is nothing of the sort.

Analysts can point to four specific developments as being behind the move - namely Longhorn pipeline flows (from the Permian Basin in West Texas to the USGC, bypassing Cushing which will be ramping up from 75 kbpd in Q2 to the full 225 kbpd in Q3), Permian Express pipeline Phase I start-up (which will add another 90 kbpd of capacity, again bypassing Cushing), re-start of a key crude unit at the BP Whiting refinery (on July 1 which allows, mainly WTI sweet, runs to increase to full levels of 410 kbpd) and finally shutdowns associated with the recent flooding in Alberta, Canada.

But as Mike Wittner, global head of oil research at Société Générale, notes: "Everything except the Alberta flooding – has been widely reported, telegraphed, and analysed for months. There is absolutely nothing new about this information!" 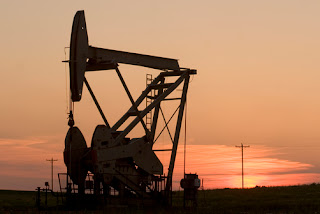 While it is plausible that such factors get priced in twice, Wittner opined that there still appear to be "some large and even relatively new trading positions that are long WTI, possibly CTAs and algorithmic funds."

In a note to clients, he added, that even though fundamentals were not the only price drivers, "they do strongly suggest that WTI should not strengthen any further versus the Louisiana Light Sweet (LLS) and Brent."

Speaking of algorithms, another pack of feral beasts are making Wall Street home; ones which move at a 'high frequency' if recent evidence is anything to go by. One so-called high frequency trader (HFT) has much to chew over, let alone a total of $3 million in fines handed out to him and his firm.

Financial regulators in UK and US found that Michael Coscia of Panther Energy used algorithms that he developed to create false orders for oil and gas on trading exchanges in both countries between September 6, 2011 and October 18, 2011. Nothing about supply, nothing about demand, nothing do with market conditions, nothing to do with the pride of benchmarks, just a plain old case of layering and spoofing (i.e. placing and cancelling trades to manipulate the crude oil price).

You have to hand it to these HFT guys in a perverse sort of a way. While creating mechanisms to place, buy or sell orders, far quicker than can be executed manually, is an act of ingenuity; manipulating the market is not. Not to digress though, Coscia and Panther Energy have made a bit of British regulatory history. The fine of $903,176 given to him by UK's Financial Conduct Authority (FCA) was the first instance of a watchdog this side of the pond having acted against a HFT.

Additionally, the CFTC fined Coscia and Panther Energy $1.4 million while the Chicago Mercantile Exchange fined them $800,000. He’s thought to have made $1.4 million back in 2011 from the said activity, so it should be a $3 million lesson of monetary proportions for him and others. Or will it? The Oilholic is not betting his house on it!

Away from pricing matters, a continent which consumes more than it produces – Asia – is likely to see piles of investment towards large E&P oil and gas projects. But this could pressure fundamentals of Asian oil companies, according to Moody’s.

Simon Wong, senior credit officer at the ratings agency, reckons companies at the lower end of the investment-grade rating scale will, continue to face greater pressure from large debt-funded acquisitions and capital spending."

"Moreover, acquisitions of oil and gas assets with long development lead time are subject to greater execution delays or cost overruns, a credit negative. If acquisitions accelerate production output and diversify oil and gas reserves, then the pressure from large debt-funded acquisitions will reduce," Wong added.

Nonetheless, because most Asian oil companies are national oil companies (NOCs) - in which governments own large stakes and which often own or manage their strategic resources of their countries – their ratings incorporate a high (often very high) degree of explicit or implied government support.

The need for acquisitions and large capital-spending reflects the fact that Asian NOCs are under pressure to invest in order to diversify their reserves geographically. Naming names, Moody’s made some observations in a report published last week.

The agency noted that three companies – China National Petroleum Corporation, Petronas (of Malaysia) and ONGC (of India) – have very high or high capacity to make acquisitions owing to their substantial cash on hand (or low debt levels). The trio could spend over $10 billion on acquisitions in addition to their announced capex plans without hurting their respective underlying credit quality.

Then come another four companies – CNOOC (China), PTT Exploration and Production Public (Thailand), Korea National Oil Corp (South Korea) and Sinopec (China) – that have moderate headroom according to Moody’s and can spend an additional $2 billion to $10 billion. These then are or rather could be the big spenders.

Finally, if Nigeria’s crude mess interests you – then one would like to flag-up a couple of recent articles that can give you a glimpse into how things go in that part of the world. The first one is a report by The Economist on the murky world encountered by Shell and ENI in their attempts to win an oil block and the second one is a Reuters’ report on how gasoline contracts are being ‘handled’ in the country. If both articles whet your appetite for more, then Michael Peel’s brilliant book on Nigeria’s oil industry, its history and complications, would be a good starting point. And that's all for the moment folks. Keep reading, keep it ‘crude’!