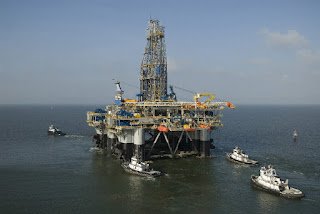 In a fortnight during which the Bank of England hired a man whose signature appears on Canadian banknotes as its new governor, the oil & gas world reiterated its own cross-border nature, when an American firm sold a Kazakh asset to an Indian company. That firm being ConocoPhillips, the asset being its 8.4% stake in Kazakh oil field Kashagan and the Indian buyer being national oil company (NOC) ONGC Videsh – all signed, sealed and delivered in a deal worth around US$5.5 billion.
Even with an after-tax impairment of US$400 million, the deal represents a tidy packet for ConocoPhillips as it attempts to cut its debt. Having divested its stake in Russia’s Lukoil, the American oil major has already beaten its asset sale programme target of US$20 billion. So when the final announcement came, it was not much of a surprise as Kazakhstan government officials had revealed much earlier that a move was on the cards.
Still it is sobering to see ConocoPhillips divest from Kashagan – the world's biggest oilfield discovery by volume since 1968. It may hold an estimated 30 billion barrels of oil. Phase I of the development, set to begin next year, could yield around 8 billion barrels, a share of which ONGC is keenly eyeing.

India imports over 75% of the crude oil it craves and is in fact the world's fourth-biggest oil importer by volume. Given this dynamic, capital expenditure on asset with a slower turnaround may not be an immediate concern for an Indian NOC, but certainly is for investors in the likes of ConocoPhillips and its European peers.

On the back of a series of meetings between investors and its EMEA natural resources & commodities team in London, Fitch Ratings recently revealed that elongated upstream investment lead times and a (still) weak refining environment in Western Europe remain a cash flow concern for investors.
They seemed most concerned about the lead time between higher upstream capex and eventual cash flow generation and were worried about downward rating pressure if financial metrics become strained for an extended period. It is prudent to mention that Fitch Ratings views EMEA oil & gas companies' capex programmes as measured and rational despite a sector wide revised focus on upstream investment.
For example, the two big beasts – BP and Royal Dutch Shell – are rated 'A'/Positive and 'AA'/Stable respectively; both have increased capex by more than one-third for the first 9 months of 2012 compared to the same period last year. Elsewhere in their chats, unsurprisingly Fitch found that refining overcapacity and weak utilisation rates remain a concern for investors in the European refining sector. Geopolitical risk is also on investors' minds as they look to 2013.
While geopolitical events may drive oil prices up, which positively impact cash flow, interruptions to shipping volumes may more than offset gains from these price increases – negatively impacting both operating cash flow and companies' competitive market positions. Away from capex concerns, Fitch also said that shale gas production in Poland could improve the country's security of gas supplies but is unlikely to lead to large declines in gas prices before 2020.