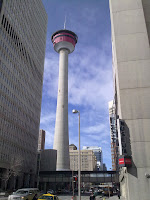 Instability or risk premium is not being reflected in the US Mid West as much as it is in Europe in light of the Libyan situation. Following accidents in San Bruno, CA and Michigan, MI – pipeline safety legislation is likely to be added to the pile of regulatory activity related to the energy business which followed BP’s Gulf of Mexico fiasco. In fact, a bill on pipeline safety is already making its way through the US senate.

There is also common conjecture that retirement of coal-fired power plants may assist in shifting established gas flow patterns (& prices). However, the Oilholic feels while this is likely to happen at some point, it will not happen in a meaningful way any time soon. Mid West’s problem is akin to that of Australia’s when it comes to power generation – a traditional dependence on coal which is hard to tackle. Gas prices, in any case, are likely to remain low as there are abundant supplies and storage levels are solid.

Given that the US overtook Russia as the leading gas producer courtesy of shale gas, it is not bravado to assume that it could meaningfully export to Europe or that US-bound LNG could well be diverted to Europe.

Moving on to refining, some local analysts are following the “things can only get better” logic for North American refiners – who they feel are well positioned to demonstrate a recovery (or some form of stabilisation) of their margins after six troubled quarters to end-2010. The speed of the economic recovery will have a big say in the state of affairs.

After leaving Houston, the Oilholic has now arrived in its sister Canadian city of Calgary – quite a switch from a sweltering 30 C on a Texan morning to about -4 C on an Albertan evening. While both cities do not share their climate – they do share the same sense of frustration about the delays associated with the expansion project of the Keystone pipeline.

It seems Alberta and Texas are quite keen on the expansion – it’s just that everyone in between is the problem. The politics associated with this pipeline, as with other projects of its ilk is deeply complicated. However, this one involves cross-border politics, some of which has turned ugly especially in relation to the “cleanness” of Canadian oil.

And by the way its “oil sands” not “tar sands” stupid, say the locals! I’ll have more from Calgary shortly when I soak in and refine the local commentators’ viewpoints.