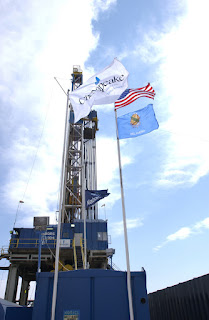 On Saturday, March 5, a riverfront in USA’s Oklahoma City saw well wishers, former employees, friends and family of controversial energy sector entrepreneur Aubrey McClendon, gather to pay their respects, following his death in a car crash on March 2; a day after being indicted on bid-rigging charges following an antitrust investigation by the US Department of Justice.

In keeping with his swashbuckling life, the end, when it came, was just as dramatic. While a police investigation into the crash is still ongoing, reports said the Chevy Tahoe McClendon was driving slammed straight into a cement wall, despite the driver having had multiple opportunities to avoid the collision. It was also revealed that he was not wearing his seat-belt.

That was the final act of a glittering, albeit controversial oil and gas industry titan. As the shale bonanza took off stateside, McClendon was one of the poster boys of rising US natural gas production, taking Chesapeake Energy – a company he co-founded in 1989 at the young age of 29 – to the second spot on the country’s top gas producers’ roster by volume.

But in 2013, he was ousted from Chesapeake following damaging revelations that he had personal stakes in wells owned by the company. An accompanying corporate governance crisis tarnished his reputation further.

Yet, McClendon’s penchant for lavish spending never subsided. His investments in property, restaurants and businesses are littered across Oklahoma City. Famously, in 2008, he brought the National Basketball Association's Supersonics franchise to Oklahoma City from Seattle, renaming them Oklahoma City Thunder.

Following the Chesapeake debacle, McClendon marked a return to the industry by setting up a new company – American Energy Partners. Being the wildest of wildcatters, he made bets, not all of them sound, worth billions of dollars buying land with potential for oil and gas drilling.

However, all was not well with the US Justice Department set to haul him to the courts. He was alleged to have put in place a scheme between two “large oil and gas companies” to not bid against each other for leases in northwest Oklahoma from December 2007 to March 2012, to keep the price of leasing drilling rights artificially low, the Department of Justice said a day before his sudden death.

The American antitrust law – Sherman Act – which McClendon was accused of violating carries a maximum prison sentence of 10 years and a $1 million fine.

None of this mattered to the hundreds who gathered on Saturday at Oklahoma City's Boathouse District to pay their respects to McClendon, with a formal public memorial service due on Monday at a local community church.

For them, the state in general and the city in particular, McClendon was instrumental in reviving the regional economy. As for the US shale industry, his impact in the history books – the good, the bad, the ugly, the unproven and the controversial. However, in his untimely passing, it is McClendon’s ingenuity that ought to be remembered by most.