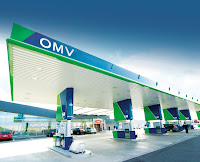 OMV’s takeover of Turkey’s Petrol Ofisi A.S. should be applauded for the Austrian company’s sheer persistence in its attempts to acquire strategic assets, if nothing else. It has a mixed record at best when it comes to takeover attempts, as I was joking with my old colleague CNBC’s Steve Sedgwick at the OPEC summit in Vienna ten days ago.

OMV was successful in acquiring Romania’s Petrom in 2004 but failed spectacularly in its takeover attempt of Hungary’s MOL which was swiftly and successful rejected by the Hungarians in June 2007. As I had just arrived in Vienna from Budapest, Steve said, as only Steve can, that I’d been "MOL"-ing over OMV’s fortunes in the wrong city. The failed bid for MOL aside, OMV also tried and failed to acquire utility Verbund.

In a statement on Friday, OMV said the Turkish acquisition, slated at €1 billion ($1.4 billion) is a further step in its growth strategy and aims at "positioning Turkey as a third hub, besides Austria and Romania."

OMV would now own 95.75% of the Turkish company after buying out Dogan Holding's stake of 54.17% stake in it; formalities are set to be completed within the next three months. The companies have also agreed to pay a dividend to Petrol Ofisi shareholders prior to that.

Ahead of the announcement, ratings agency Standard & Poor’s noted that Petrol Ofisi's credit profile would benefit were OMV to become its majority owner. It placed the Turkish company’s 'B+' long-term corporate credit ratings on CreditWatch with positive implications.

Per Karlsson, credit analyst at Standard & Poor's, said, "The positive implications of the CreditWatch placement reflect our view that should such a transaction materialize we are likely to raise the ratings on Petrol Ofisi by one notch or more."

As for takeover attempts – looks like OMV has been third time lucky!