Life After the Gulf Spill for Dudley & BP 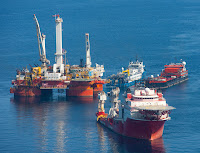 I had the pleasure of listening to Robert Dudley this morning in what was his first major speech since taking over from Tony Hayward as the group chief executive of BP and there were quite a few noteworthy things to take away from it.

Speaking to delegates at the UK business lobby group CBI’s 2010 annual conference, Dudley said BP had learnt from the Gulf of Mexico tragedy of April 20 and added his own apology for the incident to that of his predecessor and colleagues.

He said that earning and maintaining trust is central to BP’s licence “to operate in society”, as for any business. Crucial to that was re-establishing confidence in BP and its ability to manage risk. “I am determined for BP to succeed in both,” he added emphatically.
Dudley opined that a silver lining of the event is the significant and sustained advance in industry preparedness that will now exist going forward from the learnings and the equipment and techniques invented by necessity under pressure to contain the oil and stop the well.

Not looking too overwhelmed by the task at hand, Dudley also defended BP’s position noting that it found that no single factor caused the tragedy, and that the well design itself, despite what “you have heard”, does not appear to have contributed to the accident. This has been further verified by recent retrieval of equipment. 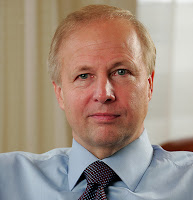 Predictably there was much talk by Dudley about winning back trust and restoring the oil giant’s reputation. BP new American chief executive said “British Petroleum” was a part of the American community and would not cut and run from the US market. For good measure, he added that there was too much at stake, both for BP and the US.

“The US has major energy needs. BP is the largest producer of oil and gas in the country and a vital contributor to fulfilling them. We also employ 23,000 people directly, have 75,000 pensioners and have ½ million individual shareholders. Our investments indirectly support a further 200,000 jobs in the US. We have paid roughly US$25 billion in taxes, duties and levies in the last several years. These are significant contributions to the US economy,” Dudley explained.

Moving away from defending his own company, Dudley then launched a robust defence of offshore drilling. “The fact is that until this incident, over 5,000 wells had been drilled in over 1,000 feet of water with no serious accident. BP had drilled safely in deep waters of the Gulf of Mexico for 20 years. As business people are telling political leaders all the time, we cannot eliminate risks, but we must manage them,” he concluded.

He also had a pop at the media – noting that while BP’s initial response was less than perfect, for much of the media the Macondo incident seemed like the only story in town. Overall, a solid performance by the new boss of BP in front of what can be safely regarded as a largely sympathetic audience.
© Gaurav Sharma 2010. Photo 1: Aerial of the Helix Q4000 taken shortly before "Static Kill" procedure began at Macondo (MC 252) site in Gulf of Mexico, August 3, 2010. Photo 2: Robert Dudley, Group Chief Executive, BP © BP Plc
Posted by Gaurav Sharma at 10/25/2010 11:10:00 pm