Here they are via a Forbes piece. One's verdict - it won't be enough, even if further Iranian declines increase the cuts to 1.5 million bpd. There's always the issue of compliance and demand side pressures too. Crude oil benchmarks are not spiking anytime soon. 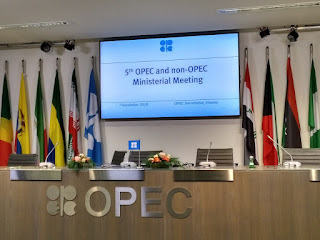 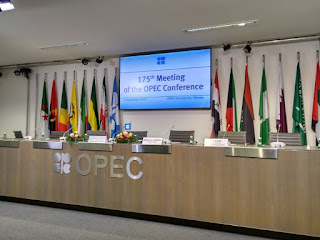 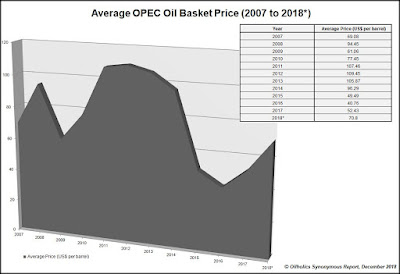 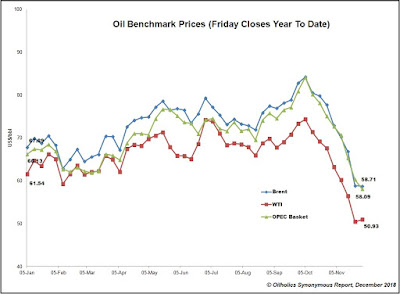 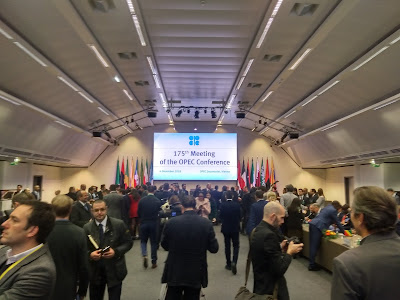 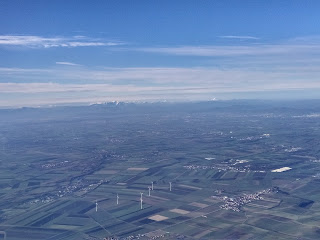 The Oilholic arrived for visit number 25 to Vienna, Austria, for the 175th Meeting of OPEC Ministers on Wednesday (December 5) with a 'Qatarstrophe' in the background, rumblings over the Saudi-Russian oil market bromance, and of course US President Donald Trump declaring himself to be a ‘Tariff man’ after declaring a temporary truce with China.

The view in (see above left, click to enlarge) – of wind farms in the foreground and mountains in the background – on a clear Austrian day was quite a sight, and on the ground, yours truly's early morning flight from Heathrow (BA696) pulled up right next to Russian Oil Minister Alexander Novak's plane. Surely that's a 'crude' sign of things to come over the next few days.

Right, first to the Qatarstrophe, in case you haven’t heard – Qatar, which has been a member of OPEC since 1961, has decided to quit the cartel to "renew and redouble" its national focus on natural gas. Away from the official version, Doha feels cornered in a cartel that no longer serves its interests and is dominated by Saudi Arabia, a country that has slapped economic and diplomatic sanctions on it.

While Qatar's announcement created an intraday kerfuffle and a mini shock, it should hardly come as a surprise. Here is the Oilholic's detailed take on the development for Forbes. Unlike others, this blogger believes the development is not a fatal blow for OPEC, since members come and go, quit and rejoin. However, it is worth noting that Qatar is the first Middle Eastern member to quit, and Saudi Arabia and United Arab Emirates must shoulder much of the blame.

And there are other rumblings – many other OPEC member delegations are briefing in Vienna that they are not particularly impressed by the bonhomie (or more appropriately a crude bromance) between Saudi Arabia's oil minister Khalid Al-Falih and his Russian counterpart Alexander Novak; the two architects of the OPEC/non-OPEC production cut agreement, first inked in 2016. While others are voicing their concerns guardedly, Iran is doing so quite vocally.

Finally, there's Tariff Man – a.k.a. US President Donald Trump, who has, well, made some peace with the Chinese, leading to a temporary suspension of trade hostilities. Parking trade wars to the side, he's been firing tweets at OPEC. Bring in the noise! More from Vienna soon, but that's all for the moment folks! Keep reading, keep it 'crude'!