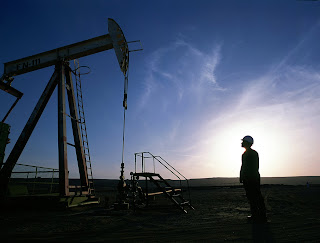 The Oilholic returned from the OPEC+ ministers’ summit in Vienna, Austria to a crazy few weeks of crude chatter and of course umpteen discussions on the Saudi Aramco IPO.

Here are yours truly's thoughts on the final communiqué from OPEC via Forbes, and another take on the Aramco IPO via the same publication plus a ReachX podcast touching on the issue of the company's valuation kerfuffle.

Away from it all, two pieces of research caught one's eye this month. Starting with the first of two, rating agency Moody's reckons 2020 will be a stable year for the Latin American oil and gas sector. While, global economic environment and trade disputes could become a concern to Latin America's commodity exporters, including those in the business of black gold and natural gas, Moody's opined that many regional players have indeed improved their capital structures.

Mexico investment momentum in oil and gas is negative for 2020 as national oil company PEMEX has limited ability to increase investments and deliver on production and reserves targets, Almeida added.

Away from Latin America, Rystad Energy predicted that even with potentially lower prices, the production outlook for North American shale "appears robust" in the years ahead.

"The flat development of US light tight oil production is also possible in lower price scenarios, but we would likely see an initial period of multi-quarter production decline, with output stabilising at a lower level," said Mladá Passos, product manager of Rystad Energy's Shale Upstream Analysis team. Plenty to ponder about as 2020 approaches, but that's all for the moment folks. Keep reading, keep it 'crude'! 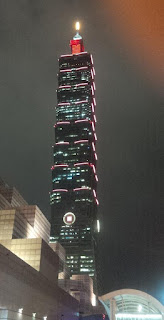 The Oilholic has ventured further eastwards, some 6080 miles from London, to Taipei – the vibrant capital of Taiwan. On a rain soaked evening, yours truly absorbed splendid views of the city's 101 Tower (once Asia’s tallest building before) and pondered over the island nation’s oil supply-demand dynamic.

Perhaps unsurprisingly, according to government data, the country imports 98% of its domestic fuel requirements mostly from OPEC producers in the Gulf and Angola to the tune of 1 million barrels per day (bpd). It does have tiny proven oil reserves of around 2.3 million but nothing to write home about.

Despite wider historical and geopolitical tension with Beijing, Taiwan’s CPC and China’s state-owned China National Offshore Oil Corporation (or CNOOC) are jointly exploring the Strait of Taiwan for oil and gas. Initial prospection bids in shallow waters turned out to be duds, but deepwater exploration is “encouraging” say insiders.

Given such a setting in an era of low oil prices, the International Energy Agency’s latest quip – that the oil price may well have “bottomed out” – pricked ears both within and well beyond Taiwan. In a recent market update, the agency said, “There are clear signs that market forces... are working their magic and higher-cost producers are cutting output.”

It noted falling oil production stateside, in tandem with a decline in OPEC’s output by 90,000 bpd in February, albeit due to outages in Nigeria, Iraq and the United Arab Emirates, that knocked out a combined 350,000 bpd from the oil cartel's total output.

“Iran's return to the market has been less dramatic than the Iranians said it would be; in February we believe that production increased by 220,000 bpd and provisionally, it appears that Iran's return will be gradual,” the IEA added.

See now all that is well and good, but the Oilholic reckons that at some point crude in storage will need to come into play. That, coupled with lacklustre demand, is the market’s “known known” and how and to what extent it serves as a drag on the price remains to be seen.

The market has indeed been a lot calmer in recent days, but there are likely to be a few more twists and turns. As the IEA itself notes, “For oil prices, there may be light at the end of what has been a long, dark tunnel, but we cannot be precisely sure when in 2017 the oil market will achieve the much-desired balance. It is clear that the current direction of travel is the correct one, although with a long way to go.”

Fairly obvious and no biggie, methinks. That’s all from Taiwan folks. This blogger’s next stop is Tokyo. Keep reading, keep it ‘crude’!