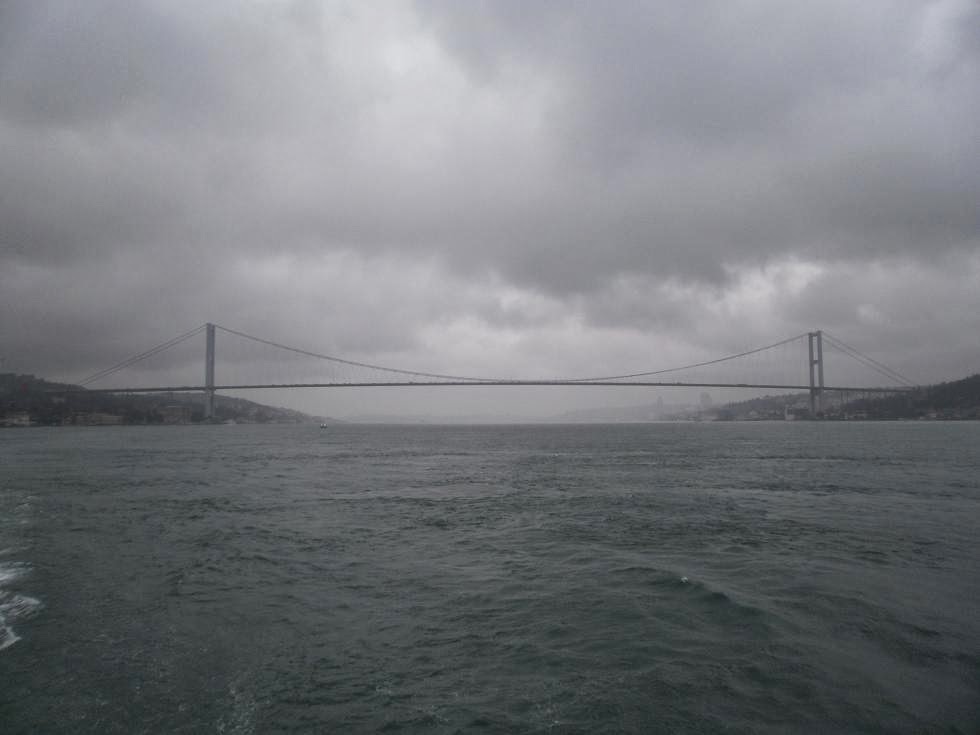 The Oilholic spent better parts of the afternoon in pouring rain examining the strategic maritime artery known to world as the Bosphorus, a strait that forms the boundary between Europe and Asia and splits Istanbul.

For nearly 7 hours, yours truly criss-crossed on ferries from Kabataş on Istanbul's European side to Kadıköy on the Asian side, back to Eminönü on European side [where ancient Byzantium was built] and finally a return journey up and back from Rumelifeneri, Sariyer, passing twice under the Bosphorus and the Fatih Sultan Mehmet bridges.

The said journeys ensured this blogger got a true picture of how busy the world's narrowest natural strait is and it's getting busier with oil and LNG tankers going back and forth from the Black Sea. Excluding local traffic, roughly around 132 ships pass through the Bosphorus on a daily basis, making it the second densest maritime passage after the Strait of Malacca.

The Oilholic is no naval man, but aboard a vessel on Bosphorus - given the blind bends and S-shaped turns - often one couldn't spot ships approaching from the opposite direction at several points. As if natural and geographical challenges weren't enough, the heavy municipal ferry traffic linking Istanbul's European and Asian sides make navigation even trickier. 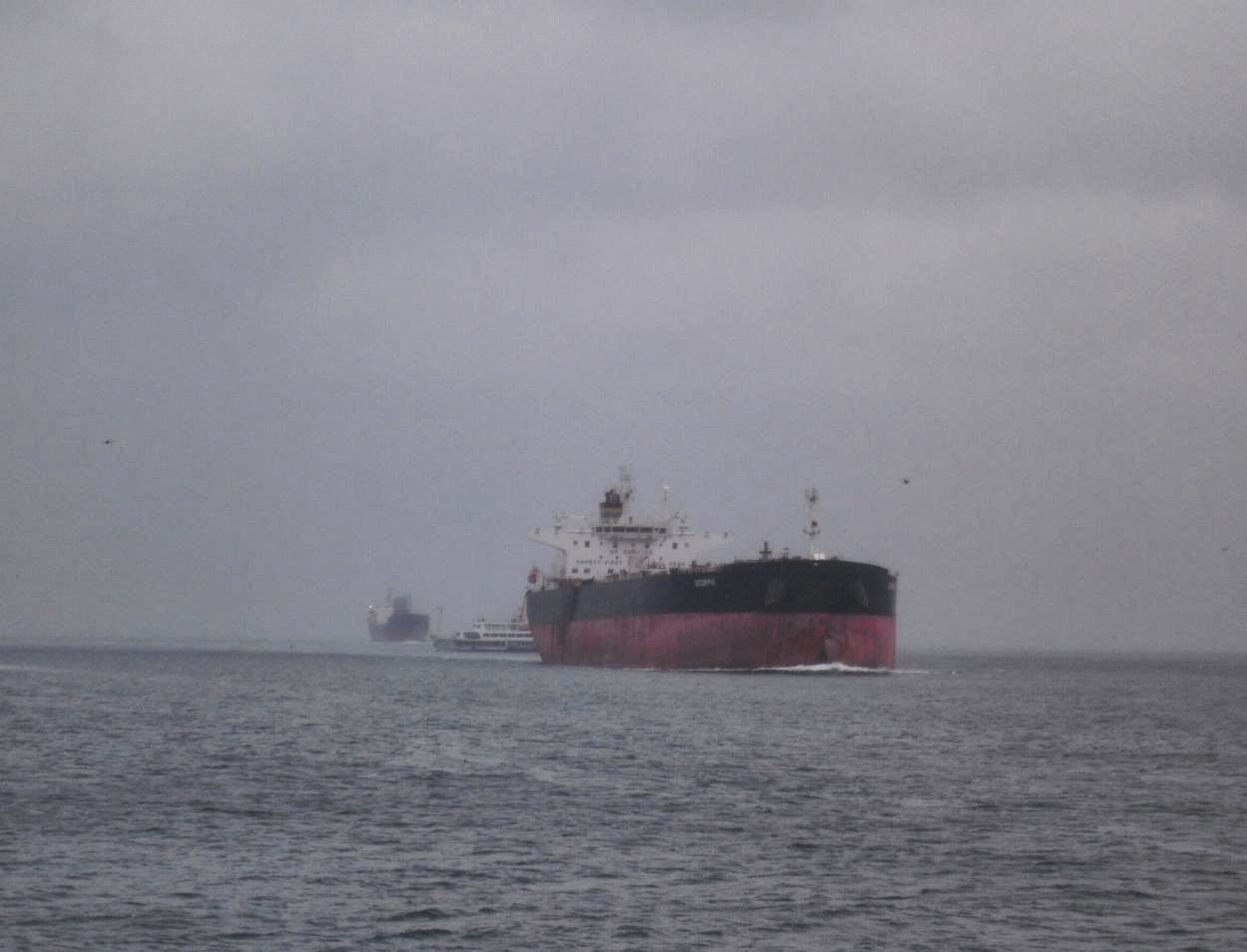 On either side of the Bosphorus live around 14 million souls who call Istanbul home. Makes you think – what if there is a collision? According to Istanbul University, modern navigation techniques have considerably [and thankfully] reduced incidents. Nonetheless, since the end of World War II there have been over 450 incidents on record.

Of the 26 incidents classified as 'major', eight involved tankers and almost all collisions resulted in a crude oil, petroleum or other distillate spill of some description. The worst incident happened nearly 20 years to this day, on March 13, 1994 when a Cyprus registered tanker collided with a bulk carrier resulting in 27 deaths, the spillage of 9,000 tons of petroleum and combustion of another 20,000 tons. The blaze lasted for four days and tanker was completely burnt. Not only was the marine environment harmed, but traffic was suspended for several days.

However long ago the incident may have taken place (and there have been others albeit less serious ones since), it chills people here to this day. Most of the oil shipments originate from Russian ports. Local sources say around 2.5 million barrels per day (bpd) to 3.2 million bpd move through the Turkish straits, which include the Marmara Sea, Çanakkale (or Dardanelles, the separation point of the Gallipoli Peninsula from Asia) and of course the Bosphorus.

The cumulative volume for each year almost singularly depends on how Russian exporters shift their load per annum between Baltic and Black Sea ports. So getting his thinking cap on, Turkish Prime Minister Recep Tayyip Erdoğan, just before seeking re-election for a third term in 2011, announced the 'Kanal İstanbul' project – an idea first mooted in the 16th century.

The PM said that ahead of the 100th anniversary of the Turkish Republic (founded in 1923), the nation needed a "crazy, magnificent" project. The idea is to carve up an artificial canal that would be 50km long, 150m wide and 25m deep. Istanbul itself would turn into two peninsulas and an island courtesy of the artificial re-jigging. 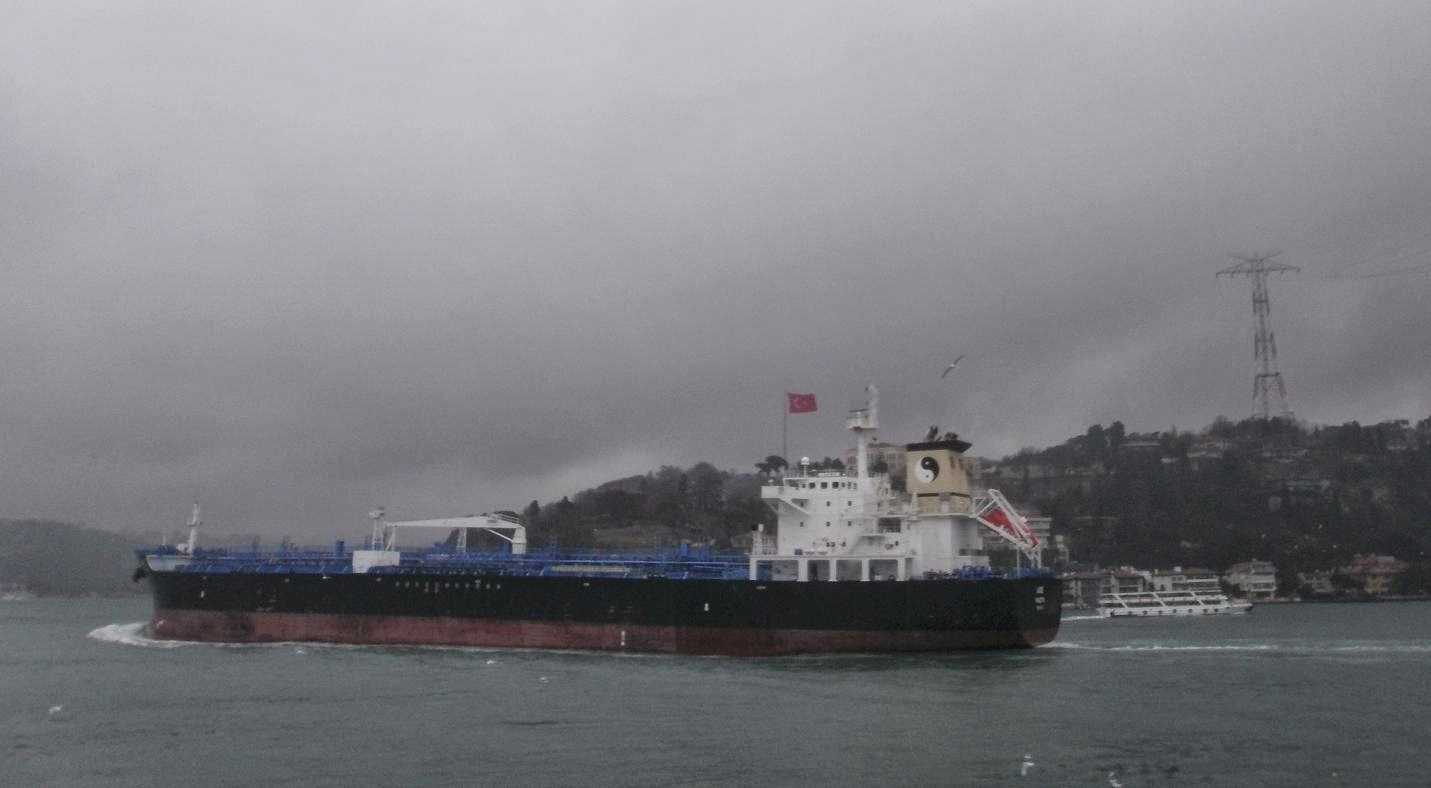 The published measurements carry a message. Any structural engineer would tell you that a canal of the above dimensions would certainly be capable of handling very large crude carriers (VLCCs). This would cut the need for suezmaxes (largest ship measurement capable of transiting through the Suez Canal conventionally capable carrying 1 million barrels) from criss-crossing the Turkish Straits as frequently as they do these days.

It could also help Erdoğan, currently facing local elections and umpteen demonstrations, circumvent the Montreux Convention, which gives Turkey a mandate over the Bosphorus, but allows free passage of civilian ships while restricting passage of naval warships not belonging to Black Sea bordering nations. Critics say the PM is looking to bypass the Montreux Convention, but supporters say he's making a case for good business, while appearing to do his bit for the ecology as well.

Alas a pre-election promise of 2011 and one that's morphed into pre-2014 local elections plan doesn't appear to be properly costed. The figure in the Turkish press is US$10 billion. It's sent all the project financiers this blogger has contacted about it scratching their heads. The headline project valuation is just too low for a project of this magnitude, in fact highly improbable, given the lira's fortunes at the moment.

However, a government official told this blogger that "finance won’t be a problem" while another said "it won’t be needed" as the Turkish Government will self-finance with Phase I already underway. Doubtless, some Russian help – if asked for – would be forthcoming. Ironically, it's a Russian financier, whose kids are [of course] studying in England, who told yours truly, "Erdoğan's project cost estimate is as you British say – a load of bollocks!!"

The PM simply describes the project rather mildly as his "Çılgın Proje" or "Wild Project" and by the looks of things, it certainly is wild. Don't know what the final costs would be, but the target is to have it ready by 2023. As for Russian crude, Ukraine stand-off or not, Baltic or Black Sea routes, it'll ship unabated. Last year, just as Rosneft was eyeing acquisition of TNK-BP, the world largest independent oil trading house Vitol and rival Glencore (now Glencore-Xstrata) agreed to lend $10 billion to the Russian giant to help it finance the acquisition.

In exchange, both the trading houses received a guarantee of future oil supply. A simple Google search would tell you, its not the largest oil trading deals in history, but its right up there dear readers. For Erdoğan, a former mayor of Istanbul, the project would be about his legacy to Turkey, along with a third Bosphorus suspension bridge – Yavuz Sultan Selim Bridge – which is scheduled to open in May 2015. 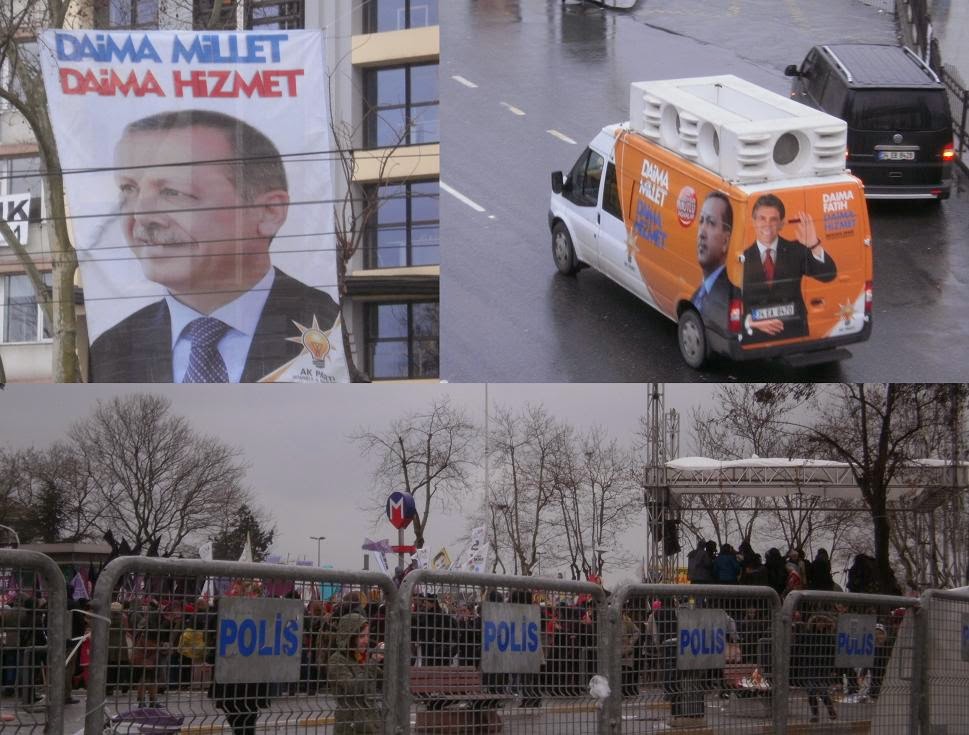 However, right now under his watch Turkey appears to be in a fight for its soul. Erdoğan's "mildly Islamist" (as The Economist prefers to call it) Adalet ve Kalkınma Partisi or AK Party is hugely popular in rural areas but not quite so in urban centres.

Since arriving on March 8, right up and until this afternoon, as the Oilholic prepares to fly out, there have been repeated protests and clashes in Taksim Square. Even if you are a couple of miles away from the flashpoints, the smell of tear gas is around. It all erupted in May last year with mass protests. The political context is well-documented in the mainstream media as is Erdoğan's tussle with his once mentor cleric Muhammed Fethullah Gülen.

The latest casualty in these god awful political melees was 15-year old Berkin Elvan, who died yesterday following 269 days in a coma after being hit on the head by a tear gas canister last year. He didn't commit a crime say locals; he was just in the wrong place at the wrong time, caught in a skirmish while out to buy bread for his mother.

Erdoğan can build his legacy around urban developments, bridges, canals and superefficient shipping lanes, he can put forward uncosted grandiose dreams, but if lives like Berkin's are the price for his fixation to power, then something is inherently wrong with Turkish politics and the way the PM thinks. On this unusually sad note, that's all from Istanbul folks. Sorry for the temporary digression from what this blog is about, but it's difficult not to feel anything. Keep reading, keep it 'crude'!

Addendum, Mar 15: According to a BBC World service report, as further clashes following the death of Berkin Elvan have spread well beyond Istanbul to 30 other towns, Turkish Prime Minister Recep Tayyip Erdoğan has claimed that the boy had links to "terrorist organisations"…Along with most of Istanbul, the Oilholic despairs!