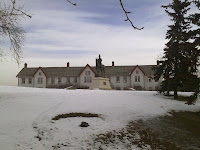 The Oilholic paid a visit to Fort Calgary in between meetings; not far from Downtown Calgary (towards the east end of the city). There is no better place to soak in the city’s rich heritage. Founded in 1875, the then North West Mounted Police (NWMP) built this outpost at the convergence point of Bow and Elbow Rivers. In all fairness, say local historians, they laid the foundations of the modern city of Calgary.

For oilholics the world over, the 'crude' bits are very crucial and merit a detailed look. First gas and (as was often the case with hydrocarbon prospecting) then oil was found in May, 1914, just south of Calgary. After the first discovery, there was a long wait of some 33 years before the next meaningful discovery was made.

The rest, as they say, is all history and I am reading up on it thanks to some wonderful books obtained from stores recommended by Rusty Miller, Ogilvy Renault LLP’s managing partner here. He also spared time from his busy schedule to give me some valuable insight on intricacies of the energy business in this part of the world. 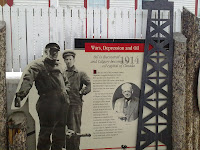 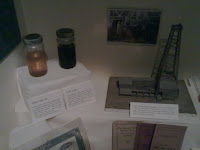 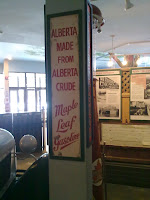 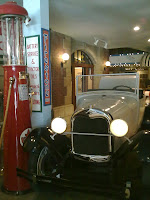 Uploaded above are some 'crude' snaps from the Fort, captioned as appropriate. If you happen to be in town – please do visit. For some strange reason, and locals scratch their heads too, this wonderful place does not receive any Federal funding! Even provincial support needs to be applied for and is not a given thing by any means according to an official. Local energy companies have been good though and long may that continue.

Finally, a few crude words on the price and differentials between both benchmarks – WTI & Brent. This weekend, using the Brent forward month (May) futures contract as a benchmark – the crude price is at its highest since August 2008. With the May contract at US$117.36 per barrel, that is an annualised price appreciation of nearly 24% and by my estimation – a week-over-week appreciation of nearly 2.4% plus. Price differential between Brent and WTI also averaged US$10 and shows no sign of narrowing!

The Libyan situation also shows no signs of a resolution. Both in Alberta and Texas – the overwhelming sentiment is that Libya is fast resembling a stand-off and that adds to the upside bias reflected in the risk premium. It seems that for the short term, the market will have to make do without Libyan crude.

Problem is if it becomes a medium term supply concern. Surely, a high price should please Texans and Albertans – but "only to a point" notes one. That tipping point could hurt both the global economy and the profit margins of those in the business.