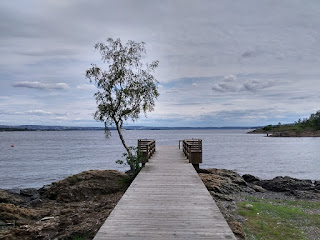 The Oilholic is just about to end his latest visit to Oslo, Norway following a two-day energy technology event but decided to stop en route to the airport to admire the calm waterfront off the Fornebu business district. Here's a view of the Fornebukta. Its serenity is as far removed from the ongoing kerfuffle in oil market as can be.

Both Brent and WTI ended the month of May some 11% lower, with the market just not buying the geopolitical risk angle following attacks on tankers off the Port Of Fujairah.

Now it seems two more tankers have been attacked in the region, but apart from a brief uptick, the bears are still in control. The WTI is well below $60 per barrel, and Brent is struggling to hold the floor at $60. That's because regardless of the market discourse over geopolitical risks in the Middle East and US-Iran tensions; what's actually weighing on the market is the trade tension between US and China.

Were that to be resolved, it would in the Oilholic's opinion be a much bigger bullish factor than skirmishes in the Middle East. Another factor is what is OPEC going to, or rather isn't going to, do next? Its ministers' meeting for April was postponed to June 25-26, and now it seems that going to postponed again to July. All of that at a time when the market remains cognisant of the fact that the cartel does not have an exit strategy for the cuts drive.

Here is this blogger's latest take on the subject for Rigzone published overnight. OPEC is doing a balancing act of compromising its market share in a bid to support the price; but its a temporary stance that can be prolonged, but one that cannot become a default position give US production is tipped to rise over the short-term.

Additionally, should the Russians call off participation in the ongoing OPEC and non-OPEC cuts of 1.2 million barrels per day (bpd); the desired effect of any standalone cuts made by the cartel of the sort it made in the past, would not be quite the same given the ongoing cooperation in itself is extraordinary in nature, and has held firm since December 2016, for the market to price it in as such. 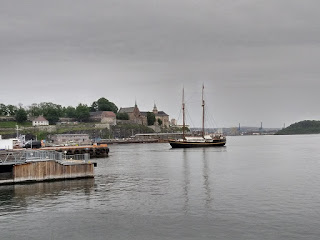 Many fellow analysts here in Oslo share the same viewpoint. OPEC's production came in at a record low of 30.9 million bpd in May, according to the latest S&P Global Platts survey. That's the lowest level since February 2015, before Gabon, Equatorial Guinea and Congo joined, and when Qatar was still a member.

How the cartel reasserts its credibility is anyone's guess but all things considered, it remains difficult to see crude oil benchmarks escape the $50 to $70 price bracket anytime soon. That's all from Oslo folks! But before this blogger take your leave here's another view of the scenic, albeit rain-soaked Oslofjord (above right). It was a pleasure visiting Norway again, reconnecting with old friends and contacts and making yet newer ones. Keep reading, keep it 'crude'!

The Oilholic has had a hectic start to 2019 for sure, even though the crude market has behaved pretty predictably in January, having recovered ground it lost towards the end of 2019.

That's because yours truly has started providing insight on a regular basis to three more avenues alongside Forbes. These include The Energy Post and Energy Post Weekly, industry recruitment and insight portal Rigzone, and London-based financial start-up ReachX.

Here are a few snippets:


Plenty more to follow. But that's all for the moment folks! Keep reading, keep it crude! 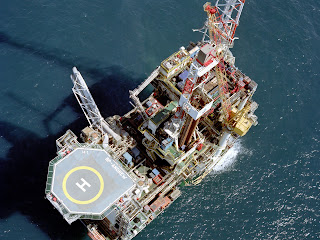