EU’s Russian gas, who gets what & BP’s Bob

The vexing question for European Union policymakers these days is who has what level of exposure to Russian gas imports should the taps get turned off, a zero storage scenario at importing nations is assumed [hypothesis not a reality] and the Kremlin's disregard for any harm to its coffers is deemed a given [easier said than done].

Depending on whom you speak to, ranging from a European Commission mandarin to a government statistician, the figures would vary marginally but won't be any less worrying for some. The Oilholic goes by what Eurogas, a non-profit lobby group of natural gas wholesalers, retailers and distributors, has on its files.

According to its data, the 28 members of the European Union sourced 24% of their gas from Russia in 2012. Now before you say that's not too bad, yours truly would say that's not bad 'on average' for some! For instance, Estonia, Finland, Lativia and Lithuania got 100% of their gas from Russia, with Bulgaria, Hungary and Slovakia not far behind having imported 80% or more of their requirements at the Kremlin's grace and favour. 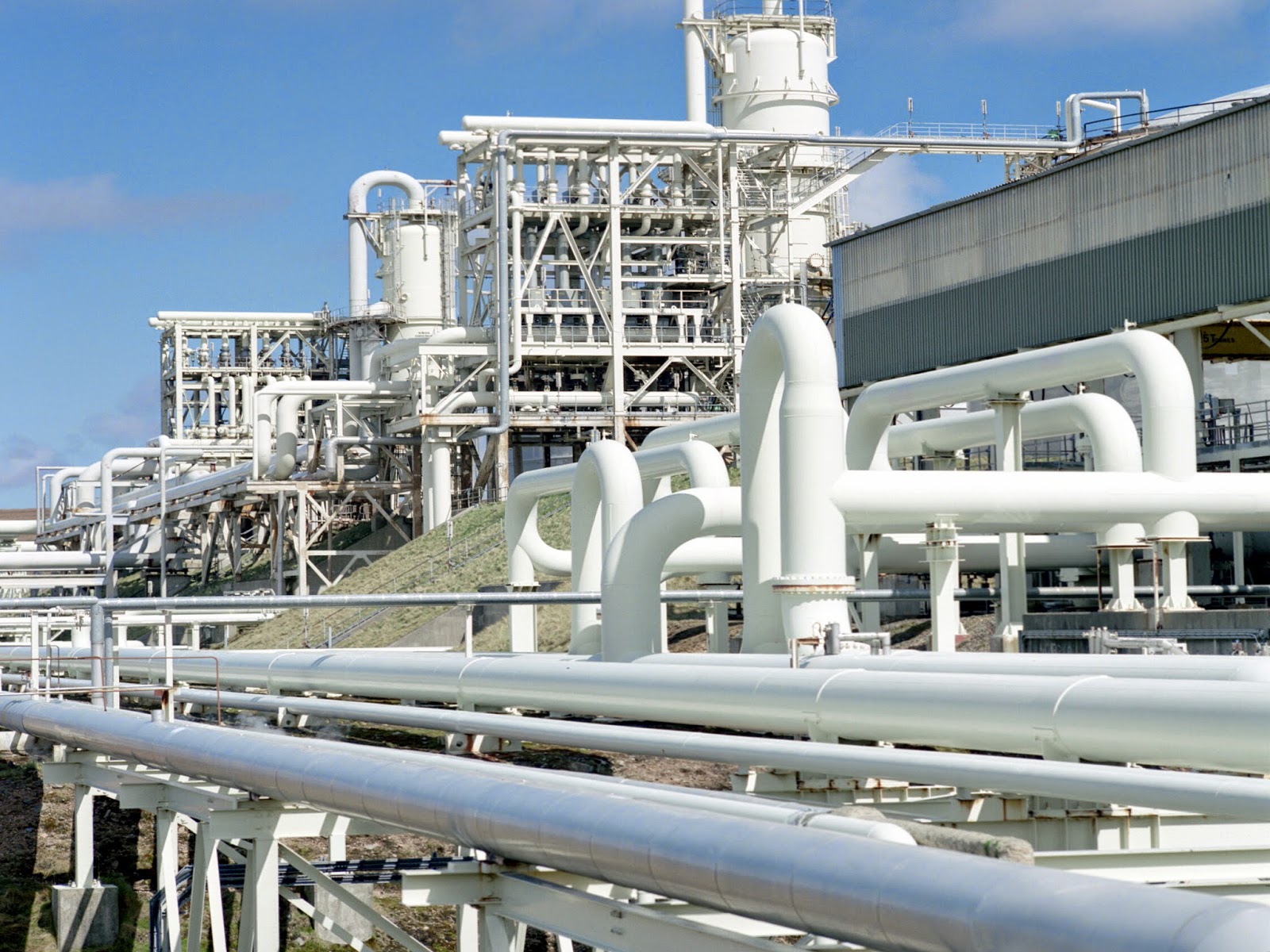 On the other hand, Belgium, Croatia, Denmark, Ireland, Netherlands, Portugal, Spain, Sweden and the UK have nothing to worry about as they import nothing or negligible amounts from Russia. Everyone in between the two ends, especially Germany with a 37% exposure, also has a major cause for concern.

And it is why Europe can't speak with one voice over the Ukrainian standoff. In any case, the EU sanctions are laughable and even a further squeeze won't have any short term impact on Russia. A contact at Moody's says the Central Bank of the Russian Federation has more than enough foreign currency reserves to virtually guarantee there is no medium term shortage of foreign currency in the country. Industry estimates, cited by the agency, seem to put the central bank's holdings at just above US$435 billion. EU members should know as they contributed handsomely to Russia's trade surplus!

Meanwhile, BP boss Bob Dudley is making a habit of diving into swirling geopolitical pools. Last November, Dudley joined Iraqi Oil Minister Abdul Kareem al-Luaibi for a controversial visit to the Kirkuk oilfield; the subject of a dispute between Baghdad and Iraqi Kurdistan. While Dudley's boys have a deal with the Iraqi Federal government for the oilfield, the Kurds frown upon it and administer chunks of the field themselves to which BP will no access to.

Now Dudley has waded into the Ukrainian standoff by claiming BP could act as a bridge between Russia and the West. Wow, what did one miss? The whole episode goes something like this. Last week, BP's shareholders quizzed Dudley about the company's exposure to Russia and its near 20% stake in Rosneft, the country's state-owned behemoth.

In response, Dudley quipped: "We will seek to pursue our business activities mindful that the mutual dependency between Russia as an energy supplier and Europe as an energy consumer has been an important source of security and engagement for both parties for many decades. We play an important role as a bridge."

"Neither side can just turn this off…none of us know what can happen in Ukraine," said the man who departed Russia in a huff in 2008 when things at TNK-BP turned sour, but now has a seat on Rosneft's board.

While Dudley's sudden quote on the crisis is surprising, the response of BP's shareholders in recent weeks has been pretty predictable. Russia accounts for over 25% of the company's global output in barrels of oil equivalent per day (boepd) terms. But, in terms of booked boepd reserves, the percentage rises just a shade above 33%.

However, instead of getting spooked folks, look at the big picture – according to the latest financials, in petrodollar terms, BP's Russian exposure is in the same investment circa as Angola and Azerbaijan ($15 billion plus), but well short of anything compared to its investment exposure in the US.

Sticking with the  crudely geopolitical theme, this blogger doesn't always agree with what the Henry Jackson Society (HJS) has to say, but its recent research strikes a poignant chord with what yours truly wrote last week on the Libyan situation.

The society's report titled - Arab Spring: An Assessment Three Years On (click to download here) - noted that despite high hopes for democracy, human rights and long awaited freedoms, the overall situation on the ground is worse off than before the Arab Spring uprisings.

For instance, Libyan oil production has dramatically fallen by 80% as neighbouring Tunisia's economy is now dependent on international aid. Egypt's economy, suffering from a substantial decrease in tourism, has hit its lowest point in decades, while at the same time Yemen's rate of poverty is at an all-time high.

Furthermore, extremist and fundamentalist activity is rising in all surveyed states, with a worrying growth in terror activities across the region. As for democracy, HJS says while Tunisia has been progressing towards reform, Libya's movement towards democracy has failed with militias now effectively controlling the state. Egypt remains politically highly-unstable and polarised, as Yemen's botched attempts at unifying the government has left many political splits and scars.

Moving on to headline crude oil prices, both benchmarks have closed the gap, with the spread in favour of Brent lurking around a $5 per barrel premium. That said, supply-side fundamentals for both benchmarks haven't materially altered; it's the geopolitical froth that's gotten frothier. No exaggeration, but we're possibly looking at a risk premium of at least $10 per barrel, as quite frankly no one knows where the latest Eastern Ukrainian flare-up is going and what might happen next.

Amidst this, the US EIA expects the WTI to average $95.60 per barrel this year, up from its previous forecast of $95.33. The agency also expects Brent to average $104.88, down 4 cents from an earlier forecast. Both averages and the Brent-WTI spread are within the Oilholic's forecast range for 2014. That's all for the moment folks! Keep reading, keep it 'crude'!

Earlier on Monday, oil giant Shell announced its intentions to sell most of its African downstream businesses to Swiss group Vitol and Helios Investment Partners for US$1 billion adding that it will create two new joint ventures under the proposed deal.

The first of these JVs will own and operate Shell's existing oil products, distribution and retailing businesses in 14 African countries, most notably in Egypt, Morocco, Kenya, Uganda and Madagascar.

The second JV will own and operate Shell's existing lubricants blending plants in seven countries. The move is in line with Shell’s policy of divesting its non-core assets. It sold US$7 billion of non-core assets in 2010. While Shell was divesting in Africa, BP was investing in India via a strategic oil & gas partnership with Reliance Industries.

Both companies will form a 50:50 joint venture for sourcing and marketing hydrocarbons in India. The agreement will give BP a 30% stake in 23 oil and gas blocks owned by Reliance including 19 off the east coast of India. Market feedback suggests the deal is heavily weighted towards gas rather than the crude stuff.

In return for the stake, BP will invest US$7.2 billion in the venture and a further US$1.8 billion in future performance-related investments. The combined capital costs are slated to be in the region of US$20 billon with local media already branding it as the largest foreign direct investment deal in India by a foreign company.

Switching focus to the Middle Eastern unrest, what is happening from Morocco to Bahrain is having a massive bearing on the instability premium factoring in to the price of crude. However, the impact of each country’s regional upheaval on the crude price is not uniform. I summarise it as follows based on the perceived oil endowment (or the lack of it) for each country:

Of these, it is obvious to the wider market that what is happening in Libya is one of concern. More so as the unrest has become unruly and the future may well be uncertain as the OPEC member country accounts for around 2% of the daily global crude production.

Italian and French oil companies with historic ties to the region are among those most vulnerable, though having said so BP also has substantial assets there. Austria’s OMV and Norway’s Statoil are other notable operators in Libya. A bigger worry could be if Iran erupts in a similar unruly way. Given the international sanctions against Iran, oil majors are not as involved there as they are in Libya. However, the question Iran’s crude oil endowment and its impact on the oil markets is an entirely different matter.

Finally, the ICE Brent crude forward month futures contract stood at US$108.25 per barrel, up 5.6% in intraday trading last time checked. I feel there is at least US$10 worth of instability premium in there, although one city source reckons it could be as high as US$15. The "What if" side analysts (as I call them) are having a field day - having already moved their focus from Iran to Saudi Arabia.