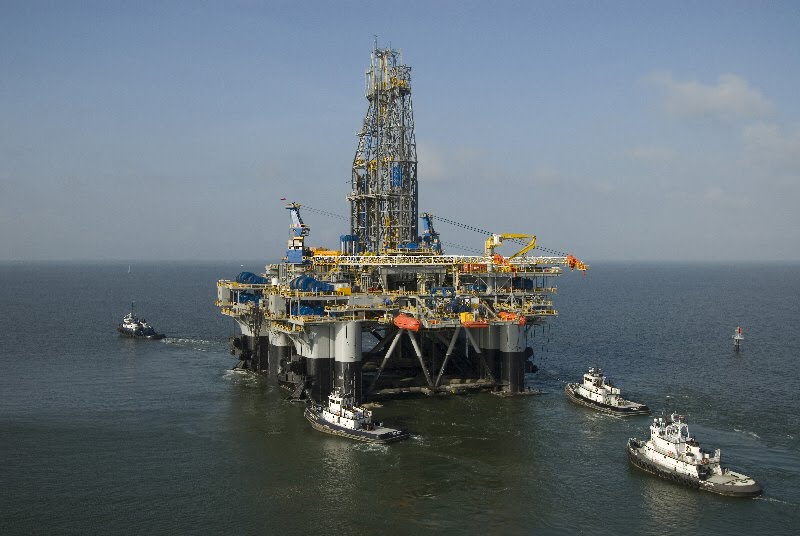 While oil markets have grabbed all the headlines in recent weeks, there is something afoot in the natural gas markets that’s telling. Several analysts and rating agencies have revised their short to medium term gas price forecasts downwards over the past six weeks.

There is nothing to sensationalise here, we’re not slipping down to April 2012 levels and sub-$2 prices. Yet, there is little to be broadly upbeat about over the medium term for US producers given the current abundance of gas. Alex Griffiths, Managing Director at Fitch Ratings, says the agency has merely reacted to rebounding inventories as noted by the EIA and other sources.

“A warmer US winter, and continued strong growth in domestic shale gas supply, including ongoing efficiency gains in drilling are having a bearing. The drop in forward oil prices is also likely to have a dampening effect on US gas demand over the medium term, as lower oil prices suggest lower profits and reduced economic feasibility for at least some US based LNG projects still at the planning stages,” he adds.

In fact, natural gas abundance could stunt the growth of new nuclear build in the eyes of many contacts. At present, nuclear power share of the overall US market is just shy of 20%. Cheap gas means the level is likely to be severely tested over the coming years. Only two new nuclear plants are currently under construction, with the first not expected to come online before 2018 at the earliest.

Gas producers, unlike their oil counterparts, can at least take some solace now in exporting their proceeds of shale to Europe and Asia as Sabine Pass LNG export terminal kicks into gear in 2017. However, Fitch says while the European gas price is in a much better place than the US, it too is going through testing times.

Fitch uses UK’s National Balancing Point (NBP) gas price as proxy, which it has also revised down to $6/mcf in 2015 from $8/mcf to reflect downward movements in the market price since last year. Overall, the NBP has fallen nearly 20% since a year ago to around $7.50/mcf.

“We believe that due to seasonal factors and the downward impact of oil-linked gas contracts elsewhere in the market, which typically readjust price with a six or nine-month lag, it is appropriate to reflect a weaker market as our base assumption for the rest of the year. From 2016, the base case price deck for NBP sees a gradual improvement back to $8 in the long run,” Griffiths adds.

So should US producers continue to look elsewhere in order to get more bang for their invested bucks? Exporting to Europe and Asia seems to be the answer. Invariably though, as pointed out by opponents of US gas exports, this would lead to a rise in domestic gas prices.

US gas will continue to trade at some discount to European prices and at a considerable discount to Asian prices. As the Oilholic noted last year in a Forbes column, the Henry Hub is not relocating to Wales or Singapore any time soon! Even in a depressed gas market, disparities will persist.

That the European market is the most depressed of all shouldn’t be in any doubt. On February 3, Russia’s Gazprom, still Europe’s leading provider of natural gas (Ukraine-related sanctions or not), said it would reduce gas imports from Turkmenistan and Uzbekistan, which it passes on to end clients, by 60% and 75% respectively, to compensate for weak demand.

Not only does it have heavy implications for both those countries, but Moody’s unsurprisingly views it as a credit negative for Intergas Central Asia (ICA, Baa3 positive), Kazakhstan's gas transmission company operating one of main Central Asian pipelines.

The agency says Gazprom’s move has the potential to trigger a 40% dip in ICA’s profits on an annualised basis. “Such revenue deterioration would weaken the credit metrics of ICA, which generates more than 50% of its revenue from the transportation of Asian gas under contract for Gazprom. It would also reduce the company's ability to generate cash, as well as its resilience to foreign currency risk associated with its predominantly US dollar-denominated debt,” it adds.

In summation, these are serious if not precarious times for the gas markets, and it’s not the just US players who ought to be worried.

On a closing note, here is the Oilholic’s recent chat for Forbes with US Department of Energy CIO Donald Adcock. Additionally, here is one’s take on how oil traders, trading houses and of course hedge funds are looking to play contango. As usual they’ll be winners, losers, sinners and pretty happy shippers.

That’s all for the moment folks! The Oilholic is off to gather fresh intel from Mexico City and Houston. Until next time, keep reading, keep it ‘crude’!