Bypassing the Strait of Hormuz from Fujairah 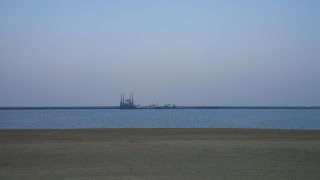 The Oilholic recently found himself roughly 127 km east of Dubai in the United Arab Emirate of Fujairah for a speaking engagement at the Gulf Intelligence Energy Markets Forum 2015.

Among a plethora of crucial subjects up for discussion at a time of low oil prices, much thought in a new place one hadn’t been to before, went towards pondering over an old critical topic – crude oil shipping lanes in the Middle East.

The region's geopolitical tensions have threatened to disrupt oil shipping and other maritime movements at various points over the last five years and counting, even though an actual maritime disruption thankfully hasn’t take place (so far). But whether it’s the Suez Canal, Bab al-Mandab Strait and the Strait of Hormuz, through which a fifth of the world’s oil passes, the threat of naval affray will ever go away.

Back in 2013, barely 12 months on from an Iranian threat to block the Strait of Hormuz, the Oilholic examined nascent mitigation measures to bypass that threat from Oman. However, one got a sense, that Omani overtures also had much to do with challenging nearby Dubai's dominance as a commercial port on the 'wrong' side of the Strait of Hormuz and prone to the Iranian threats.

To this effect, the Omanis are pumping billions into four of their ports – Muscat, Sohar, Salalah and lately Duqm – all of whom face the Gulf of Oman and won’t be affected in the highly unlikely event of the Strait becoming strife and blockade marred.

Of the four, Duqm, an erstwhile fishing village rather than a port, stands to benefit from a new refinery, petrochemical plant and beachfront hotels. However, the UAE’s trump card appears to be its own hub in the shape of Fujairah; the only one of the seven emirates with a coastline facing the Gulf of Oman. With oil-rich neighbour Abu Dhabi as its backer, few would bet against Fujairah.

Indeed, the sleepy and quaint Emirate has woken up, as deliberated by EMF 2015 delegates, with new highways, hotels, supermarkets, ancillary infrastructure - the works! It isn’t just another maritime outlet for the oil industry; storage and petrochemicals facilities are directly linked with over two decades of efforts (and counting) in getting Fujairah to where it is today in infrastructural terms, according to one delegate.

Abu Dhabi’s International Petroleum Investment Company (IPIC), the owner of CEPSA and minority stakeholder in Cosmo Oil and OMV and brains behind the $3.3 billion Habshan–Fujairah oil pipeline, is busy enhancing the now operational pipeline’s onstream capacity from 1.3 million barrels per day to 1.5 million bpd to eventually 2 million bpd. The idea is to pump more and more crude for dispatch avoiding passage of ADNOC cargo via the Persian Gulf. 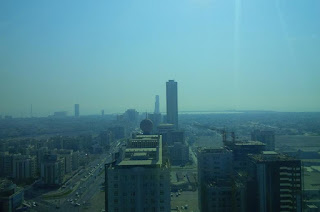 Oil storage volume is set to undergo an increment too. Gulf Petrochem, a key player in oil trading world is spending $60 million to boost its storage facilities at Fujairah.

PIC’s Fujairah Refinery project, currently on cards, will process domestic crude oil, including Murban and Upper Zakum, with ready storage and dispatch facilities. And of course, those playing contango would wonder if Fujairah and rival Omani ports could (in the not to distant future) provide a Middle Eastern storage hub to rival onshore storage elsewhere. Discussions with key EMF 2015 delegates under Chatham House Rules point to a high degree of optimism on the subject of enhanced storage in Middle East whether or not contango plays pay-off.

The Oilholic’s feelings are quite clear on contango plays - as one wrote in a Forbes column back in back in February, there will be gains, but those hoping for returns on par Gunvor’s handsome takings from 2008-09 are in for a disappointment. In the strictest sense, what the Omanis and Emiratis are attempting has little do with the current round of contango punts.

Senior ADNOC, Gulf Petrochem, IPIC executives, policymakers and others told this blogger that what’s afoot in Fujairah is about future proofing and providing the region with a world class facility to process, store and ship domestic crude. Everything else would be secondary.

In any case, by the time planned works and storage enhancements come onstream, the current contango play might well be over and done with! That's all from the UAE folks. Keep reading, keep it ‘crude’!