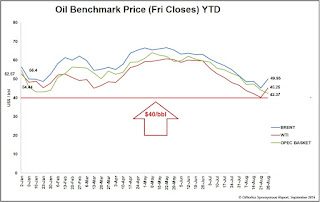 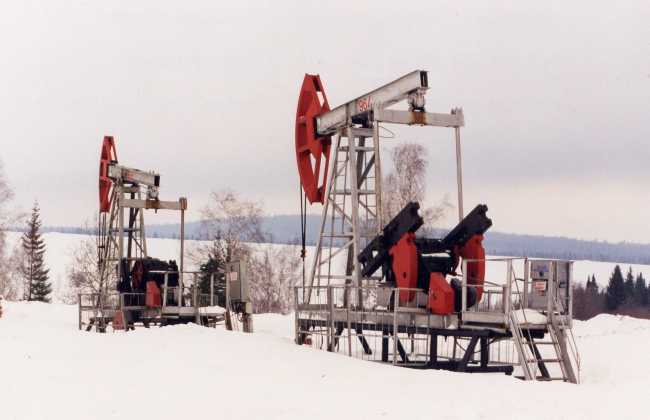 Recent correction in the price of crude oil should come as no surprise. The Brent front month futures contract fell to a 26-month low last week lurking around the US$98 per barrel level.

The Oilholic has said so before, and he’ll say it again – there is plenty of the crude stuff around to mitigate geopolitical spikes. When that happens, and it has been something of a rarity over the last few years, the froth dissipates. In wake of Brent dipping below three figures, a multitude of commentators took to the airwaves attributing it to lower OECD demand (nothing new), lacklustre economic activity in China (been that way for a while), supply glut (not new either), refinery maintenance (it is that time of the year), Scottish Referendum (eh, what?) – take your pick.

Yet nothing’s changed on risk front, as geopolitical mishaps – Libya, Sudan, Iraq and Ebola virus hitting West African exploration – are all still in the background. What has actually gotten rid of the froth is a realisation by those trading paper or virtual contracts that the only way is not long!

It’s prudent to mention that the Oilholic doesn’t always advocate going short. But one has consistently being doing so since late May predicated on the belief of industry contacts, who use solver models to a tee, to actually buy physical crude oil, rather than place bets on a screen. Most of their comparisons factor in at least three sellers, if not more.

Nothing they've indicated in the last (nearly) five months has suggested that buyers are tense about procuring crude oil within what most physical traders consider to be a "fair value" spot trade, reflecting market conditions. For what it’s worth, with the US buying less, crude oil exporters have had to rework their selling strategies and find other clients in Asia, as one explained in a Forbes post earlier this month.

It remains a buyers’ market where you have two major importers, the US and China who are buying less, albeit for different reasons. In short, and going short on crude oil, what’s afoot is mirroring physical market reality which paper traders delayed over much of the second quarter of this year from taking hold. Furthermore, as oversupply has trumped Brent’s risk premium, WTI is finding support courtesy the internal American dynamic of higher refinery runs and a reduction of the Cushing, Oklahoma glut. End result means a lower Brent premium to the WTI.

However, being pragmatic, Brent’s current slump won’t be sustained until the end of the year. For starters, OPEC is coming to the realisation that it may have to cut production. Secretary General Adalla Salem El-Badri has recently hinted at this. 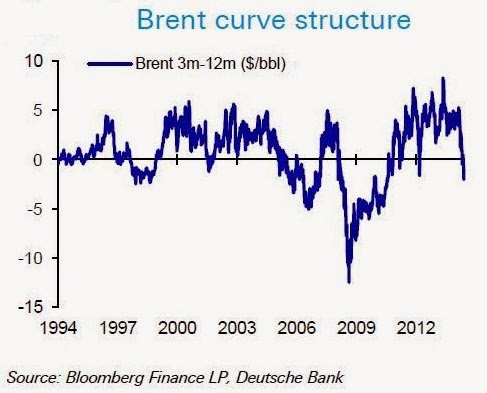 While OPEC heavyweight Saudi Arabia is reasonably comfortable above a $85 price floor, hawks such as Iran and Venezuela aren’t. Secondly, economic activity is likely to pick up both within and outside the OECD in fits and starts. While Chinese economic data continues to give mixed signals, India is seeing a mini-bounce.

Additionally, as analysts at Deutsche Bank noted, “With refineries likely to run hard after the maintenance period, this will support crude oil demand and eventually prompt crude prices, in our view. This may be one of the factors that could help to eliminate contango in the Brent crude oil term structure.”

While the general mood in the wider commodities market remains bearish, it should improve over the remainder of the year unless China, India and the US collectively post dire economic activity, something that’s hard to see at this point. The Oilholic is sticking to his Q1 forecast of a Brent price in the range of $90 to $105 for 2014, and for its premium to WTI coming down to $5.

The agency’s price assumptions for 2016 and thereafter are $90 per barrel for Brent crude and $85 for WTI crude, unchanged from previous assumptions. Moody’s continue to view Brent as a common proxy for oil prices on the world market, and WTI for North American crude.

On a closing note, here’s the Oilholic’s second take for Forbes on the role of China as a refining superpower. Recent events have meant that their refining party is taking a breather, but it’s by no means over. That’s all for the moment folks! Keep reading, keep it ‘crude’!