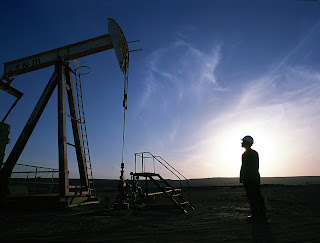 There have been umpteen developments over the last fortnight in the crude saga of oil producers scrambling to curtail production in light of the unprecedented drop in demand triggered by the coronavirus or Covid-19 outbreak.

That oil prices would have fallen regardless was a given, but the current desperate market situation was largely of Saudi Arabia and Russia's own making following the collapse of OPEC+ on March 6.

Marking a reversal, frantic talks over the Easter weekend saw Moscow and Riyadh underpin a 9.7 million barrels per day (bpd) production cut, with feverish diplomacy by U.S. President Donald Trump and the promise of 1.5 million bpd in cuts by G20 oil producers serving as an accompaniment. Overall, the crude potpourri smelt better than it actually was.

For the expected near-term oil demand decline is likely to be two to three times the production cut level. The deal itself doesn't look rock solid. As the Oilholic discussed with Mary-Ann Russon of the BBC, around 2.5 million bpd of cuts have been promised by Russia, an OPEC+ participant with a very poor record of compliance with the OPEC+ framework.

The Saudis meanwhile would be cutting 2.5 million bpd from an inflated level of 11 million bpd. Prior to OPEC+'s December meeting, their production stood at 9.744 million bpd, which means in actual fact their compromise is closer to 1.25 million bpd on average.

Yet for all of this, if oil demand is dire, any supply cut is only likely to have a very limited impact. We are flying, consuming and driving less (despite 99c/gallon prices in some US states) - so if we aren't going out that much, it won't matter one bit what OPEC+ does or doesn't. 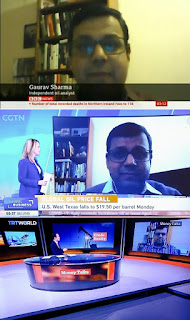 The deal is supposed to run from May to July and it won't avert short-term pain. It's come too late to rescue April, and it's too little for May and June. Hopes are pinned on a V-shaped recovery in oil prices come the middle of July. But how steep that 'V' might be is the question, and in the Oilholic's opinion it'll be steeper than where we are.

As for The Donald, here is this blogger's take in a discussion with Marco Werman on PRI / BBC joint radio production The World. Phenomenal diplomacy it was by the President but more hot air was generated than tangible results.

Additionally, the Oilholic also discussed various other market permutations, facets and shenanigans plus direction of oil and gas stocks, fuel prices, and several other energy topics with a host of industry colleagues including Richard Hunter of Interactive Investor, Freya Cole of BBC, Juliet Mann of CGTN, Victoria Scholar of IG Markets, Auskar Surbakti of TRT World, Sean Evers of Gulf Intelligence, Garima Gayatri of Energy Dias and scribbled half a dozen Forbes missives in what can only be described as the most manic of all manic fortnights for the oil market.

Final thoughts - WTI still looks like it'll hit mid-to-late-teens and continue to lurk below $20 per barrel  till early summer because dire demands means dire prices! That's about it for the moment folks! Stay safe, keep reading, keep it 'crude'!