Time for Istanbul and WPC 22 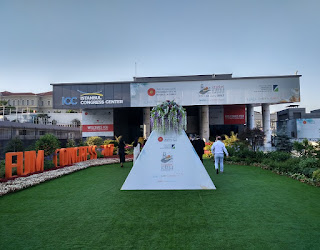 The Oilholic has arrived in Istanbul, Turkey for 22nd World Petroleum Congress, with the 2017 edition being this blogger’s third.

Oh how time flies! Many in the industry must be wondering the same – from Doha (2011) to Moscow (2014) to Istanbul in 2017, the price of crude, using Brent as a benchmark, has fallen considerably, even if it was not a steady downward trajectory.

In 2011, the industry was looking at three-figure prices following a recovery from the global financial crisis. In 2014, the signs of an oil price slump were visible and in here in Istanbul we see it crudely languishing in the $40s despite an OPEC production cut - of 1.8 million barrels per day - in concert with 10 non-OPEC players, at least on paper, and in place until March 2018.

With customary aplomb over 6,000 delegates are expected at the industry’s premier jamboree with 500 chief executive officers, 50 ministers and around 25,000 visitors for the World Petroleum Exhibition; one of the largest strategic oil and gas expos in the world.

Over coming days we can expect to hear from the bosses of Shell, BP, Total, ExxonMobil, Chevron and many more, and ministerial soundbites from India to Iran, Kuwait to Russia and then some. Watch this space, but that’s all from Istanbul for the moment folks! Keep reading, keep it ‘crude’!