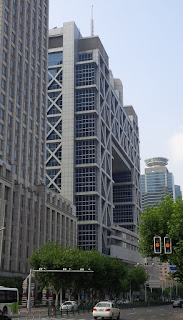 As another week starts with both Brent and WTI futures trading lower, concerns about China which aren’t new, continue to be brandished about. What the Oilholic does not understand is the overt obsession in certain quarters with the direction of Chinese equities.

The country’s factory gate prices and purchasing managers’ indices haven’t exactly impressed over the last few months. Yet, somehow a stock market decline spooks most despite both the mechanism as well as the market itself lacking maturity. It is also constantly prone to government interference and crackdowns on trading firms.

On one level the anxiety is understandable; the Shanghai Composite Index – lurking just around 3,080-level at the time of writing this blog post – has lost nearly 39.5% since its peak in mid-June. However, it does not tell the full story of China’s economy and the correction it is currently undergoing, let alone its ambiguous connect with the country’s oil imports.

The sign of any mature stock market – for example London or Frankfurt – is that the total tradable value of equities listed is 100% (or above) of the country’s Gross Domestic Product. In Shanghai’s case, the figure is more in the region of 34%, suggesting it still has some way to go.

A mere 2.1% of Chinese equities are under foreign ownership at the moment. Many of the country’s major companies, including oil and gas firms, have dual listings in Hong Kong or New York, which while not an indication of lack of domestic faith, is more of an acknowledgement of impact making secondary listings away from home.

Mark Williams, Chief Asia Economist at Capital Economics, feels panic over China is overblown. “The debacle in China’s equity market tells us little directly about what is going on in China’s economy. The surge in prices that started a year ago was speculative, rather than driven by any improvement in fundamentals. A combination of poor data and policy inaction in China may have triggered recent market falls but the bigger picture is that we are witnessing the inevitable implosion of an equity market bubble,” he said.

Furthermore, current turmoil does not provide any direction whatsoever on what the needs of the economy would be in terms of oil imports. Apart from a blip in May, China has continued to import oil at the rate of 7 million barrels per day for much of this year. That’s not to say, all of it is for domestic consumption.

Some of it also goes towards strategic storage, data on which is rarely published and a substantial chunk goes towards the country’s export focussed refineries. China remains a major regional exporter of refined products.

Admittedly, much of the commodities market should be worried if not panicking. Over the years, China consumed approximately half of the world’s iron ore, 48% of aluminium, 46% of zinc and 45% of copper. Such levels of consumption could never have been sustained forever and appear to be unravelling.

Williams noted: “To some extent, China’s recent pattern of weakness in property construction and heavy industry set against strength in services is a positive sign that rebalancing towards a more sustainable growth model is underway. Policymakers in China, unlike their counterparts in many developed economies, still have room to loosen policy substantially further.”

While China’s declining demand is of concern, chronic oversupply in the case of a whole host of commodities – including oil – cannot be ignored either. The current commodities market downturn in general, and the oil price decline in particular, remains a story of oversupply not necessarily a lack of demand.

Another more important worry, as the Oilholic noted via a column on Forbes, is the possibility of a US interest rate hike. The Federal Reserve will raise interest rates; it might not be soon (i.e. this month) but a move is on the horizon. This will not only weigh on commodities priced in dollars, but has other implications for emerging markets with dollar denominated debt at state, individual and institutional levels; something they haven’t factored into their thinking for a while.

In summation, there is a lot to worry about for oil markets, rather than fret about where the Shanghai Composite is or isn’t going. That’s all for the moment folks! Keep reading, keep it ‘crude’!