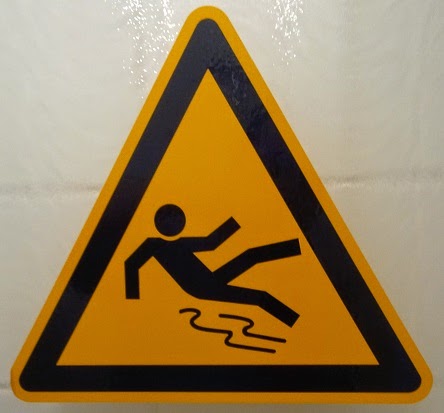 So we had a crude oil price plunge early January, followed by a spike that promptly "un-spiked", only to rise from the ashes and subsequently go down the path of decline again. Expect further slippage, more so as the last week of profit taking takes place before the March futures contracts close, which in ICE Brent’s case would be February 13.

Amid the ups and downs of the last six weeks, headline writers were left tearing their hair on a daily basis switching from "Brent extends rally" to "Oil slides despite OPEC talk of a floor" to "Falling Premiums" to "Crude oil getting hammered" and back to "Oil jumps". All the while commentators queued up with some predicting a return to a US$100 per barrel Brent price "soon", alongside those sounding warnings about a drop to $10.

The actual market reality is both here and nowhere, as we enter a period of constant slides and spikes between $40 and $60. There are those who say the current oil price level cannot be sustained and supply-side analysts, including the Oilholic, who say the current oil production levels cannot be sustained. Both parties are correct – a price spike and a supply correction will happen in tandem, but not overnight.

It will take at least until the summer for sentiments about lower production levels to feed through, if not longer. More so, as many are gearing up to produce more with less, for example in Western Canada where fewer wells would be dug this year, but the production tally would be higher than the previous year. Taking a macro viewpoint, all the chatter of bull runs, bear attacks and subsequent rallies is just that – chatter. Market fundamentals have not materially altered.

Despite the latest Baker Hughes data showing fewer operational rigs compared to this point last year, the glut persists and there is some way to go before it alters. Roughly around 5% of current global oil production is taking place at a loss. Yet producers are biting the bullet wary of losing market share. It'll take a lot longer than a few weeks of negative rig data in the new year, before someone eventually blinks and makes a substantial impact on production levels. The Oilholic reckons it will be around June.

Until then, expect the market to continue skating in the $40 to $60 rink. In fact, there is some justification in OPEC Secretary General Abdalla Salem El-Badri’s claim that oil prices have bottomed out. While we could have a momentary dip below $40, something which the Western Canadian Select has already faced. However, by and large benchmark prices have indeed found resistance above $40. 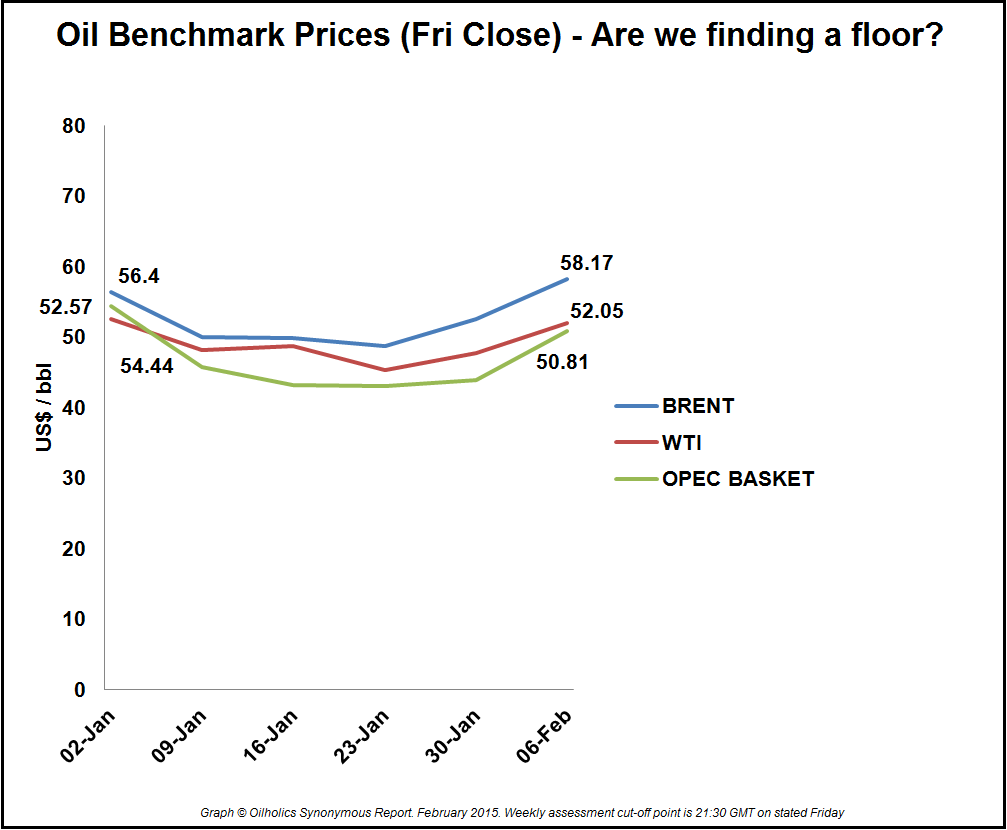 Having said so, the careful thing to do between now and (at least) June would be to not get carried away by useless chatter. When Brent shed 11.44% in the first five trading days of January, only to more than recover the lost ground by the end of the month (see chart on the right, click to enlarge), some called it a mini-bull run.

Percentages are always relative and often misleading in the volatile times we see at the moment, as one noted in a recent Tip TV broadcast. So mini-bull run claims were laughable. As for the eventual supply correction, capex reduction is already afoot. BP, Shell, BG Group and several other large and small companies have announced spending cuts. A recent Genscape study of 95 US exploration and production (E&P) companies noted a cumulative capex decline of 27%, from $44.5 billion last year to a projected $32.5 billion this year.

Meanwhile, Igor Sechin, the boss of Russia’s Rosneft has denied the country would be the first to blink and lower production in a high stakes game. Quite the contrary, Sechin compared the US shale boom to the dotcom bubble and rambled about the American position not being backed up by crude reserves.

He also accused OPEC along familiar lines of conspiring with Western nations, especially the US, to hurt Russia. Moving away from silly conspiracy theories, Sechin does have a point – the impact of a lower oil price on shale is hard to predict and is currently being put to test. We’ll know more over the next two to three quarters.

However, comparing the shale bonanza to the dotcom bubble suggests wilful ignorance of a few basic facts. Unlike the dotcom bubble, where a plethora of so-called technology firms put forward their highly leveraged, unproven, profit lacking ventures pitched to investors by Wall Street as the next big thing, independent shale oil upstarts have a ready, proven product to sell in barrels.

Of course, operational constraints and high levels of leveraging remain burdensome in a bearish oil market. While that might cause difficulties for fringe shale players, established ones will carry on regardless and find ways to mitigate exposure to volatility.

In case of the dotcom bubble, where some had nothing of proven tangible value to sell, independents tipped over like dominos when the bubble burst, apart from those who had a plan. For instance, the likes of Amazon or eBay have survived and thrived to see their stock price recover well above the dotcom boom levels.

Finally, in case of US shale players, ingenuity of the wildcatters catapulted them to where they are with a readily marketable product to sell. There is anecdotal evidence of that same ingenuity kicking in tandem with extraction process advancements thereby making E&P activity viable even at a $40 Brent price for many if not all.

So it's not quite like Pets.com if you know what the Oilholic means. Sechin’s point might be valid but its elucidation is daft. Furthermore, US shale players might have troubling days ahead, but trouble is something the Russian oil producers can see quite clearly on their horizon too. Additionally, shale plays have technological cooperation aimed at lowering costs on their side. Sanctions mean sharing of international technology to sustain or boost production as well as lower costs is off limits for the moment for Russia.

On a closing note, its being hotly disputed these days whether and by how much lower oil prices boost global economic activity, as one noted in a recent World Finance journal video broadcast. Entering the debate this week, Moody’s said lower oil prices might well give the US economy a boost in the next two years, but will fail to lift global growth significantly as headwinds from the Eurozone, China, Brazil and Japan would dent economic activity.

It assumes that oil prices will stay near current levels in 2015 because demand and supply conditions are "unlikely to change markedly" in the near future, as The Oilholic has been banging on many a blog post including this one. That’s all for the moment folks! Keep reading, keep it ‘crude’!