Crude year that was & oil price forecasts for 2015 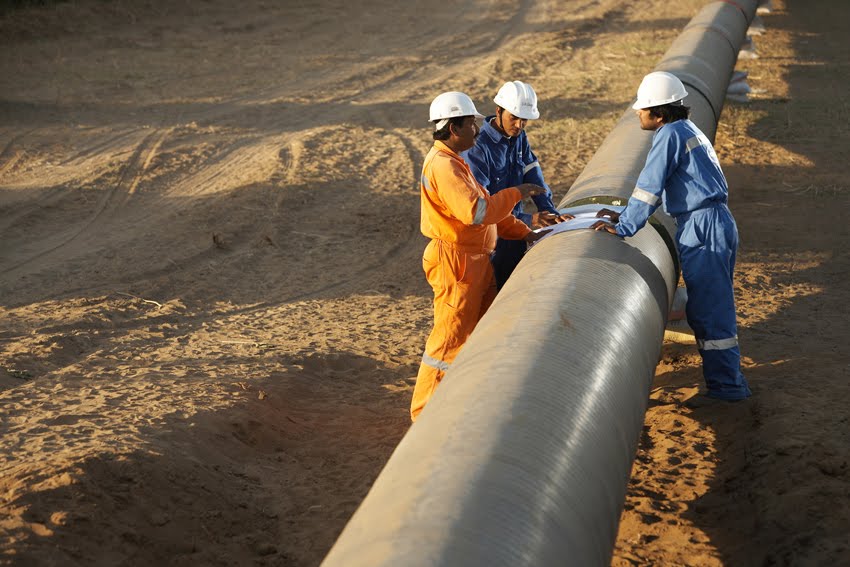 As 2014 comes to a close, it’s time to look back at what the Oilholic was up to and how the oil and gas sector performed in general. The only place to start would be the oil price where those in the business of charting it had a year of two halves.

First six months of the year saw Brent, considered a global proxy benchmark, comfortably over $100 per barrel only to see a dramatic decline over the second half of the year that accelerated rapidly in the face of a global supply glut.

The US went in general retreat from the global oil markets in meaningful volumes, not needing to import as much given rising domestic shale and tight oil production. Global demand didn’t stack-up like it did in 2013, but producers were unrelenting with output rising from Canada to Russia and OPEC’s production quota staying where it was at 30 million barrels per day (bpd).

In fact, make it 30.7 million bpd if you believe in market consensus. End result was (and still is) a buyers’ market with China leading the way, but not importing as much as it used owing to stunted economic activity. From $115 per barrel in the summer, Brent is barely managing to resist a $60 price floor having already breached it once in December. WTI is also plummeted in tandem and is currently trading below $60.

Both OPEC Ministers’ meets for 2014 couldn’t have been held in more divergent circumstances. In June, the quota was held where it was because most in the cartel were happy with a $100-plus Brent price. In November, the quota stayed where it was because the Saudis refused to budge from their position of not wanting a production cut fearing a loss of market share. While Iran and Venezuela did not share their view, the Saudis prevailed as usual for a cut without their backing would have been meaningless.

Quite frankly, by not calling an extraordinary meeting when oil hit $85, OPEC missed a trick. Nonetheless, given the existing glut one doubts whether an OPEC cut in November would have had any tangible medium term impact anyway. Saudi Oil Minister Ali Al-Naimi probably thought the same. But where does the price go from here? One has to admit that for the first time since this blog appeared on cyberspace in 2009; price averages for both Brent and WTI fell below the Oilholic’s median 2014 forecast.

Being a supply-side analyst one has long bemoaned the high oil price right from the days it became manifestly apparent that the US was no longer importing like it used to. And yet net long bets persisted well into the summer of this year courtesy hedge funds and other speculators, until physical traders of the crude stuff refused to buy in to a false spike injected by Iraqi disturbances.

Instead of contango, backwardation set in and price hasn’t recovered since with good reason. However, it wasn’t until October that the decline really took hold with OPEC’s decision not to cut production really accelerating the drop over the fourth quarter. The Oilholic would say the market is undergoing profound change of the sort that only comes around once in 20 years or so.

Given there so much oil out there and importers aren’t importing as much, risk premium has turned to risk fatigue, while a sellers’ market in the most lukewarm of times has become a buyers’ market in uncertain times. Nonetheless, supply correction is inevitable as unprofitable, especially unconventional exploration, takes a hit and non-OECD demand picks up. The Oilholic is fairly certain that come December 2015, we would once again be around the $80 level for Brent.

For the moment, barring a financial tsunami knocking non-OECD economic activity, the Oilholic's prediction is for a Brent price in the range of $75 to $85 and WTI price range of $65 to $75 for 2015. Weight on Brent should be to the upside, while weight on WTI should be to the downside of the aforementioned range. This blogger also does not believe legislative impediments over the US exporting oil are going away anytime soon as the 2016 presidential election draws ever closer.

Moving away from pricing, 2014 also saw the oil and gas world mourn the sad death of Total CEO and Chairman Christophe de Margerie in a plane crash in Moscow. Here is the Oilholic's tribute to one of the industry’s most colourful characters. Wider human tragedies overlapping the crude world including Russia’s bid to influence events in Ukraine and the spectre of ISIS over Iraq loomed large.

The oil price began hurting Russia by the end of the year with the rouble taking a plastering. Meanwhile in Iraq, given that ISIS controlled areas were far removed from the port of Basra and major Iraqi oil production facilities, risk premium from the unfolding events did not have a lasting impact on oil price barring a momentary spike in June.

Nigeria and Libya's troubles continued. In case of the latter, the country now has two oil ministers, two prime ministers but thankfully only one National Oil Company. Yet, geopolitical flare-ups aren't likely to have much of an impact over the first half of 2015 given the amount of oil there is in the market.

Away from it all and on a more personal footing, yours truly started writing for Forbes as well as commentating on Tip TV on a regular basis over 2014, alongside various other ‘crude’ engagements. Going on the road (or air) in pursuit of ‘crude’ intel, saw the Oilholic visit Rotterdam, Istanbul, San Francisco, Zagreb, Tokyo, Hong Kong and Shanghai.

The 21st World Petroleum Congress meant a return to the host city of Moscow after a gap of 10 years. Invariably, the Ukrainian stand-off cast a shadow over an event dubbed the Olympics of the oil and gas business.

One also got a chance to interview ex-Enron whistleblower turned academic Dr Vincent Kaminski in Houston and IEA Chief Economist Dr Fatih Birol more closer to home. Among several senior executives one got a chance to interact with were C-suite executives from EDF, Tethys Petroleum, Frontier Resources, Primagaz and Rompetrol to name but a few.

Many fellow analysts, commentators, traders, academics, legal and financial experts shared their insight and valuable time on on-record while others preferred an off-record chat. Both sets have the Oilholic’s heartfelt thanks. Rather unusually, this blogger found political satirist and comedian Jon Stewart’s take on the farce that’s become of the Keystone XL project bang on the money. Finally, the Oilholic also reviewed some ‘crude’ books to help you decide whether they are for you or not.

It's been a jolly crude year and one that wouldn't have been half as spiffing without the support of you all - the dear readers of this blog. Here goes the look back at Crude Year 2014. As the Oilholic Synonymous Report embarks upon its sixth year on the Worldwide Web and the eighth year of its virtual existence – here's wishing you a very Happy New Year! That’s all for 2014 folks! Keep reading, keep it ‘crude’!