US prices at the pump & that export ban 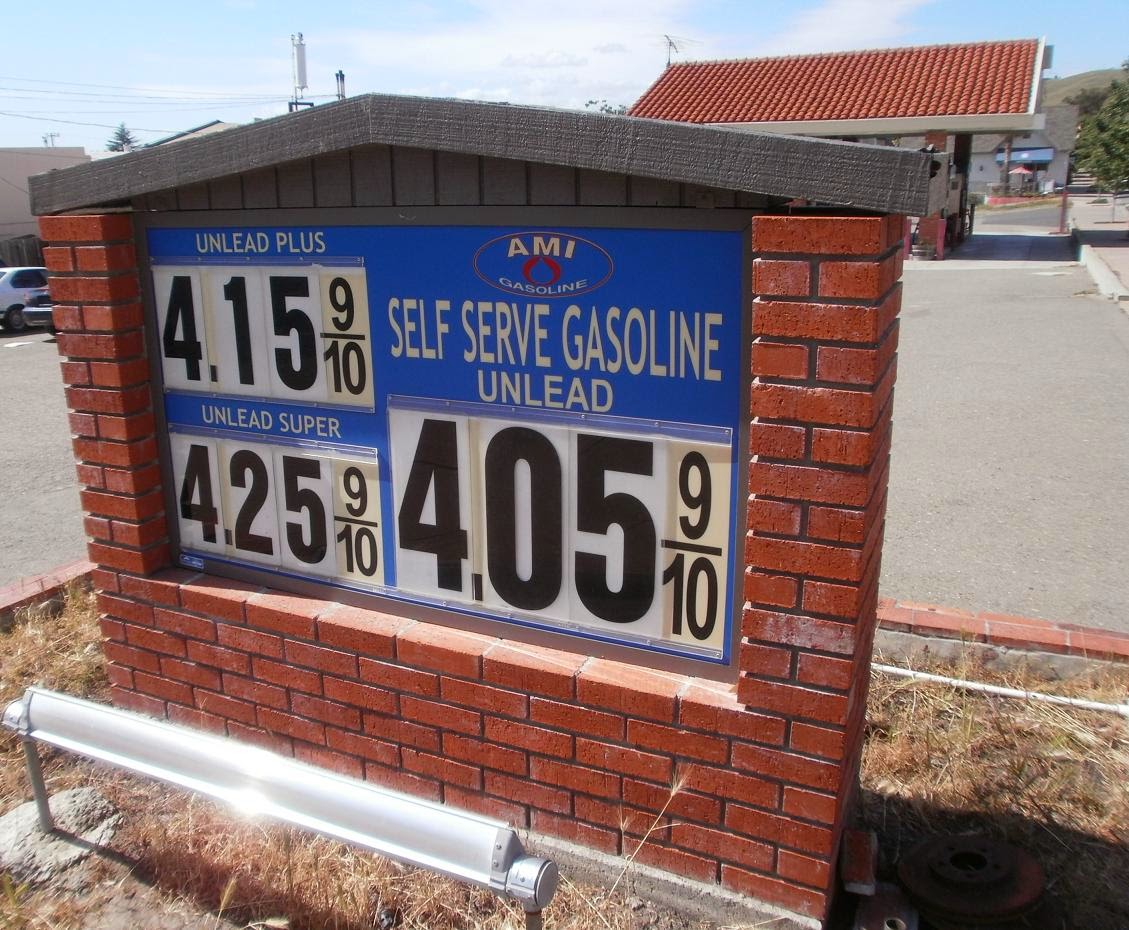 Each time the Oilholic is Stateside, one feels obliged to flag up petrol prices at the pump, often a cause of complaint from US motorists, spooking presidents to seek a release of the Strategic Petroleum Reserves.
So here's the latest price snap (left) from a petrol station at Mission San Jose, California captured by yours truly while in the South San Francisco Bay. And the price is per gallon, not litres, a pricing level that drivers in Europe can only dream of. With the shale bonanza, chatter is growing that the US should end its ban on crude oil exports. The ban was instituted in wake of the 1973 OPEC oil embargo and has been a taboo subject ever since.

However, the prices you see above are the very reason a lifting of that ban is unlikely to end over the medium term. Argument used locally is the same as the one mooted for the unsuccessful bid to prevent US natural gas exports – i.e. end consumers would take a hit. While in the case of natural gas, industry lobby groups were the ones who complained the loudest, in the case of crude oil, consumer lobby groups are likely to lead the fight.

That's hardly an edifying prospect for any senator or congressman debating the issue, especially in an election cycle which rears its head every two years in the US with never ending politicking. Just ask 'now Senator' and Democrat Ed Markey! But to quote someone else for a change – Senate Foreign Relations Committee Chairman Robert Menendez, another Democrat, has often quipped that lifting the ban would benefit only major oil companies and could end up "hurting US drivers and households" in the long run with higher gasoline prices.
Not all Democrats or US politicians are opposed to the lifting of a ban though. Senate Energy and Natural Resources Chairman Mary Landrieu and Republican Senator Lisa Murkowski support a lifting of the ban. Both recently called on the EIA to conduct a detailed study of the effects of crude oil exports.
"This is a complex puzzle that is best solved with dynamic and ongoing analysis of the full picture, rather than a static study of a snapshot in time," they wrote in an April 11 letter to EIA Administrator Adam Sieminski.
However, in all honesty, the Oilholic expects little movement in this front. Read up on past hysteria over the slightest upward flicker at US pumps and you'll get your answer why. One must be thankful that the debate is at least taking place. That too, only because US crude oil inventory books keep breaking records.

Earlier this month, the market was informed that US inventories had climbed to their highest level since May 1931. So what are we looking at here –  stockpiles at Cushing, Oklahoma, the country's most voluminous oil-storage hub and the delivery point for New York futures, rose by 202,000 barrels in the week ended April 25.
The news trigged the biggest WTI futures loss since November last year as a Bloomberg News survey estimated the net stockpile level to be close to 399.9 million last week. That said, nothing stops the likes of Markey from blowing hot air or speculators from netting their pound of flesh.
According to the Commitment of Traders (COT) data released by the Commodity Futures Trading Commission (CFTC) on Friday, traders and speculators increased their overall bullish bets in crude oil futures for a fifth straight week, all the way to the highest level since March 4 last week.
The non-commercial contracts of crude oil futures, primarily traded by large speculators and hedge funds, totalled a net position of +410,125 contracts for the week ended April 22. The previous week had seen a total of +409,551 net contracts. While this represents only a minor change of just +574 contracts for the week, it is still in throes of a bull run. That's all from San Francisco folks! Keep reading, keep it 'crude'!
To follow The Oilholic on Twitter click here.
To follow The Oilholic on Google+ click here.
To email: gaurav.sharma@oilholicssynonymous.com