Crude viewpoints from the Bay Area 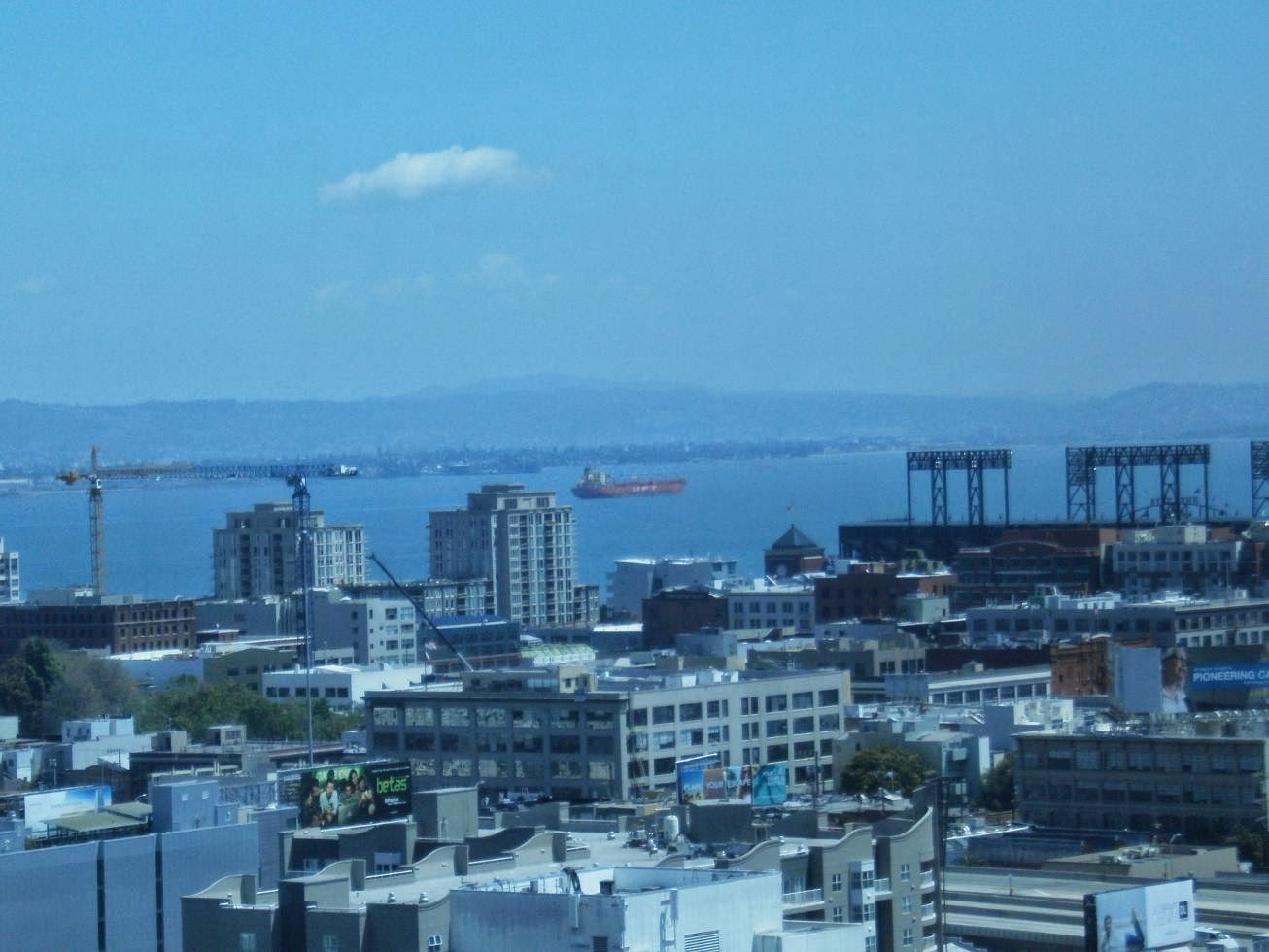 The Oilholic finds himself in the San Francisco Bay Area yet again for the briefest of visits. By force of habit, one couldn't help doing a bit of tanker spotting from a vantage point some 21 floors above on a gloriously sunny day. More importantly, it's always a pleasure to discuss the stock market prices of companies behind what these metallic behemoths at sea are carrying.

The trading community appears to be in bullish mood close the midway point of 2014. Yours truly spoke to seven traders based here, most of whom had a buy recommendation on the big four services companies, which is not entirely unexpected. Five also had a buy recommendation on EOG Resources, a company the Oilholic admits has largely gone under his radar and Enterprise Products Partners, which hasn't.
The former, according IHS Energy data, saw a 40% rise in value to just under US$46 billion in 2013, making the company the largest market capitalisation gainer for upstream E&P companies last year. Now that is something. It is blatantly obvious that the liquids boom in North America is beginning to drive investment back into all segments of the oil & gas sector.
"Stock market is rewarding those with sensible exposure to unconventional plays. Hell if it goes on the way it has, I might even recommend Canadian E&P firms more frequently, Keystone XL or not," quips one trader. (Not to detract from the subject at hand, but most said even if Keystone XL doesn't get the go ahead from the Obama administration, future isn't so bleak for Canadian E&P; music to the ears of Chinese and Korean businessmen in town.)

Midstream companies are in many cases offering good returns akin to their friends in the services sector, given their connect to the shale plays. Okay now before you all get hot under the collar, we're merely talking returns and relative stock valuation here and not size. And for those of you who are firm believers of the 'size does matter' hypothesis, latest available IHS Energy data does confirm that the 16 largest IOCs it monitors posted a combined market capitalisation of $1.7 trillion at the end of 2013, a little over 10% above their value the year before.

Yet, oil majors continue to divest, especially on the refining & marketing (R&M) side of the business and occasionally conventional E&P assets where plays don't gel well with their wider objectives. Only last week, BP sold its interests in four oilfields on the Alaska North Slope for an undisclosed sum to Hilcorp.

The sale included BP's interests in the Endicott and Northstar oilfields and a 50% interest in each of the Liberty and the Milne Point fields. Ancillary pipeline infrastructure was also passed on. The fields accounted for around 19,700 barrels of oil equivalent per day (boepd). Putting things into context, that's less than 15% of the company's total net production on the North Slope alone and near negligible in a global context. 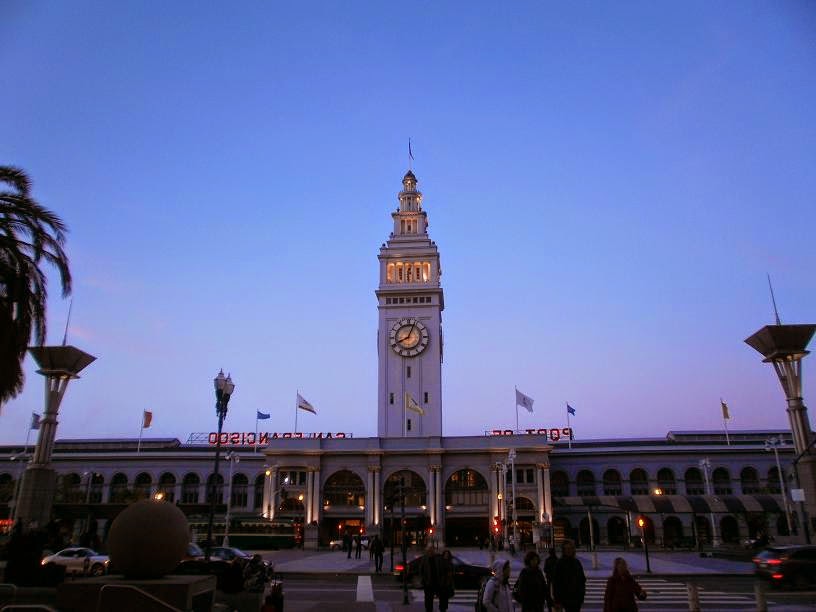 BP said the deal does not affect its position as operator and co-owner of Prudhoe Bay nor its other interests in Alaska. But for Hilcorp, which would become the operator of Endicott, Northstar and Milne Point and their associated pipelines and infrastructure pending regulatory approval, it is a sound strategic acquisition.

Going back to the core discussion, smart thinking could, as the Bay Area traders opine, see all sides (small, midcap and IOCs) benefit over what is likely to be seminal decade for the North American oil & gas business between now and 2024-25.

As Daniel Trapp, senior energy analyst at IHS and principal author of the analysis firm's Energy 50 report, noted earlier this year in a note to clients: "While economic and geopolitical uncertainty will certainly continue driving energy company values, it is clear that a thought out and well-executed strategy positively affects value.

"This was particularly true with companies that refocused on North America in 2013, notably Occidental, which saw its value expand 24%, and ConocoPhillips, which grew 23% in value."

There seem to be good vibes about the performance of North American refiners. As promised to the readers, yours truly wanted to know what people here felt. Ratings agency Moody's said earlier this month that North American refiners could retain their advantage over competitors elsewhere in the globe, with cheaper feedstock, natural gas prices, and lower costs contributing to 10% or higher EBITDA growth through mid to late 2015.

Those with investments and stock exposure in US refiners reckon the Moody's forecast is about right and could be beaten by a few of the players. A few said Phillips 66 would be the one to watch out for. Question is – what will these companies do with their investment dollars going forward in light higher profits, as the case for pumping in more capex into existing infrastructure is not clear cut, despite the need for Gulf Coast upgrades.

Additionally, most anecdotal evidence here in California suggests tightening emissions law in the state is price negative in particular for Tesoro and Valero, but Phillips 66 could take a hit too. In essence, not much has changed in terms of the legal parameters; only their impact assessment in 2014-15 is yet to reach investors' mailboxes.

On a related note, here is an interesting piece from Lior Cohen of the Motley Fool, examining the impact of the shrinking Brent-WTI spread on refiners. Valero and Marathon's first quarter performance could be negatively impacted as the spread narrows, the author reckons.

Overall, in the Oilholic's opinion what appears to be an abundance of low-cost feedstock from inexpensive domestic crude oil supply will continue to benefit US refiners. While North American refiners should be content with abundance, Europeans are getting pretty discontent about their reliance on Russian gas.

Despite obvious attempts by the European Union to belatedly wean itself off Russian gas, Fitch Ratings reckons the 28 member nations group would be pretty hard pressed to replace it. In fact, an importation ban on Russian gas to the EU would cause substantial disruption to Europe's economy and industry, according to the agency.

Painting a rather bleak picture, Fitch noted in a recent report that the immediate aftermath of such a move would see the region suffer from gas shortages and high prices due to its limited ability to reduce demand, source alternative supplies and transport gas to the most affected countries.

A surge in gas prices after a ban would probably also have knock-on effects on electricity, coal and oil prices. Industry would bear the brunt of supply shortages as household demand would be given priority. A lengthy ban on Russian gas – described as "a low-probability, but high-impact scenario" would see gas-intensive sectors such as steel and chemicals being heavily hit.

This would accelerate the closure or mothballing of capacity that is suffering from low profitability due to competition from low-cost energy jurisdictions such as the US or Middle East.

In 2013, Russia supplied 145 bcm of gas to Europe, and the latter would have great difficulty in sourcing alternative supplies. "Increased European gas production and North African piped gas could offset a small proportion of this. Tapping into the global LNG market would yield limited volumes as Europe's Russian gas demand equates to nearly half of the world's LNG production, which is already mostly tied to long-term supply contracts. Hence, gas and other energy prices could surge," the agency noted.

In theory, Europe has plenty of unused LNG regasification capacity, which could help replace some Russian supplies. But the majority of plants are located in Southern Europe and the UK, far away from the Central and Eastern European countries that are most reliant on Russian gas. So there you have it, and it should help dissect some of the political hot air. That's all for the moment from San Francisco folks! Keep reading, keep it 'crude'!