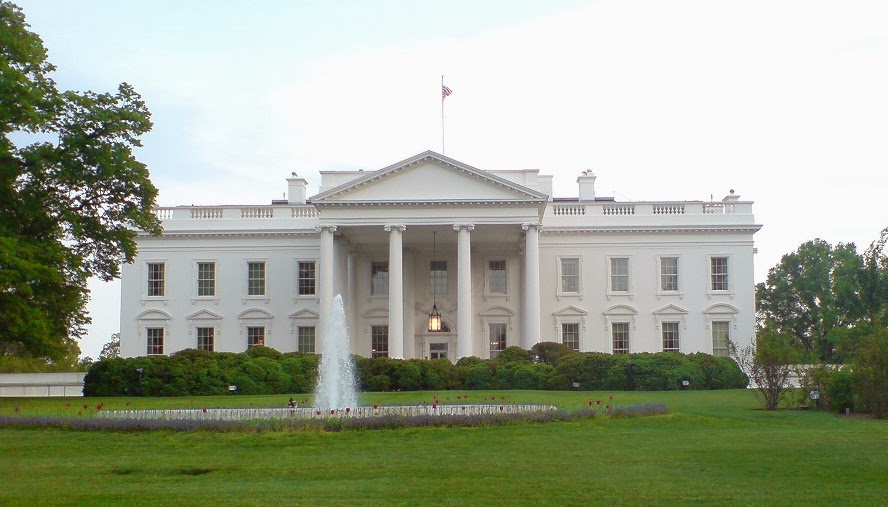 Despite it having been a mad few days of 'crude' results, the Oilholic feels there is only one place to start this post – the US State Department's recent take on the Keystone XL project.

The Department's review of the project or should you like formalities – its Final Supplemental Environmental Impact Statement – noted that it had "no objections" on any major environmental grounds to the cross-border 1,179 mile-long Alberta to Texas pipeline extension project.

Its take, of course, pertains to 875 miles of proposed pipeline construction across US jurisdictional control which has been the subject of immense controversy with everyone from the American workers' unions [flagging-up job creation] to environmentalists [warning about risk of spillage] weighing in.

So is the end of the saga close with a thumbs-up from the State Department? Sadly, not quite, not yet! A 30-day public comment period has begun and is scheduled to end on March 7. During this time, "members of the public and other interested parties" are encouraged to submit comments on "the national interest determination."

Then the ultimate decision has to be made by the ditherer-in-chief, President Barack Obama, who is yet to make his mind up, pending reviews from "other government agencies" and the public at large.

As expected, the State Department's statement is full of waffle. Hoping not to annoy either those for or against the project, it took no firm stances in the Oilholic's opinion. However, there is one very clear, in fact explicit, conclusion by the department, from this blogger's reading of it – Alberta's oil sands will be developed Keystone XL or not!

In a related development impact assessment, it also noted – perhaps in no small part down to recent incidents and accidents – that using the rail network to transport crude was an even worse option than the pipeline itself, if a carbon footprint was the deciding factor. The so-called "other agencies", most notably the Environmental Protection Agency, now have around 90 days to comment before the State Department finally issues its "final" recommendation to the President.

Then there would be no excuses or reasons for stalling left and we should know either ways by the summer. One thing is for sure, the Americans have formally acknowledged that cancelling the pipeline extension won't stop E&P activity in the oil sands. So if that's what the environmentalists are after, there's some food for thought. One wishes, the State Department read this blog more often. Yours truly could have saved them a lot of time and money in reaching such a blatantly obvious conclusion.

For TransCanada's sake, which first applied for a permit from the US government as far back as 2008, the Oilholic hopes the US$7 billion project does go ahead. Stepping away from pipeline politics, to some 'crude' financial results over the past week, one cannot but feel for BG Group's Chief Executive Chris Finlayson.

In a geopolitically sensitive industry, Finlayson's team could not be apportioned blame when he announced that group earnings would dip by 33% on an annualised basis to around $2.2 billion, owing to unrest in Egypt. In the backdrop of domestic strife, the Egyptian government has not honoured agreements covering BG Group's share of gas from fields in the country, with high levels of gas being diverted to the domestic market.

Unable to fulfil its export obligations, the company had to serve force majeure notices to affected buyers and lenders, in effect releasing all sides from contractual obligations for circumstances beyond their control. Hence, a company deemed to be high-flier in the oil & gas world was - albeit temporarily - made to look like a low-flapper boosted by occasional gusts of gas...er sorry wind!

As Egypt accounts for over 20% of its annual production at present – BG Group's profit warning made its shares take a plastering following the trading update on January 27, dipping 18% at one point. The price is currently in the £10 to £11 range and most analysts are nonplussed. For instance, Liberum Capital cut BG Group to hold from buy, with the target cut from £14.75 to £12.80. Investec analyst Neill Morton cut the group's EPS forecast for 2014 and 2015 by 22% and 16% respectively.

"However, we do not believe that a takeover is likely (or even possible?) for a $60 billion company which is likely to command a substantial takeover premium. The key challenges over the next 18 months are the developments in Brazil and Australia which still run the risk of further issues, in our view (for e.g. the Brazil development is being done by Petrobras)," Morton added.

While BG Group was warning on profits, supermajor Shell wasn't exactly covering itself in glory. Following on from a pretty substantial profits warning, Shell's profits [outstripping the effect of oil price fluctuations came] in at $2.9 billion for the last quarter of 2013, down from $5.6 billion noted over the same period in 2012. The market was already well prepared for a dip in performance from Shell, but much to this blogger's surprise, new chief executive Ben van Beurden said the company's strategy presentation [slated for March 13] would contain no fresh targets on production, capex and asset disposal.

Odd indeed, and if one might humbly add – Shell's asset disposal, especially if similar drives at BP, Chevron and ConocoPhillips are to be used as measuring rods, seems a bit random! The Anglo-Dutch company said it was targeting disposals of $15 billion in the current financial year, and had stopped exploration in Alaska.

Its stake in the Australian Wheatstone project is expected to go, and a 23% stake in the Brazilian Parque das Conchas (BC-10) offshore project already has gone, subject to regulatory approvals. Ratings agency Fitch said such moves were positive, but added: "It remains to be seen whether Shell will take the opportunity that this flexibility affords it to retrench, or be tempted into shareholder friendly actions that could threaten its 'AA' credit rating."

Finally, ExxonMobil – biggest of the publicly traded IOCs by market value – also saw its profits below market expectations after a failure to offset declining production with fresh reserves. For the fourth quarter, it posted a net income of $8.35 billion, or $1.91 per share, compared with $9.95 billion, or $2.20 per share, over the same quarter in 2012. Those picky analysts were hoping for $1.92 to $1.94 per share – some will never be pleased!

Forget the analysts, here's an interesting article on what Warren Buffet sees in ExxonMobil to help draw conclusions on the "quintessential defensive stock." In response to his company's latest financials, chief executive Rex Tillerson promised to move ahead with new exploration projects.

Away from results, oil majors and minors ought to take notice as it seems oil might be overtaken by coal as the dominant primary energy source worldwide by 2017, according to the IEA. Adding further weight to this hypothesis, Worldwatch Institute's recent Vital Signs Online study noted that natural gas increased its share of energy consumption from 23.8% to 23.9% during 2012, coal rose from 29.7% to 29.9%, while oil fell from 33.4% to 33.1%.

Coal, natural gas, and oil, collectively accounted for 87% of global primary energy consumption in 2012. Finally, OPEC's 'long-standing' Secretary General Abdalla Salem El-Badri has said its member nations will be able to handle the extra oil "expected to come from Iran, Iraq and Libya" to head off any oversupply.

We believe you sir, but it'll be kinda hard to keep a trio gagging for an export impetus to toe the line, say us supply-side analysts. Hopefully, oversupply or even the perception of oversupply should bring the price of the crude stuff down a fraction and may be price positive for consumers. Hence, a month into 2014, yours truly stands by his price forecast. That's all for the moment folks! Keep reading, keep it 'crude'!