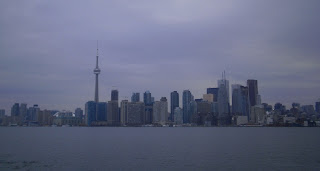 The Oilholic arrived in Toronto, ON for the briefest of visits to find the energy community here in bullish mood about the Keystone XL pipeline project getting a nod of approval from the Obama administration this summer.

Out of a snap, unscientific, random poll of seven energy analysts in downtown Toronto, none of the commentators thought the project’s second application for approval would be turned down this summer by the US Government. Only one analyst thought the second application would face severe delays yet again. On the subject of what next if the unthinkable happens and the US yet again denies approval, most thought Canada can find plenty of takers for Alberta’s most precious resource.

Simply put, if the US does not want oil derived from a bituminous source, there are many takers – as is evident from the interest in the oil sands from burgeoning Asian importers. Make no mistake, the oil sands would be developed, most said. Additionally, there were some predictable quips as well from our friends in Toronto along the lines of “Obama doesn’t have a re-election to fight, so he’ll approve”, “who would the US deal with Canadians or Venezuelans?” or “it could be a shot in the arm for US refinery upgrade projects”.

All of these quips ring true in parts. Furthermore, a recent poll, conducted across the border by the non-partisan Pew Research Center, suggests two-thirds of Americans (66%) favour building the pipeline, which would transport oil from Alberta via the Midwest to Texan refineries. For purposes of its research, Pew polled 1501 adult US citizens between March 13 and 17. The survey result is a pretty convincing one, polled by a very respectable source.

Away from Pew’s findings was a totally unrelated editorial calling for the project’s approval in none other than the Chicago Tribune. The Oilholic is not from Illinois but is quietly confident that President Obama, who was once a senator from the state, does read his local broadsheet. On March 29, printed on page 22, he would have found the lead editorial declaring: “Enough dawdling. Obama should approve the Keystone pipeline.”

Further down the editorial, the paper wrote: “The President is expected to make a decision by this summer. He rejected a Keystone plan a year ago, in the midst of his re-election campaign. This was applauded by some environmental groups and angered the Canadian government. But the most significant impact was this: It kept Americans from getting good-paying jobs.”

Powerful stuff one would say! Canada, you have the support of the President’s (once) local newspaper! Furthermore, most Chicago-based analysts the Oilholic spoke to last week seemed to be clamouring for an approval. Phil Flynn, senior analyst at Price Future Group, said it had been a sad political story symptomatic of dysfunctional US politics and government.

“Here we have a bizarre situation that a pipeline is geopolitically right, but politically...a mess! Democrats had a pop at President George W. Bush tying him with “big oil”; Obama is getting the other end of the stick with people labelling him “big green.” Had he approved the Keystone XL project before it had become a “major issue” in this social media age – well it would not have become an issue at all; just one of the many North American pipelines plain and simple!”

“I see it as a classic case of a bungled energy policy. The Obama administration grossly underestimated the both the importance of Canadian oil sands and American shale and worse still that we could be energy independent. This side of the border, the shale gas revolution happened not because of Washington, but rather despite of Washington,” he said.

Most in the trading community this blogger met in Toronto and Chicago feel an important reason why Keystone XL is going to be approved this time around is because the US labour unions want it badly. Now, hardly any Democrat would flag this up as a reason for approving the project in the summer. Saddest part of it all – for both Canada and the US – is that the Keystone XL project is such a small part of the ongoing energy story of both countries.

Flynn reckons it is all about finding a way to approve it and save face in the summer! “Canadian crude from the oil sands is coming to the market anyway. So the Democrats on Capitol Hill will say America may as well go for it anyway! Mark my word, that’ll be the argument used to peddle the approval,” he concluded.

“The company has taken timely advantage of opportunities that have developed in the North American liquids market over the last few years as a result of regulatory delays in getting new pipelines approved and a persistent liquids pricing differential attributed to tight takeaway capacity, bottlenecks and an inability for shippers to access tidewater and global markets,” the agency said.

According to Moody’s, Enbridge's announced projects are lower risk because they are generally on existing rights of way as either expansions or reversals. “Once this large programme is completed, Enbridge's business risk should be lower due to even greater liquids network diversity,” it added.

Just one more footnote before a farewell to Toronto, the local networks and newspapers are awash with news that Canada's Information Commission is poised investigate claims the Federal government is "muzzling" its scientists.

According to The Globe and Mail, the Commission is investigating seven government departments. These include Environment, Fisheries and Oceans, Natural Resources, National Defence, the Treasury Board Secretariat, National Research Council of Canada and the Canadian Food Inspection Agency.

A spokesperson said the investigation is in response to a complaint filed by the University of Victoria, BC and the campaign group Democracy Watch. Assistant Information Commissioner Emily McCarthy’s office would be leading the probe. Intriguing story indeed and one to watch out for!

It is almost time to head back home, but before heading up in the air towards London Heathrow, the Oilholic leaves you with a view of a natural wonder which helps Ontario Power and Power Authority of New York harness copious amounts of hydroelectricity – the Niagara Falls.

With even Americans saying the view is better from the Canadian side, the Oilholic simply had to pop over and admire it. So it turned out to be quite a view. Photographed here is the Horseshoe Falls – on the side yours truly has snapped from is Canada and on the other is the USA. Sandwiched between is the Niagara River which drains Lake Erie in to Lake Ontario.

The first known effort to harness these waters for power generation was made by one Daniel Joncaire who built a small canal above the falls to power his sawmill in 1759, according to a local park official. Today, if the US (Robert Moses Niagara Power Plant and the Lewiston Pump Generating Plant) and Canadian (Sir Adam Beck I and II) power generation facilities are pooled, the total power production would be 4.4 gigawatts! That’s all from Toronto folks! Keep reading, keep it ‘crude’!