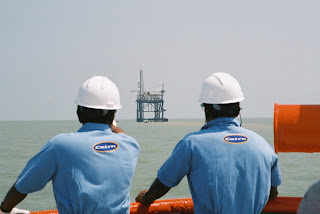 Oh boy, what one round of positive data, especially from China, does to the oil market! The Brent forward month futures contract for March is within touching distance of a US$120 per barrel price and the bulls are out in force. Last Friday’s intraday price of US$119.17 was a nine-month high; a Brent price level last seen in May 2012. The cause – and you have heard this combination before – was healthy economic data from China, coupled with Syrian turmoil and an Iranian nuclear stalemate.
The Oilholic has said so before, and will say it again – the last two factors touted by market commentators have been broadly neutral in terms of their impact for the last six months. It is the relatively good macroeconomic news from China which is principally behind the rally that nearly saw the Brent price breach the US$120 level.
The bull-chatter is already in full force. In a note to clients, Goldman Sachs advised them last week to maintain a net long position in the S&P GSCI Brent Crude Total Return Index. The investment bank believes this rally is "less driven by supply shocks and instead by improving demand."
"Global oil demand has surprised to the upside in recent months, consistent with the pick-up in economic activity," the bank adds in an investment note. Really? This soon – on one set of data? One thing is for sure, with many Asian markets shut for the Chinese New Year, at least trading volumes will be lighter this week.
Nonetheless, the ‘nine-month high’ also crept into the headline inflation debate in the UK where the CPI rate has been flat at 2.7% since October, but commentators reckon the oil spike may nudge it higher. Additionally, the Brent-WTI spread is seen widening yet again towards the US$25 per barrel mark. On a related note, Enterprise Product Partners said that capacity on its Seaway pipeline to the US Gulf of Mexico coast from Cushing, Oklahoma will remain limited until much later this year.
Moving away from pricing, news arrived end-January that the inimitable Aubrey McClendon will soon vacate the office of the CEO of Chesapeake Energy. It followed intense scrutiny over the last nine months about revelations, which surfaced in May, regarding his borrowings to finance personal stakes in company wells. 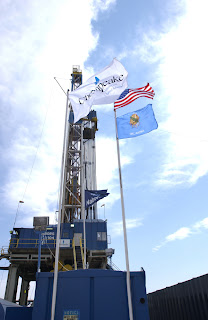 As McClendon announced his departure on January 29, the company’s board reiterated that it had found no evidence to date of improper conduct by the CEO. McClendon will continue in his post until a successor is found which should be before April 1st – the day he is set to retire. The announcement marks a sad and unspectacular exit for the great pioneer who co-founded and led Chesapeake Energy from its 1989 inception in Oklahoma City and has been a colourful character in the oil and gas business ever since.
Whatever the circumstances of his exit may be, let us not forget that before the so called ‘shale gale’ was blowing, it was McClendon and his ilk who first put their faith in horizontal drilling and hydraulic fracturing. The rest, and US’ near self-sufficiency in gas supplies, is history.

Meanwhile, BP has been in the crude news for a number of reasons. First off, an additional US$34 billion in claims filed against BP by four US states earlier this month have provided yet another hurdle for the oil giant to overcome as it continues to address the aftermath of the 2010 Gulf of Mexico oil spill.
However, Fitch Ratings not believe that the new round of claims is a game changer. In fact the agency does not think that any final settlement is likely to be enough to interfere with BP's positive medium term credit trajectory. The latest claims come on top of the US$58 billion maximum liability calculated by Fitch. If realised, the cost of the spill could rise up to as much as US$92 billion.
The agency said the new claims should be put in the context of an asset sale programme that has raised US$38 billion. “This excludes an additional US$12 billion in cash to come from the sale of TNK-BP this year – upside in our analysis because we gave BP no benefit for the TNK-BP stake. BP had US$19 billion of cash on its balance sheet at 31 December 2012. That is after it has already paid US$38 billion in settlements or into escrow,” it added.
Away from the spill, the company announced that it had started production from new facilities at its Valhall field in the Norwegian sector of the North Sea on January 26 with an aim of producing up to 65,000 barrels of oil equivalent per day in the second half of 2013. Valhall's previous output averaged about 42,000 barrels per day (bpd), feeding crude into the Ekofisk oil stream.
Earlier this month, BP also said that both consortiums vying to link Azerbaijan's Shah Deniz gas field in the Caspian Sea, into Western European markets have an equal chance of success. BP operates the field which was developed in a consortium partnership with Statoil, Total, Azerbaijan’s Socar, LukAgip (an Eni, LUKoil joint venture) and others.
A decision, whether to pipe gas from the field into Austria via the proposed Nabucco (West) pipeline or into Italy through the rival Trans Adriatic Pipeline (TAP) project, is expected to be made by mid-2013. Speaking in Vienna, Al Cook, head of BP's Azeri operations, said, “I genuinely believe both pipelines at the moment have an equal chance. There's certainly no clear-cut answer at the moment.”
BP is aiming for the first gas from Shah Deniz II to be delivered to existing customer Turkey in 2018. Early 2019 is the more likely date for the first Azeri gas to reach Western Europe via this major development often touted as one which would reduce European dependence on Russia for its energy supplies.
The Shah Deniz consortium owns equity options in both the pipeline projects and Cook did not rule out that both Nabucco (West) and TAP could be built in the long term. Specifically, BP's own equity options, which are part of the Shah Deniz stakes, are pegged at 20% in TAP and 14% in Nabucco. Cook said BP was not “actively seeking” to increase its stake in either project – a wise choice indeed.
On February 4, BP said its Q4 2012 net profit, adjusted for non-operating items, currency and accounting effects, fell to US$3.98 billion from US$4.98 billion recorded over the corresponding quarter last year. Moving away from BP, Royal Dutch Shell posted a 6% dip in 2012 profits to US$27 billion on the back of weak oil and gas prices and lower exploration and production (E&P) margins.
The Anglo-Dutch oil major reported Q4 earnings of US$7.3 billion, a rise of 13%. However, on an adjusted current cost of supply basis and one-off asset sales, the profit came in at US$5.58 billion. In particular, Shell’s E&P business saw profits dip 14% to US$4.4 billion, notwithstanding an actual 3% increase in oil and gas production levels. However, the company did record stronger refining margins.
Ironically, while acknowledging stronger refining margins, Shell confirmed its decision to close most of its Harburg refinery units in Hamburg, Germany. The permanent shutdown of much of its 100,000 bpd refinery is expected next month in line with completing a deal made with Swedish refiner Nynas in 2011.
Finally, in a typical Italian muddle, several oil executives in the country are under investigation following a probe into alleged bribery offences related to the awarding of oil services contracts to Saipem in Algeria. Eni has a 43% stake in Saipem which is Europe’s biggest oil services provider. While the company itself denied wrongdoing, the probe was widened last Friday to include Eni CEO Paolo Scaroni.
The CEO’s home and office were searched as part of the probe. However, Eni is standing by their man and said it will cooperate fully with the prosecutor’s office in Milan. So far, Pietro Franco Tali (the CEO of Saipem) and Eni’s Chief Financial Officer Alessandro Bernini (who was Saipem’s CFO until 2008) have been the most high profile executives to step down in wake of the probe. Watch this crude space! That’s all for the moment folks! Keep reading, keep it ‘crude’!
To follow The Oilholic on Twitter click here.
© Gaurav Sharma 2013. Photo 1: Asian oil rig © Cairn Energy. Photo 2: Gas extraction site © Chesapeake Energy.
Posted by Gaurav Sharma at 2/12/2013 11:05:00 pm