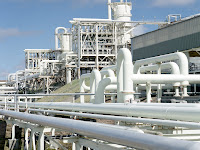 Crude oil futures rose over 3% on average in week over week terms and for a change that is not chiefly down to a stand-alone argument that black gold is higher because the commodity is cheaper in U.S. Dollar terms.
To be fair, the 5-day cycle I examine began with the usual market conjecture over the position of the dollar. However, survey evidence indicates that manufacturing activity is picking-up. This morning, the Philadelphia Federal Reserve said its index of manufacturing activity rose to 17.6 in February from 15.2 in January; a sixth consecutive monthly rise. Across the pond, UK’s Society of Motor Manufacturers and Traders (SMMT) reported its biggest monthly increase in auto production in year over year terms since May 1976. It said 101,190 cars were produced in January, up from 85,316 in December.
Trawling back the economic calendar, manufacturing purchasing managers’ indices (PMI) on either side of the pond are positive, especially the Eurozone PMI released on February 1st. It came in at 52.4 for January, versus 51.6 at the end of 2009; the highest level in two years. Admittedly, difference between the zone’s healthiest and weakest economies is widening, but overall picture is improving. Furthermore, Indian and Chinese economic activity remains buoyant. Yet, market commentators correctly opine that global economy is not quite out of the woods yet. From a British standpoint, Kate Barker, a member of the Bank of England’s rate setting monetary policy committee, summed up the City of London’s fears best in an interview with the Belfast Newsletter.
“Do I think that it’s possible we (in the UK) will have another quarter of negative production at some point? I do think it’s possible and I think the recovery will be quite hesitant but I wouldn’t necessarily describe that as a double dip,” Baker said.
That argument could be used for a number of OECD economies which have emerged from the recession over the last two quarters. Not to mention that Spain is yet to come out of a recession. David Moore, Chief Commodities Strategist at Commonwealth Bank of Australia, sees a gradual rebound in economic activity as the recovery takes hold which would then reflect in crude oil consumption patterns supporting crude prices to the upside.
Energy markets have always had to contend with volatility and that will not change. As Greece’s debt weighs on the Euro, the Dollar is seen strengthening which would in turn have a bearing upon crude prices. Moore opines that had the Dollar not strengthened against the Euro, crude oil price seen this week would have been even higher than current levels.
U.S. Energy Information Administration (EIA) and American Petroleum Institute (API) data did not really temper this morning’s climb. A few hours ago, the EIA said U.S. crude inventories rose by 3.1 million barrels over the week ending February 12, while the API said late on Wednesday that crude supplies declined by 63,000 barrels last week. However, it also reported that gasoline stocks rose by 1.4 million barrels over the corresponding period.
Following the EIA data, NYMEX crude contract for March settlement stood at $78.15 up 84 cents or 1.09% at 17:00 GMT, trading in the circa of 76.32 to 78.71. Across the pond, London Brent Crude’s April settlement contract stood at $76.03 up 66 cents or 0.87% trading in the circa of $75.27 to $77.65. The Dollar’s strength remains a factor, but there are others to consider too.