Are you serious Mr President?

Ah, the joys of the oil market! Yet another day of volatility is all but guaranteed. Nearly a fortnight into February, it’s increasingly looking like how it was in January, and how it’s likely to be in March - an uptick of 2-6% followed by a slump of 2-6% in headline oil futures prices on repeat mode.

In the meantime, we have descended into the realm of the ridiculous. If you believe market chatter – it goes something like the Russians will cut oil production, only if the Saudis agree. They’ll cut only if the Iranians agree, who say it’s the Saudis and their allies who should make room for additional Iranian production.

It is manifestly apparent, that should there be a coordinated OPEC and non-OPEC oil production cut excluding Canada and the US, the only producers to benefit would be the ones in North America. Such a cut would at most provide a short-term bounce of $7-10 per barrel, enabling shale producers, who were coping and managing just fine at $35 per barrel, to come back into the game and hedge better for another 12-18 months, as one wrote on Forbes.

The Oilholic suspects both Russian and Saudi policymakers know that already. Which is why, it is a borderline ridiculous idea for parties who know very well that the market will take its own course, and any attempts to manipulate it artificially could have the very opposite effect some in OPEC such as Nigeria and Venezuela are hoping for. 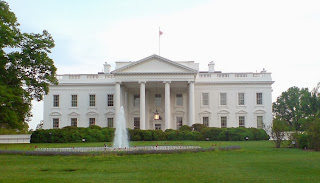 Meanwhile, each US oil inventory update makes Brent and WTI dance. With the latter currently below $30 barrel, US President Barack Obama has come up with his own sublime contribution to a ridiculous market.

News emerged earlier this week that Obama has proposed a $10.25 per barrel levy on oil extracted in the US! According to Treasury projections, the levy, which would be applied to both imported and domestically-produced oil but won’t be collected on US oil shipped overseas, would raise  $319 billion over 10 years.

The plan would temporarily exempt home-heating oil from the tax. According to Obama, it "creates a clear incentive for private sector innovation to reduce America's reliance on oil and invest in clean energy technologies that will power our future."

The levy would be collected from oil companies to boost spending on transportation infrastructure, including mass transit and high-speed rail, and autonomous vehicles. However, noble the intention might be, its timing, execution and rate cap are completely barmy. In fact so barmy, the President knows there is no chance a Republican-controlled Congress would pass it.

Without going into a costing analysis, oil companies would (a) be hit hard, and (b) almost certainly attempt to pass it over to consumers. Domino effect in terms of jobs and consumer spending adds another layer, making it extremely unpopular. So only a President who has no more elections to fight can come up with such a policy at such a time for the industry! That’s all for the moment folks! Keep reading, keep it ‘crude’!