The enduring legend of El Dorado

Having spent much of one’s career dabbling in the commodities sphere in general and the crude oil market in particular, the Oilholic, while not claiming to have any doctorate in gold matters, is nonetheless fascinated by the unique appeal of the shiny yellow metal passed down the ages, stretching from ancient to the modern world.

Gold, one humbly suggests is the ultimate fool’s commodity. Excepting industrial use, it is bought and sold for one purpose alone – selling for more than the purchase price coupled with a lust in many, perhaps all, cultures for wanting more of the stuff. This lust triggered the desire to colonise others and several gold rushes in the history of mankind. While California’s Gold Rush of the late 1840s is the stuff of legends, human history is littered with other gold rushes. 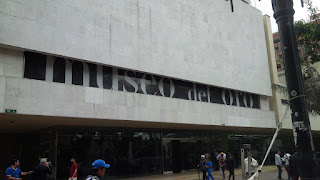 However one enduring legend, born here in Colombia, transcends all others and epitomises this lust – that’s the myth (or is it) of El Dorado. The Oilholic, out of morbid curiosity and certainly not wanting to miss out on Bogota’s splendid Museo del Oro, decided to dedicate his entire last day in South America towards probing the local legend that’s all too international. Scholars in the Colombian capital say that while toughing it out with the Incas in the 1530s, the Spanish Empire and its conquistadors started hearing tales about a tribe of natives high in the Andes Mountains where gold was much in abundance.

When the tales reached Spanish royalty, conquistador Gonzalo Jiménez de Quesada was dispatched to lead an expeditionary force into the Colombian highlands. Upon gaining their first territorial victory in 1537, among the first pieces of local intelligence to reach the ears of Jimenez de Quesada’s soldiers was an ever more detailed narrative about that "Land of Gold." 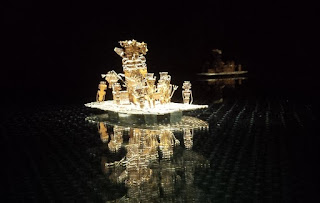 Conquered Musica Indians told the Spanish that on the shores of Laguna de Guatavita or Lake Guatavita (35 miles northwest of modern Bogota) once lived a chieftain who periodically covered himself in gold dust during religious ceremonies and festivities, and then dived from a raft into the lake shedding the riches, as depicted here in an ancient artwork on display at the Museo del Oro (see left). On each occasion, natives then threw gold, emeralds and precious jewels into the lake to appease a mythical god that lived underwater.

Jiménez de Quesada’s men were told the ceremonies ended by turn of the 15th century, when the chieftain was killed and his subjects conquered by another Musica tribe some 50 years before their arrival. Part convinced by the tale, seeing locals displaying a liking for gold trinkets, and the promise of untold riches, the Spanish named the late Musica chieftain “El Dorado” or “The Golden One” and set about finding the lake.

With their conquest of the Colombian highlands complete, the Spanish finally located Lake Guatavita having dedicated lives, limbs and their local loot to the cause. The Spanish Crown ordered the lake to be drained by “all resourceful means”. Given the year was 1545, with all the resources of the time, Jiménez de Quesada’s men could only lower the water level to dabble at the edges of the lake.

A few hundred pieces of gold were indeed found, but Colombian and Spanish historical archives suggest there was no mass discovery. Furthermore, even if all of the gold was in deeper waters of Lake Guatavita – it was beyond human reach at the time. After the death of Jiménez de Quesada in 1579, businessman Antonio de Sepúlveda took on the mantle of draining Lake Guatavita.

In their previous attempt, Spanish soldiers could only muster three metres worth of drainage, but de Sepúlveda’s men managed 20 metres. At a great cost and further loss of lives, they found more gold but nothing on the scale the Spanish crown was hoping.

Meanwhile, the legend of El Dorado and riches of the “new world” reached other European colonial powers. The English, Dutch and Portuguese all vowed to beat the Spanish to it. Better still all three, and even the Spanish at a later stage, concurred from the lack of success at Lake Guatavita that the promised gold paradise must be “somewhere else in Northern half of South America”, as it was the part of the continent they had encountered natives with a penchant for gold, and a breathtaking array of ornaments.

The legend of El Dorado got the era’s poster child in the form of adventurer Sir Walter Raleigh; trusted lieutenant of Queen Elizabeth I of England and purveyor of tobacco, another commodity unknown to his homeland before he introduced it from one of his many travels.

Like his colonial peers, Sir Walter failed in his attempts to find the Land of Gold (that he often confusingly labelled "City of Gold") first in 1595 and then 1617, which in his opinion was somewhere in modern Guiana. Instead, he lost both his son (Watt Rayleigh in battle) and his head, having miffed King James I for starting a skirmish with the Spanish against the English monarch’s wishes.

Yet Sir Walter’s conjecture about the existence of the Land of Gold in a widely circulated book, described as, and subsequently proven to be inflated nonsense, only fuelled the legend further. And so went the idiocy associated with it driven by lust. Countless more lives, limbs and ironically gold from colonial powers' treasuries were lost across South and Central America in the quest for El Dorado for another 300 years! Published in 1849, Edgar Allan Poe’s poem – Eldorado – just about summed it up:


“Gaily bedight, a gallant knight, in sunshine and in shadow,
Had journeyed long, singing a song, in search of Eldorado.

But he grew old, this knight so bold, and o'er his heart a shadow,
Fell as he found, no spot of ground, that looked like Eldorado.

And as his strength, failed him at length, he met a pilgrim shadow
"Shadow," said he, "Where can it be - this land of Eldorado?"

"Over the Mountains of the Moon, down the Valley of the Shadow,
Ride, boldly ride, the shade replied – "If you seek for Eldorado!"

The last such recorded attempt, a source of much disdain in Bogota, was in 1898 when British expatriate Hartley Knowles’ company – Contractors Ltd – drained the Lake Guatavita so low that only mud and slime was left rendering it impossible to explore when sludgy. Subsequently, the mud baked in Colombian sunshine all that was left was nature’s version of concrete. 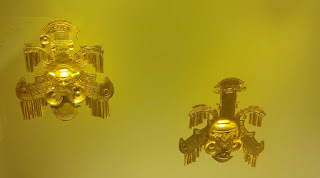 Having wasted millions and destroyed the area, all the nutcases could find were a few trinkets that fetched £500 at a Sotheby’s auction back then, and can be seen today at the British Museum! A much more impressive collection, should gold be your thing, can be found at the Museo del Oro (see examples on the right).

Thankfully, Lake Guatavita was declared a protected area in 1965. Nature and rainfall restored some of its lost beauty in subsequent decades, after years of greed and pillaging ruined it. Private salvage, let alone draining the Lake, are now illegal and punishable by a custodial sentence, one is informed.

And well, no gold discovery on the scale of 15th Century projections put forward by Sir Walter and others was ever made. Yet the El Dorado legend and mankind’s attraction for the shiny yellow metal remains undiminished. Each time another asset class feels the squeeze or a currency gets shorted, headlines about “investors plying into gold” emerge with every price decline or uptick duly reported. 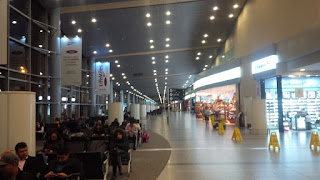 From Hollywood blockbusters to the Indian Wedding Season, star-crossed lovers’ offerings to central bank vault deposits, gold and its lure is all around us. Mankind it seems has never stopped looking for El Dorado in some way, shape or form!

On that note, the Oilholic must board flight AA1122 from his El Dorado; Bogota’s international airport in the small hours of the morning. That’s all from South America folks. It’s been a fascinating few weeks in this vibrant continent. Next stop Dallas, and then on to London Heathrow. Adiós América del Sur; adios Colombia! Keep reading, keep it ‘crude’!