The Kurdish question & a ‘Dudley’ sin? 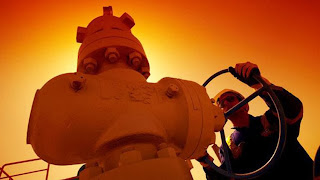 The autonomous region of Kurdistan within Iraq's borders is drawing 'crude' headlines yet again. It's that old row about who controls what and gives rights for E&P activity in the region – the Federal administration in Baghdad or the provincial administration in Erbil?
The historical context is provided by Gulf War I, when allied forces imposed a no-fly zone, and the Kurds subsequently pushed Saddam Hussein's forces back outside the provincial border. That was 1991, this is 2013 – a lot has changed for Iraq, but one thing hasn't – Iraqi Kurdistan is as autonomous today, as it was back then.
In fact, it is more prosperous and an oasis of calm compared to the rest of the Federal state. One simple measure is that the rest of Iraq ravaged by sectarian conflict and Gulf War II still only provides its citizens with about an average of 6 to 7 hours of electricity per day. The average resident of Erbil gets 22 hours and sees infrastructural spending all around, driven by targeted revenue from oil and gas licensing and exports.

Since 2006, the Kurdistan Regional Government (KRG) has been granting rights for exploration within its borders to firms from Norway to the US, with much gusto and on better terms, many say, than the Federal administration in Baghdad. The Iraqi government in turn says KRG has no right to do so.
Mutual consternation came to a head in January when BP and Baghdad reached an agreement to revitalise the northern Kirkuk oilfield. Since jurisdictional mandate over the oilfield and the city is hotly contested by both sides, KRG declared the deal to be illegal on grounds that it was not consulted.
Firing a return salvo, Iraqi Oil Minister Abdul Kareem al-Luaibi called the production and export of oil from Kurdistan to be an act of "smuggling" and threatened to cut the region's [17%] spending allocation from the federal budget as well as take legal action against Western firms digging up Kurdistan, beginning with London-listed Genel Energy (the first such firm to export from the region).

Neither Genel Energy nor the administration paid heed to that threat. Baghdad and BP did likewise with KRG's moans over Kirkuk. Then the US State Department issued an advisory to all American oil firms operating in Kurdistan that they could be liable for legal damages from Baghdad. Doubtless, the rather handsomely rewarded legal eagles at their end advised them not to worry too much.

An "as-you-were" lull lasted for roughly 10 months, when last week in an extraordinary development, Bob Dudley, CEO of BP, joined al-Luaibi and officials from the Iraqi state-run North Oil Company to pay a controversial visit to the Kirkuk oilfield in a show of support. Why Dudley took the decision to go himself instead of sending a deputy is puzzling and paradoxically a bit obvious as well.
In making an appearance himself, Dudley wanted to show how important the Kirkuk deal is. Yet a deputy of his would have drawn a similar two-fingered gesture from KRG, as his visit did. Playing it cool, a source at BP said its only intention is to revive production at Kirkuk, an oilfield which at the turn of millennium saw an output of 900,000 barrels per day (bpd), but can barely manage less than a third of it today.
BP has the technical know-how to improve the field's output, but how it will extricate itself from the quagmire of the area's politics is anybody's guess. An Abu Dhabi based source says both sides are entrenched at Kirkuk. BP will have access to the Federally-administered side of the Kirkuk field, namely the Baba and Avana geological formations. But one formation – Khurmala – is inside the Kurdish provincial borders and being is developed by the KAR group.
Furthermore, there is another twist in the linear fight between Baghdad and Erbil – Kirkuk's governor Najimeldin Kareem, a man of Kurdish origin, has backed the Federal deal with BP. Dudley left the oilfield without saying anything concrete on record, leaving it to the Iraqis to do most of the talking.
The Iraqi Oil Ministry chose to describe Kareem's backing "as securing the complete support from the local government of Kirkuk" in order to commence developing Kirkuk. Hmm…but whose Kirkuk is it anyway? The primary beneficiary of Kurdish oil exports is Turkey; the closest market where the aforementioned Genel Energy delivers most of its output to.
Where the tussle will lead to is unpredictable – but it hasn't deterred either BP from signing up a deal with Baghdad or the likes of ExxonMobil, Chevron and Total with Erbil. This brings us back to why Dudley went himself – well, when his peers such as Rex Tillerson, ExxonMobil's boss, have showed-up in Erbil, there was perhaps little choice left. If the regional politics goes out of control, the bosses of oil firms would have only themselves to blame for getting so close to the Iraqi wrangles most say they are least interested in.
At the centre of it all is the thirst for black gold. KRG is providing generous production sharing and contract conditions within its autonomous borders, while Baghdad has quite possibly given equally generous terms to BP for Kirkuk. The oil major has already announced a US$100 million investment in the oilfield.
Giving KRG the last word in the verbal melee – in September 2012, even before the recent salvos had been fired in earnest and the CEOs had come calling, Ashti Hawrami, Minister for Natural Resources of KRG, said something rather blunt on BBC’s Hard Talk programme which explains it all: "To put it politely, if I have million barrels of oil to produce in two years time, the market needs it, Iraq needs it and at the end of the day we are going to win that battle."
There are 50 plus firms already helping him achieve that objective. With geological surveys projecting that Kurdistan potentially has 45 billion barrels of the crude stuff, many of these firms are working with the KRG contrary to advice given by their own governments.
And as if to rub it in further into his Federal counterpart, Hawrami quipped, "Kurdistan's investment and spending plans are more structured…Why is Baghdad buying F-16s when Iraqis have little more than 4 hours of electricity per day on average [much worse than the inhabitants of Iraqi Kurdistan]." OUCH!
Moving away from Iraqi politics, Brent's $106 per barrel floor has not only been breached, but was smashed big time last week. As noted, hedge funds are indeed feeling the pinch, for instance high-flier Andy Hall's $4 billion baby – Astenbeck Capital Management.
According to Reuters, Astenbeck is down 5% as of Oct-end, largely due to the slump in Brent prices. Even though Hall's team have diversified into palladium, platinum and soft commodities, it'd be remarkable if the fund is able to avoid its first annual loss in six years. However, one shouldn't be too hard on Astenbeck as the average energy fund on Chicago's Hedge Fund Research Index, is down 4.45%. That's all for the moment folks! Keep reading, keep it 'crude'!
To follow The Oilholic on Twitter click here.
To email: gaurav.sharma@oilholicssynonymous.com
© Gaurav Sharma 2013. Photo: Exploration site in Kurdistan © Genel Energy plc
Posted by Gaurav Sharma at 11/10/2013 10:46:00 pm