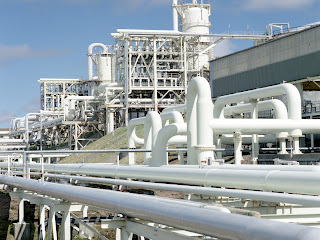 The terrorist strike on Algeria’s In Amenas gas field last week and the bloodbath that followed as the country’s forces attempted to retake the facility has dominated the news headlines. The siege ended on Saturday with at least 40 hostages and 32 terrorists dead, according to newswires. The number is likely to alter as further details emerge. The hostage takers also mined the whole facility and a clear-up is presently underway. The field is operated as a joint venture between Algeria's Sonatrach, Statoil and BP. While an estimated 50,000 barrels per day (bpd) of condensate was lost as production stopped, the damage to Algeria’s oil & gas industry could be a lot worse as foreign oil workers were deliberately targeted.
In its assessment of the impact of the terror strike, the IEA said the kidnapping and murder of foreign oil workers at the gas field had cast a ‘dark cloud’ over the outlook for the country's energy sector. The agency said that 'political risk writ large' dominates much of the energy market, 'and not just in Syria, Iran, Iraq, Libya or Venezuela' with Algeria returning to their ranks. Some say it never left in the first place.
Reflecting this sentiment, BP said hundred of overseas workers from IOCs had left Algeria and many more were likely to join them. Three of the company’s own workers at the In Amenas facility are unaccounted for.
Continuing with the MENA region, news emerged that Saudi Arabia’s output fell 290,000 bpd in December to 9.36 million bpd. Subsequently, OPEC’s output in December also fell to its lowest level in a year at 30.65 million bpd. This coupled, with projections of rising Chinese demand, prompted the IEA to raise its global oil demand forecast for 2013 describing it as a 'sobering, 'morning after' view.'
The forecast is now 240,000 bpd more than the IEA estimate published in December, up to 90.8 million bpd; up 1% over 2012. "All of a sudden, the market looks tighter than we thought…OECD inventories are getting tighter - a clean break from the protracted and often counter-seasonal builds that had been a hallmark of 2012," IEA said.
However, the agency stressed there was no need for rushed interpretations. "The dip in Saudi supply, for one, seems less driven by price considerations than by the weather. A dip in air conditioning demand - as well as reduced demand from refineries undergoing seasonal maintenance - likely goes a long way towards explaining reduced output. Nothing for the global market to worry about," the IEA said.
"The bull market of 2003‐2008 was all about demand growth and perceived supply constraints. The bear market that followed was all about financial meltdown. Today's market, as the latest data underscore, has a lot to do with political risk writ large. Furthermore, changes in tax and trade policies, in China and in Russia, can, at the stroke of a pen, shakeup crude and products markets and redraw the oil trade map," the agency concluded.
Simply put, it’s too early for speculators to get excited about a possible bull rally in the first quarter of 2013, something which yours truly doubts as well. However, across the pond, the WTI forward month futures contract cut its Brent discount to less than US$15 at one point last week, the lowest since July. As the glut at Cushing, Oklahoma subsides following the capacity expansion of the Seaway pipeline, the WTI-Brent discount would be an interesting sideshow this year.
The IEA added that non-OPEC production was projected to rise by 980,000 bpd to 54.3 million bpd, the highest growth rate since 2010. Concurrently, BP said that US shale oil production is expected to grow around 5 million bpd by 2030. This, according to the oil major, is likely to be offset by reductions in supply from OPEC, which has been pumping at historical highs led by the Saudis in recent years.
BP's chief economist Christof Ruehl said, "This will generate spare capacity of around 6 million bpd, and there's a fault line if there is higher shale production then the consequences would be even stronger." But the shale revolution will remain largely a "North American phenomenon," he added.
"No other country outside the US and Canada has yet succeeded in combining these factors to support production growth. While we expect other regions will adapt over time to develop their resources, by 2030 we expect North America still to dominate production of these resources," Ruehl said.
Along the same theme, CNN reported that California is sitting on a massive amount of shale oil and could become the next oil boom state. That’s only if the industry can get the stuff out of the ground without upsetting the state's powerful environmental lobby. Yeah, good luck with that!

Returning to Saudi Arabia, Fitch Ratings said earlier this month that an expansionary 2013 budget based on a conservative oil price will support another year of healthy economic growth for the country and a further strengthening of the sovereign's net creditor position. However, overall growth will slow “due to a decline in oil production that was already evident in recent months.”
In the full year to December-end 2013, the Saudi budget, unveiled on December 29, projected record spending of US$219 billion (34% of GDP), up by almost 20% on the 2012 budget. Budgeted capital spending is 28% higher than in 2012, though the government has struggled to achieve its capital spending targets in recent years.
While an 18% rise in Saudi revenues is projected in the budget, they are based on unstated oil price and production assumptions, with the former well below prevailing market prices. Fitch anticipates Saudi production and prices will be lower in 2013 than 2012.

"With no new revenue-raising measures announced and little scope for higher oil revenues, the revenue projection appears less cautious than usual. However, actual revenues generally substantially exceed budget revenues (by an average of 82% over the past five years) and should do so again in 2013," the agency said.
Meanwhile, political uncertainty continues in Venezuela with no clarity about the health of President Hugo Chavez. It has done Petróleos de Venezuela's (PDVSA), the country’s national oil company, no favours. On January 16, ratings agency Moody’s changed PDVSA's rating outlook to negative.

It followed the change in outlook for the Venezuelan government's local and foreign currency bond ratings to negative. "The sovereign rating action reflects increasing uncertainty over President Chavez's political succession, and the impact of a possibly tumultuous transition on civil order, the economy, and an already deteriorating government fiscal position," Moody’s said.
On PDVSA, the agency added that as a government-related issuer, the company's ratings reflect a high level of imputed government support and default correlation between the two entities. Hence, a downgrade of the government's local and foreign currency ratings would be likely to result in a downgrade of PDVSA's ratings as well.
Away from a Venezuela, two developments in the North Sea – a positive and a negative apiece – are worth taking about. Starting with the positive news first, global advisory firm Deloitte found that 65 exploration and appraisal wells were drilled on the UK Continental Shelf (UKCS), compared with 49 in 2011.
The activity, according to Deloitte, was boosted by a broader range of tax allowances and a sustained high oil price. The news came as Dana Petroleum said production had commenced at the Cormorant East field which would produce about 5,500 bpd initially. Production will be processed at the Taqa-operated North Cormorant platform, before being sent to BP's Sullom Voe terminal (pictured above) for sale.
Taqa, an Abu Dhabi government-owned energy company, has a majority 60% stake in the field. Alongside Dana Petroleum (20%), its other partners include Antrim Resources (8.4%), First Oil Expro (7.6%) and Granby Enterprises (4%).
While Taqa was still absorbing the positives, its Cormorant Alpha platform, about 160 km from the Shetland Islands, reported a leak leading to a production shut-down at 20 other interconnected North Sea oilfields.
Cormorant Alpha platform handles an output of about 90,000 bpd of crude which is transported through the Brent pipeline to Sullom Voe for dispatch. Of this only 10,000 bpd is its own output. Thankfully there was no loss of life and Taqa said the minor leak had been contained. It is currently in the process of restoring 80,000 bpd worth of crude back to the Brent pipeline system along with sorting its own output.
Finally, as the Oilholic blogged back in October on a visit to Hawaii, Tesoro is to close its Kapolei, O'ahu refinery in the island state in April as a buyer has failed to turn-up (so far). In the interim, it will be converting the facility to a distribution and storage terminal in the hope that a buyer turn up. The Oilholic hopes so too, but in this climate it will prove tricky. Tesoro will continue to fulfil existing supply commitments.
That’s all for the moment folks except to inform you that after resisting it for years, yours truly has finally succumbed and opened a Twitter account! Keep reading, keep it ‘crude’!
To follow The Oilholic on Twitter click here.
© Gaurav Sharma 2013. Photo: Sullom Voe Terminal, BP © BP Plc.
Posted by Gaurav Sharma at 1/20/2013 09:00:00 pm