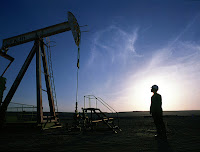 In the middle of a Eurozone crisis rapidly evolving into a farcical stalemate over Greece’s prospects, on May 13 Saudi Arabia’s oil minister Ali al-Naimi told a Reuters journalist at an event in Adelaide that he sees US$100 per barrel as a “great price” for crude oil. In wake of the comment, widely reported around the world, barely six days later came confirmation that Saudi production had risen from 9.853 million barrels  per day (bpd) in February to 9.923 bpd in March with the kingdom overtaking Russia as the world's largest oil producer for the first time in six years.

Market sources suggest the Saudis have pumped around 10 million bpd for better parts of the year and claim to have 2.5 million bpd of spare capacity. In fact, in November 2011 production marginally capped the 10 million bpd figure at one coming in at 10.047 million bpd, according to official figures. The day al-Naimi said what price he was comfortable with ICE Brent crude was comfortably above US$110 per barrel. At 10:00 GMT today, Brent is resisting US$106 and WTI US$91. With good measure, OPEC’s basket price stood at US$103.49 last evening and Dubai OQD’s forward month (July) post settlement price for today is at US$103.65.

With exception of the NYMEX Light Sweet Crude Oil futures contract, the benchmark prices are just above the level described by al-Naimi as great and well above the breakeven price budgeted by Saudi Arabia for its fiscal balance and domestic expenditure as the Oilholic discussed in July.

Greece or no Greece, most in the City remain convinced that the only way is up. Société Générale CIB’s short term forecast (vs. forward prices) suggests Brent, Dubai and even WTI would remain comfortably above US$100 mark. The current problem, says Sucden Financial analyst Myrto Sokou, is one of nervousness down to mixed oil fundamentals, weak US economic data and of course the on-going uncertainty about the future of Eurozone with Greece remaining the main issue until the next election on June 17.

“WTI crude oil breached the US$90 per barrel level earlier this week and tested a low at US$89.28 per barrel but rebounded on Thursday, climbing above US$91 per barrel. Brent oil also retreated sharply to test a low at US$105 per barrel area but easily recovered and corrected higher toward US$107 per barrel. We continue to expect particularly high volatile conditions across the oil market, despite that oil prices still lingering in oversold territory,” she adds.

Not only the Oilholic, but this has left the inimitable T. Boone Pickens, founder of BP Capital Partners, scratching his head too. Speaking last week on CNBC’s US Squawk Box, the industry veteran said, “I see all the fundamentals which suggest that the price goes up. I am long (a little bit) on oil but not much…I do see a really tight market coming up. Now 91 million bpd is what the long term demand is globally and I don’t think it would be easy for the industry to fulfil that demand.”

Pickens believes supply is likely to be short over the long term and the only way to kill demand would be price. Away from pricing, there are a few noteworthy corporate stories on a closing note, starting with Cairn Energy whose board sustained a two-thirds vote against a report of the committee that sets salaries and bonuses for most of its senior staff at its AGM last week.

Earlier this year, shareholders were awarded a windfall dividend in the region of £2 billion following Cairn's hugely successful Indian venture and its subsequent sale. However, following shareholder revolt a plan to reward the chairman, Sir Bill Gammell, with a bonus of over £3 million has been withdrawn. The move does not affect awards for the past year. Wonder if the Greenland adventure, which has yielded little so far, caused them to be so miffed or is it part of a wider trend of shareholder activism?

Meanwhile the FT reports that UK defence contractor Qinetiq is to supply Royal Dutch Shell with fracking monitors. Rounding things up, BP announced a US$400 million spending plan on Wednesday to install pollution controls at its Whiting, Indiana refinery, to allow it to process heavy crude oil from Canada, in a deal with US authorities.

Finally, more than half (58%) of oil & gas sector respondents to a new survey of large global companies – Cross-border M&A: Perspectives on a changing world – conducted by the Economist Intelligent Unit on behalf of Clifford Chance, indicates that the focus of their M&A strategy is on emerging/high-growth economies as opposed to domestic (14%) and global developed markets (29%). The research surveyed nearly 400 companies with annual revenues in excess of US$1 billion from across a range of regions and industry sectors, including the oil & gas sector. That’s all for the moment folks! Keep reading, keep it ‘crude’!