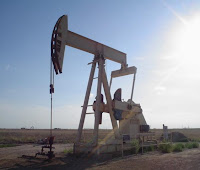 Russian production of crude oil overtook that of Saudi Arabia in 2009, thereby making the former the world’s leading oil producer, according to BP’s Statistical Review of World Energy.

Russian crude production rose 1.5% year over year, increasing the country's global oil output share to 12.9%. This compared favourably, for the Russians at least, with Saudi Arabia’s decline in market share to 12% of global output, following an annualised production fall of 10.6%. The difference may be marginal, but it gives the Russians some much needed bragging rights.

It does seem a shade ironic that BP should be bringing this data while the Gulf of Mexico oil spill saga carries on. However, to be fair, they have been publishing this particular data-set for years and are among the most reliable sources of oil industry data.

Following publication of the BP report, the International Energy Agency (IEA) revised its 2010 global oil demand forecast upwards by 60,000 barrels a day to 86.4 million barrels, on the basis of above expectation preliminary economic data from the OECD countries.

The new demand forecast suggests annual demand growth is seen up by 1.7 million barrels or 2% year over year from 2009.